August 18 2013: investigative journalist Glenn Greenwald's partner David Miranda is held for questioning at London's Heathrow airport due to Greenwald's close ties to the NSA whistleblower scandal. Among the possessions confiscated, Miranda's 3DS video game system stands out as an unlikely object of interest -- or is there something more sinister lurking within? In an unprecedented act of treason for a comedy website, Something Awful is proud to present the NSA's official report on the damning evidence found inside Miranda's video game system. 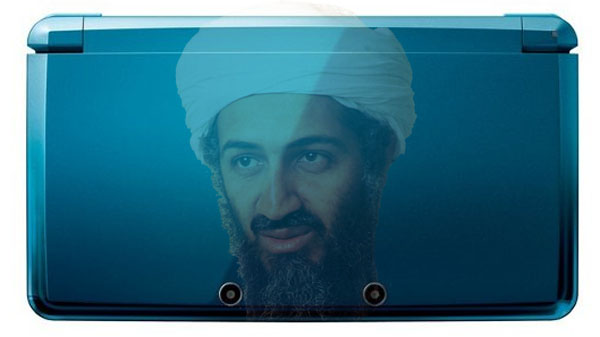 PHYSICAL DESCRIPTION: Blue-green. Lack of codewords or manifesto scrawled on device. Adhesive sticker of video game character "Pikachu" on outer shell. Touchscreen reveals light fingerprints and stylus marks. Water spots mark the top -- or viewing -- screen. A fine powder of anthrax or commonplace dust can be found inside the wells of A, X buttons (waiting for conclusive lab results). 3D slider has been pushed down the "off" setting.

ANALYSIS: Outwardly, Mr Miranda's 3DS seems to be just like any other, but that could be just the effect he's intending. His choice of the "Pikachu" character to adorn the outside of his gaming system seems to be an attempt to fit into the mainstream despite his ill intentions. The scratched and fingerprint-marked bottom screen shows a distinct lack of respect for his own possessions, a trait also found in suicide bombers. Mr. Miranda's lack of use for the 3DS's 3D functions are telling of a man saving his precious eyesight for a greater function, such as forgery (for more, please see the Steve McQueen film "The Great Escape.")

PHYSICAL DESCRIPTION: Flat, plastic tab contains a surprising lack of microfilm. Upon booting up the game I visited Mr. Miranda's "Butt Town" village for 20 minutes. I was greeted by unwatered flowers, animal neighbors asking where I (Mr. Miranda) have been. Mr. Miranda's avatar wore a t-shirt with a skull design, and filled his house with balloon furniture. I spent 30 additional minutes catching fish but could not uncover additional personal information about Mr. Miranda.

ANALYSIS: The state of disarray Mr. Miranda had left "Butt Town" in implies a man on the run, or one busied with the thousands of tasks necessary to undermine civil society. The skull t-shirt on Mr. Miranda's avatar shows an implicit lack of respect for human life and a fascination with death. Interrogations with members of terrorist cells reveal this same fascination with the sick and morbid. Additionally, I still can't catch a shark. 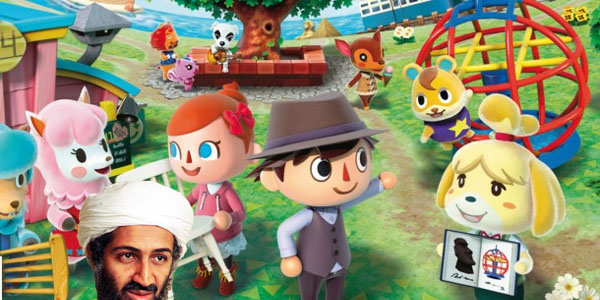 PHYSICAL DESCRIPTION: Old, difficult. Mario's strange 45-degree jumps made level 2-2 nearly impossible for this agent. Would not recommend, for fans of the genre only. 73/100

ANALYSIS: Mr. Miranda's interest in this game no doubt stems from a desire to test his endurance under torture. I mean, you pick up a Fire Flower and all of a sudden you start throwing these super balls that bounce around the screen? And then the turtles blow up after you jump on them? Anyone who supports this gross subversion of classic video game enjoyment does not stand for the principles that act as the foundation for our free and just world.

ANALYSIS: The presence of "Hell Raiser III," obviously the first weak link in Clive Barker's popular franchise, indicates Mr. Miranda's continued obsession with death. The famous "puzzle boxes" of the series can and should be considered otherworldly terrorist devices, though we can assume Mr. Miranda cannot open portals to hell in his current phase of disrupting society. Regardless, we surrounded his person with a circle of salt during the questioning process.

Mr. Miranda poses an extreme danger to the institutions we have built to monitor people like him. After his release from temporary detainment, we recommend the following action(s):