Donald Trump is on a hot streak. Currently leading every other Republican candidate by double digits, Trump seems to have weathered a series of brutal gaffes by using his trademark technique of "worse gaffes said in an angry voice."

It may be a bit early for Trump to start measuring for golden toilets at the White House, but it's never too early for the rest of us to play fantasy draft with a potential Donald Trump cabinet. The first clue about the sort of people Trump is considering for positions came during a radio interview. Trump suggested he would consider former Alaska Governor Sarah Palin for his cabinet.

Donald Trump Jr. as Vice President of the United States

No better man to be a heartbeat away from the presidency than a man who is pretty much a younger version of the president. Donald Trump Jr. has been groomed to replace his father since the moment he fell out of Ivana Trump in the VIP lounge of a cigar bar. Just like the original Donald inherited his great business acumen from his father (along with lots of money), Trump has made all of his children into executive vice presidents who appear on his TV show. Any one of the Trump children is ready to take the presidency, whether it's Donald Jr., Ivanka, or that one they keep locked in the penthouse apartment's attic that is just orange hair and a scowl.

Sarah Palin as Secretary of Health and Human Services

Described by Trump as "Somebody that knows what's happening. She's a special person, she's really a special person. She's got a following that's unbelievable." Straight-shootin' Sarah Palin is uniquely qualified to kick over the computer running the Obamacare website and shoo all the death panel people away by blasting both barrels of a shotgun into the ceiling. The self-described "hockey mom" strongly supports abstinence only sex education, which has led to an impressive teenage pregnancy rate of 1 in 3 among teens in the Palin household.

Rosie O'Donnell as Secretary of Labor

If Donald Trump wants to put together a Lincolnesque "Team of Rivals" for his cabinet then Rosie O'Donnell is the perfect person to tap. O'Donnell famously told Trump to "sit and spin." Trump fired back about O'Donnell, "She's not a very smart person, if you look at her IQ I guarantee you it's not up there." It's hard to gauge what cabinet position would be best for O'Donnell, but Trump is a simple thinker and I'm guessing he would want to make someone like O'Donnell work. Labor it is.

Penn Jillette as Secretary of Energy

Continuing the "Team of Rivals" concept, Trump could pick former Celebrity Apprentice contestant and gross libertarian stage magician Penn Jillette. Trump's most recent interaction with Jillette was to celebrate firing him from Celebrity Apprentice and then slam his stage show as being terrible.

Howard Stern as Secretary of the Interior

Remember satellite radio? Trump has made numerous appearances on Howard Stern's radio shows and could use the boost from Stern's base of mutant idiots. It's a great way to reach the Juggalo demographic without appearing at a Gathering of the Juggalos. Trump can pretend like he doesn't know what the Department of the Interior is all about and let Stern turn his cabinet seat into a media stunt while Trump secretly assigns his own companies all sorts of property rights. Maybe the resources of the position will finally let Howard finish that hilarious Fart Man script he has been working on for years. It's definitely going to be really good.

Bo Dietl as Secretary of Defense

Former New York cop, actor, private detective, and Fox News commentator Bo Dietl has a long history with Trump. He supervised security for one of Trump's buildings and attended Trump's 2005 wedding to model Melania Knauss. Dietl has called Nancy Pelosi a "little ferret," blamed Baltimore protestors for inspiring a cop killer in New York, and he sells turkey subs for Arby's. If he can figure out where Subway cuts their meat, he can find ISIS and put a wingtip where the sun don't shine.

After Donald Trump suggested that John McCain wasn't a war hero for being captured, many anti-Trump conservatives began to write his political obituary. The New York Post, in particular, declared Trump "toast" and bid him "Don voyage." But what was overlooked was Trump's actual criticism of McCain. Sure, he made fun of McCain for being shot down, but Trump's point was that McCain, for all his pro-military posturing, does very little for veterans. Sticking McCain in charge of the VA that McCain has stripped so much money from would be something like revenge.

Increasingly unpleasant in his later years, actor James Woods has become politically active in exactly the sort of way Donald Trump can appreciate. He likes to rant about Obama, New York Mayor Bill DeBlasio, and come up with catchy hashtags like #PigSharpton referring to the "disgusting pig" and "race pimp" Al Sharpton. Woods hasn't just played lawyers and cops in movies, he also has a firm grip on American law, as demonstrated by his recent $10 million lawsuit against a kid who called him a coke head on Twitter. Woods knows that when someone is throwing rocks, you throw back a nuclear bomb. It's the Donald Trump way.

America's Toughest Sheriff and scariest grandpa first joined forces with Trump in 2012's Obama birth certificate frenzy. Since then, Arpaio has had good things to say about the bad things Trump says about Mexican immigrants and the two have appeared together. With Trump in charge, Arpaio can stop worrying about Federal watchdogs and red tape standing in the way of the sheriff who defends our border with an artillery tank. As a bonus, Arpaio comes bundled with Steven Seagal, last seen in Arizona driving one of Arpaio's tanks in a raid on a cockfighting ring. This is clearly the sort of security our homeland deserves.

Caitlyn Jenner as Secretary of Education

When celebrity transwoman Caitlyn Jenner came out in April of 2015, she also revealed that she is a conservative Republican. With her on the team, it's a great opportunity for Donald to teach everyone a lesson about tolerance and satisfy the small fiscally conservative and socially liberal faction of the Republican party. Donald has also mentioned his interest in having Caitlyn Jenner judge the Miss Universe pageant. He has a spotty record with LGBT issues and pageants. In 2012 he initially forbid transgender model Jenna Talackova from participating. After a lawsuit and some further consideration, he announced to Barbara Walters that Jenna could compete and then took out an index card and noted that the first eight letters of Jenna's name spelled out a secret message. Genital. This is true. This really happened. 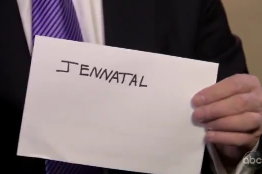 Which vanquished Republican foe might Trump choose as Secretary of State? Commerce? Transportation? It's easy to imagine a scenario where Trump passes Chris Christie to the Department of Transportation and makes him close bridges in districts that fail to support Trump. What about the cabinet-equal positions like Chief of Staff? A madhouse of Republican weirdos is waiting to have its cells opened for Trump's administration.