This year's E3 had its fair share of big stories.

A new model of the Xbox 360 was unveiled by Microsoft, along with the newly rebranded Kinect. The hands-free motion sensing peripheral was hyped with the help of a few hundred gymnasts, actors playing "live" demos while shouting scripted statements of surprise, and one genuinely interesting title. Which was a dancing game.

Sony shocked the world by announcing - brace yourself - an upcoming ad campaign for the PSP Go. They also revealed that their own motion control system, "Move", would only cost $49! For the main controller. The offhand controller will be an additional $29. And some Move games will require the Playstation Eye camera. But you can get a Move bundle that includes the camera for just $99! But that doesn't include the subcontroller. You can also buy a PS3 with Move for $399! But it doesn't come with... you get the idea.

The Nintendo 3DS was also shown for the first time. Not only did the 3D-without-glasses portable system work better than expected, but it was teased alongside a new Kid Icarus game. For those of you who aren't nostalgic nerds, this was like winning a new sportscar and finding your long-dead childhood dog in the trunk, now alive and wearing shades.

With so many headline-generating announcements from the big three, it was all too easy to miss the most important piece of information to come out of E3 - the plot of Driver San Francisco.

In Driver San Francisco, things are different. The game's plot is reaching upward at the cosmos with strained gasps and trembling fingers, its calves burning with exhaustion. Unfortunately, the thing its grasping for is laying on the dirt before it.

As in previous games, protagonist John Tanner drives cars. This time, however, he does it by possessing them. Spiritually.

He is able to do this because he has suffered an injury that placed him in a coma.

I have made up some ridiculous things in the past. I've outright lied to you just to make jokes that may or may not have been funny, but were certainly not worth the cruel cost of betrayal. This is not one of those lies. The makers of Driver San Francisco are truly hoping that when their game is released, you will believe a coma man can overwhelm automobiles with his soul. 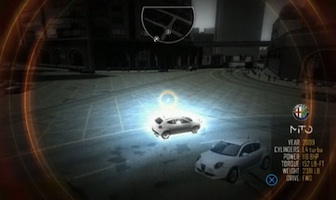 Now, I'm a thinking man. I can't remember the last time I caught myself not thinking. Not to brag, but if my thinking was measured it wouldn't be surprising to find out that I think at least ten letters per minute.

This intellect can be a burden at times. The last few days have been especially difficult, as the implications of Driver San Francisco have consumed my every waking moment.

If a car can be possessed by a man's soul, does that mean that the car itself has a soul? If so, what happens to it when Tanner takes over to drift through a pyramid of chicken crates?

If not, does that mean that anything can be possessed if your coma is awesome enough? If Tanner possessed an oven to help his undercover investigation, would he get burned?

If it turns out that nothing in the game is real and everything took place in Tanner's head, why can't I get a job writing for video games?

Most frightening of all, what would the coma dream's inclusion of chicken crates that could have just as easily been watermelons or glass plates say about Tanner as a person?