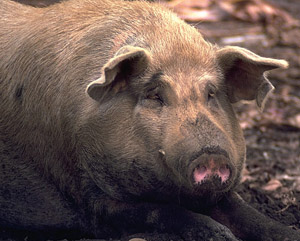 So where we last left off with Tooth Tooth, god?

Some sad shit, god. That boy Jeremy Birdcastle, the whitest kid in town, he tricked Tooth into tasting the hog.

So it was, god. Jeremy Birdcastle, that porcelain sorcerer, gulled our righteous boy Tooth into ingesting a morsel of the foulest refuse meat. Lot of people still ain't believe that shit. See, we all know Birdcastle be a habitual and irredeemable herb, right? Everyone know he the whitest kid in town and listen to Coldplay and them. We all seen him ride that bike, the one just the one gear and all that. Carry around that purse-ass looking shoulder bag and shit, like a herb. Those facts ain't in dispute.

I witnessed these facts myself; the boy white as hell.

Word. So the issue still in contention, god, is whether a creature so monst'rously white could ever game Tooth Tooth, the duke of these fabled streets, into doing the thing most hateful to him. We all know Tooth ain't dumb, he ain't some credulous mark. He never let his guard down for one minute, especially not when the lily-white flesh of a Yacubian abomination fall within his field of vision. He a little cockeyed, sure, but that just means his keen vision be pointed in two places at once, you dig, like a chameleon surveying he forest habitat for predators and bugs to lick on up. Tooth ain't never gonna get played for a chump, you dig? So wherefore might Tooth, so keenly aware as he be, fall into the trap of Birdcastle, the whitest cat ever? Now, this gonna sound a little crazy, but what if Tooth Tooth knew he was eating that sw--

Easy now. Damn. We just talking, cousin. We building here. You ain't need to slap me in the damn face. That shit hurt.

Just reflexes. Thought I heard you saying like Tooth ate that swine on purpose.

Not on purpose, exactly, you feel me? Like, he ain't want it to happen, but he allow it to happen. Maybe he never knew it was gonna happen, took him by surprise like all of us, but some part of his deep righteous psychology allowed him to blind himself to the treachery of Birdcastle. Keep in mind, god, he was at Birdcastle crib on a mission of peace, mandated by a judge, to let him build with a white devil so better to accept and understand the white devil.

I think I see what you mean, cousin.

Right you are, cousin. Not every single game, of course, but over time. The indisputable mathematical fact of chess is that, over time, black always gonna tend toward victory in the long run. Just how the statistics line up. White gotta keep making moves, tripping over his damn self; black just gotta wait it out. For whenever white makes a move, he puts himself yet deeper into disadvantage. Zugzwang, cousin.

But does not white likewise endeavor to put black at a disadvantage with every move?

Right again, cousin. White is the aggressor, whereas black simply desires to peaceably exist. But all black must do is play it cool, god, because in the long run, white ain't about shit.

A'ight, so. When last we left Tooth, he just barely got crawled up into his manse, his throat burning with the swine venom. Eagle flew up out the window, broke all the glass out, cause it knew Tooth been corrupted but it couldn't bear to peck out the eyes of its brother. And Tooth just passed out on the floor, head spinning with hog malaise. He fighting to keep his eyes open, for he know that if he let himself fall too deep into a poisonous porcine reverie, he might never recover. You remember what happen to Lil Chooby, right?

That's right: Chooby done tripped on a bucket and fall face-first onto a steaming pork sausage. Instantly lapsed into a damn swine coma and never woke up. Even in his swine-addled state, you know Tooth remember that shit, they was like brothers. Tooth trying to keep his eyes open, but they damn near swelled shut from the hog shock. He feeling around under the couch, looking for that hypo of swine antivenom, but he remember he used up his last dose on a righteous boy child who was at school and accidentally rubbed his eye after he done touched some bacon grease.

So Tooth Tooth got no choice, god. He just gotta lay down and let the swine take him under. He ain't got no help coming, he ain't got his eagle. Even the fine crafty Chinese bitches what usually all up in his business, climbing in through his air ducts just to rub up on him at night, even they ain't nowhere to be seen. Can't go get help, can't even walk up out his manse. Phantom still parked out in front of Birdcastle crib, too, not that Tooth in any state to drive. Just gotta lie there and feel the fiery swine venom inching toward his heart.