To the Guys in My Circle Jerk: It's Been a Blast! 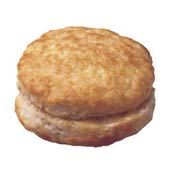 I've never been any good at saying goodbye, but now that I'm heading off to start a new life, there's really no way around it. I just wanted to say thanks to each of you for all the fond memories and great times. I have a hard time imagining I'll ever find a group of guys as awesome as you all. Thank god I'm irreplaceable, ha ha. No, seriously, it's not easy for me to write this. You guys are my bros, and I'll miss the hell out of you.

Anyway, the only way I can write this letter is to just take a moment and thank each of you personally.

Mark, I remember you being super shy at first, but it was a pleasure seeing you open up and become the rock star you are today. I think you'll agree as far as circle jerk groups go, we're one of the most welcoming. That's not to say we don't have our problems or our politics, but when it comes time to get down to business, we get down to business. Anyway, you had to go through a sort of trial by fire, because you joined right around the time Steve's power tripping got way out of hand. Talk about a micromanager! You stood your ground and showed us what you got, and you'll always have my respect you for that.

Sean, what can I say, man? Don't ever change. Keep doin' what you do. Just make sure your mom's out of town next time you want to do this at your house. All of us piling into your van to drive your mom to the hospital after she fainted was a total buzzkill. Glad she was okay and sorry again you had to sleep in your van all those months until she forgave you. OH! Shit, that "bonus round" we all had in your van that one night? Fuckin' killer, dawg.

Phil, there's not much I can say. You're a man of few words, but you always make 'em count. I'm sorry if I gave you crap early on. I thought you were in Steve's corner. I should have known it was just him playing mind games and it was wrong of me to lump you in with him. You always brought your "A" game, and that means a lot.

Jeremy, you are out of sight. Definitely the wild man in the bunch. Sometimes you'd totally break my concentration, but I can tell you had some issues to work out and I didn't want to stop you. You're like an awesome guitarist possessed by the devil. Sometimes you just had to go solo and exorcise something real wicked from your system. All we could do was stand back and watch and hope you'd find your way back to the circle.

Yo, Geoff, hate to say it, but I think you're too big for the group. I always felt like we were holding you back. Maybe with me gone you'll have more room to flex your muscles, but I really think it's only a matter of time before you're running your own group. You've got real leadership potential, way more than you realize. I know we all kind of agreed we'd be sort of anarchic and not have any leaders after Steve was voted out, but you've got that natural leader kind of vibe. It's just undeniable.

Brandon, I don't think I'm exaggerating when I say you're the glue of our group. The fact that you always brought a case of Diet Dr. Pepper and Mountain Dew Code Red really says a lot about you. I know most of us were just all about getting down to business, but I know you put a lot of thought into lighting and soundtrack and that kind of stuff. You really improved the quality of things. Dude! Bringing wet naps and paper towel? Genius. Made things so much easier.

And finally, the man, the myth, the legend! Ajay, I've saved the best for last. You were my rival, the guy I was always gunning for. More than once you made me angry as all heck, but you also challenged me to push myself harder. We had our problems for sure, man. I hated how you always brought your girlfriend and she'd sit in the corner texting or playing Tetris. I hated how you'd try to psych me out all the time, too.

I have a great deal of respect for you, even if we didn't always see eye to eye. I think in a lot of ways we're opposites, like fire and ice. When you put us together crazy shit happens, but that crazy shit is called chemistry. For the longest time I thought you were trying to be Steve 2.0 with the way you kept handing out advice or offering tips, but I can see clearly you're your own man and just trying to help. You're good at what you do. I just wish you wouldn't showboat so much. It's not a competition.

Guys, I mean it when I say I'm never going to find another group this good. I know I'll find another group good in a different way, but we each brought something great to the circle. I'll definitely come back to visit now and then, and hopefully some of you guys will come out and visit me.

I wish I could stay, but with me taking this new apartment, the commute is way too long and I really can't ask you all to drive 40 minutes to my part of town. I wish it were some other way, but gas ain't cheap and my car isn't any good for mileage, as demonstrated by me seriously pushing my luck in the bumming rides department.

P.S. Hey! Remember that time we talked about convening the group at the Grand Canyon? We still gotta make that happen.