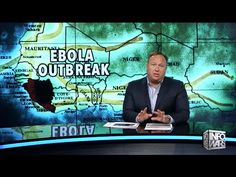 Ebola continues to ravage several African countries, killing more than 3,000 people to date, and threatens to spread to other countries. The United States has been on high alert since a Liberian visiting Texas was diagnosed with Ebola last week. While that patient continues to fight for his life, others remain under quarantine, and the threat of further cases of Ebola looms over the nation. Thankfully, we have the Internet to keep us up to date with the truth.

Proving once again that Internet radio hosts break all the biggest stories, Erik Rush has the truth about the origins of Ebola: 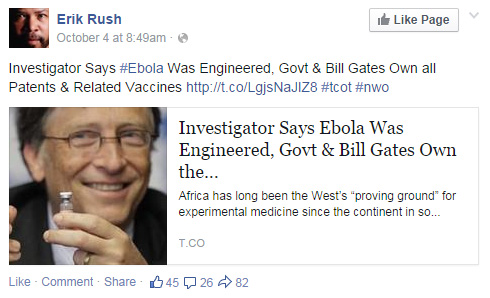 This guy might be the "investigator" that earlier Bill Gates headline was talking about:

Yo, this is your home boy lonnie. Check out this patent. What's up with that? Just sayin'. Later, gators.

Lonnie convinced at least two people of the truth:

I'd like to imagine an ellipse followed by an exclamation is sort of like a long pause after a sentence and then bugging out the eyes.