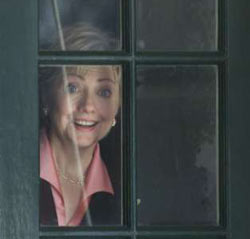 She's watching and waiting...This election cycle has given TV pundits and analysts a bounty of polling data to swirl around their rotten brains. They spend hours discussing demographic breakdowns, making bad predictions, and trying to analyze arcane delegate maps. It's a wonderful life for the number crunchers, even if they usually fail to reach accurate conclusions.

I am a humble watcher of politics, but I have spent the last ten days compiling data in an effort to remedy this situation. It is my hope that these nuggets of information will fit like puzzle pieces into the holes left by the professional pollsters to create a completed image. Maybe even a picture of a church, Paris, a dinosaur, or some very cute puppies. 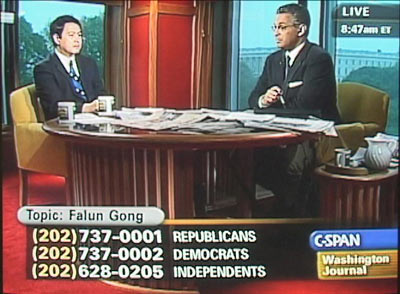 Average number of calls per hour: 16

Average number of calls pertaining to Ron Paul per hour: 7


Most common topic of caller to CSPAN: Inadequate media coverage of Ron Paul


Second most common topic of caller to CSPAN: Barack Obama cannot be trusted (various reasons given)


Most common grievance directed against CSPAN by callers: Failure to discuss Ron Paul on CSPAN


Time spent on a static shot of an empty podium: 46 minutes per day