Reading Time: Talking with a Panther

Three months have passed, and still the piteous colossus Stevie takes refuge in Hepzibah's Old Fort, his nose now inured to the fresh-dirt stink of decaying wood and the incontinent musk of the elderly. He hasn't heard from Max, his only friend, but then he also hasn't been apprehended by the Instructors and Generals, who might be pursuing him as a deserter. The haphazardness of post-apocalyptic correspondence has its pros and cons.

With nothing to differentiate between days, time has escaped largely unobserved, until today. Today Stevie spots an unsolicited guest, a feline oddity striding confidently toward him, its tail curled inquisitively between its hind legs.

Stevie: You said human words! You are a trickster. Are you my father?

Panther: I suppose we are related, in a way. I have been trained at a Facility. And, judging more by your unorthodox appearance than your modest grasp of language, I gather you have been as well. Egad. Listen, I am weary and would like to rest, are you the proprietor of this dwelling?

Stevie: I am Stevie!

Hepzibah: Boy, stop sweet-talking that rat and start slapping it down to size! Look at it, walking on its people legs, like it's the King of Portugal!

Hepzibah: Oh, so you's a talking rat. A giant, pink talking rat. Well, I'm not impressed. Hepzibah's seen it all. Now, you can stay a spell, sonny, if that's what you're wanting, but you damn well better entertain me with some sort of story. And no rubbish about heroes and costumes and True Lessons! I get enough of that from Petri Dish Kid over there. 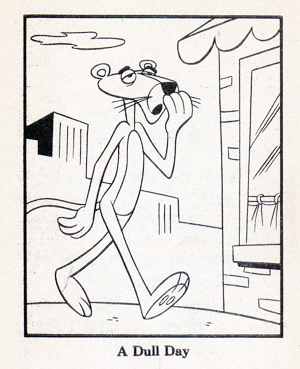 P: Very well, madam. My epic tale begins on a dull day, just like any other. I could barely summon the energy for a satisfying yawn, such was my ennui. The reasons for my stifling malaise were manifold, from my unfulfilling...

H: Sonny, every day parts of me just stop working, and I'll never get them back. I lost an eyelash, a finger and half my spine just while you were yappin'. My feet didn't fall asleep, they died. Now, that ain't your fault, but the point is, the whole of me will keel over soon, so I don't have time to listen to some overgrown rodent belly-achin' about sissy stuff. 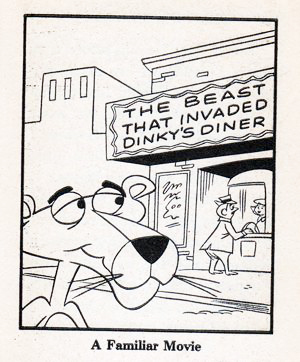 P: Ah, well, where was I, or where would I be, were I to skip essential character development... Ah, yes. I ventured to the local theatre, and I was delighted to see a revival of the old classic "The Beast That Invaded Dinky's Diner." Now, if you're not familiar with this little charmer, the protagonist Dinky is a bit of a scamp, always cutting corners. He uses cut-rate ingredients and condiments, like "sugar substitute" that's actually chalk dust, and "red wine vinegar" that's really diluted battery acid siphoned off the garage floor. Well, one night Dinky was pouring motor oil down his urinals like he always does at closing time, when a hideous monstrosity of a sea serpent emerged from one of the toilets. "Dinky, old buddy," it said, "I've come to warn you that a beast..."

H: I thought we were gonna hear a story about you, not some hash-slinging miser and his worm girlfriend!

P: Good heavens! Here, I'll continue in hopes that I can satisfy your insatiable desire for a very specific kind of story. 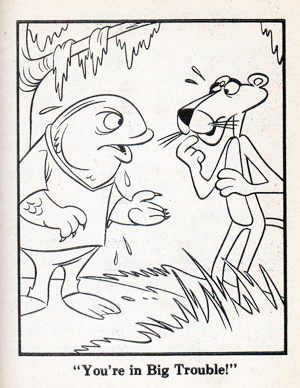 P: Presently, I personally encountered a talking fish with terrible claws on the hands it inexplicably had. Don't ask me how I came to find an exotic creature of the sea having just left a movie house, because some listeners aren't interested in the subtleties of such journeys! Regardless, the Fish Man was not unknown to me, because he was a fellow student at Facility 1392, where the Instructors are tasked with imparting True Lessons upon beasts of nature. I had left the Facility without permission, you see, and he was trying to wrangle me back into the fold. 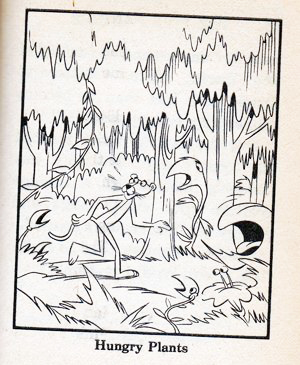 P: I eluded the Fish, but I soon chanced upon another example of dastardly experimentation, sentient plants from a Facility at which they encourage the fauna to become carnivorous. I could not ascertain the identifying number of the Facility in question, as these plants were only capable of a very low level of discourse, consisting entirely of complaints about their hunger. "Feed us," they would chant no matter what I queried them. "We are starved for flesh!" If you've ever wondered why so few plants become heroes, I contend it's due to the woeful education they've received.