Bin Laden Determined to Strike with the Mentally Disabled 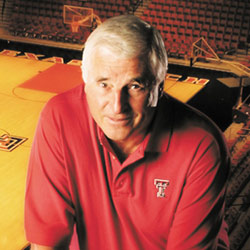 I swear to fucking allah, Jabbar, if you don't pick up your game I am going to choke your ass out!Turn on the TV for five minutes these days and you'll realize that global terrorism is not what it used to be. There has been one failed terror attack after another, each more feeble and pathetic than the last. It took me a while to figure out what was going on, but I think I have finally nailed the issue.

It is a sad state of affairs, but my 8th grade gym coach was right about global terrorism. Admittedly, he thought he was talking about making three-pointers in basketball, but he was still right about global terrorism. He used to tell us, "practice makes perfect" every time we started in with our basketball free throws. Eventually we would learn to judge the right amount of force to use when throwing the ball and we would stop lobbing them over the backboard. It takes a lot of practice to regularly land a three-pointer from the foul line, so I would imagine it takes a lot more practice to successfully execute a terrorist attack.

I have been informed repeatedly these guys have a terrorist training camp system, I've seen them on the monkey bars, but something has really fallen off in recent years in terms of quality. Better pay for teachers and smaller class sizes might help some, but we're talking about a systemic flaw. Terrorist attacks are losing a lot of the pizzazz they once had.

I'm willing to give international law enforcement agencies some of the credit. I'm sure they have become very good at catching things like Indian guys standing around a park taking pictures of geese or Mexicans buying maps of Washington. I'm also sure the US military and its allies have done some really incredible bomb-dropping and bullet-shooting. There are enough videos on Liveleak of houses exploding as soldiers yell "fuck yeah!" to convince me completely. 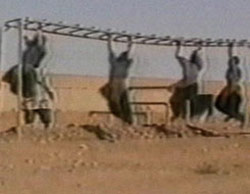 The monkey bars curriculum at terror camps has really gone downhill.That still doesn't explain the deficiency in the terrorists we are seeing. The real reason we keep having these really shoddy terrorist attacks goes back to what my coach told us in 8th grade.

Great advice for kids lobbing basketballs, but it turns out it's really really really hard to practice blowing yourself up until you're perfect. The first time you have a scrimmage everyone on your team dies instantly. You can't learn any lessons. You can't go back to the locker room and talk about how you can go back out there and beat them after half time.

The coaches or managers or whatever metaphor you want to throw in here, those guys are still alive. You've got the same guys cooking up brilliant plans sure to drive fear into the hearts of the Western devils, but now they've got the dregs out there executing these master plans. As the quality of terrorists has continuously declined over the past few years, the quality of the terror attacks has dropped off sharply. These days we'll be lucky if we get a suicide bomber in a dollar store trying to light a string of Black Cats hot-glued to his t-shirt.