The fall season of television programming draws near, its outline barely visible across the shimmering hardpan scrabble of the summer TV wasteland as it sidesteps the bleached bones of Law & Order reruns and brings a dusty boot down upon Stephen Colbert's cast, a discarded plaster shell that has long since been wrung dry of its last drop of life-giving entertainment.

In a matter of days, we will finally have the answers to the questions that have made our miserable lives worth holding on to since the end of last season. Does that rascal Charlie Sheen still enjoy sleeping with attractive women? Can 24 manage to recycle even more plot elements than last season? Why do you have to pay extra money to get Sunday Ticket NFL games in HD when the games that you're already paying nearly $300 to see were natively broadcast in HD to begin with?

This truly is a golden age of television, or at the very least a really nice stainless steel age with a heartfelt inscription on the back. While there will always be a few horrible programs to keep food on Aaron Sorkin's table, the content on television is generally more entertaining and compelling than anything available at your local movie theater. There is, however, just one tiny thing that could make TV even better: A fuckton of censorship.

I know what you're thinking, and I miss the days when Lowtax was the only guy who updated the site too. Let it go, man.

I know what else you're thinking, and while I'm also against censorship in principle, there are some things that should never be broadcast on television. If we scrapped the current list of banned content and prohibited the following material from public airwaves, television would realize its full potential as a tremendous way to keep family interaction to a minimum. 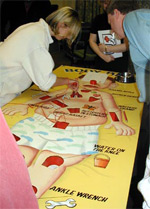 Oh _fcksavedurl=Anthony Bourdain's food & travel show No Reservations has a ten second Mature Content warning before every segment of every single episode, and the most offensive thing I've ever seen him do is wear a pair of cutoff jean shorts that were a little bit too small for him. Surgery footage, however, requires absolutely no warning. How did that happen?

One commercial that appears on major networks in the afternoon features close-up shots of an actual operation on someone's head. Here's a gaping hole we carved behind some poor guy's ear, right at the base of his skull. Here's a huge throbbing artery, split wide open so you can see inside it. Here's a growth we're removing from said artery. There's your lunch, all over the coffee table.

Surgery is some of the most disturbing shit ever to be captured on film and it's all over the place, from news broadcasts to surprise segments on the Discovery Channel.

NARRATOR: Scientists believe this breed of shark may hold the cure to cancer like the gigantic tumor seen in THIS OPERATION ON THIS GUY'S BALLSACK! That thing's the size of a Nerf football and it's gristly as hell. I bet it tastes nasty! Hey, let's zoom in real tight and see what that wiggling orange flap is. Maybe the surgeon will pop it with his scalpel to see if there's any liquid in there.

I don't have a problem watching a dozen guys get their faces shot off, not because I'm desensitized to violence but because I know it's fake. I don't have a problem seeing a celebrity's bare breasts for pretty much the same reason. Show me close-up footage of a scalpel slicing the cornea out of an eyeball, however, and I'll be scarred for life.

Unless you have a wayward dog, whistling in public is like saying "Hey everyone, look at me!" without taxing your poor brain with the formation of actual words to articulate the concept and the manipulation of your lips, tongue, and vocal chords to say those words in the right order.

Turn on just about any sporting event and you'll hear some jackass whistling until their lungs collapse, most likely when the rest of the crowd is relatively quiet so their attention-starved cries for help can be most effective. Moments of silence or prayer are ideal for this particular brand of dickery. After all, there's no better way to pay tribute to the memory of Pat Tillman than to sharply wheeze a nacho-scented gust of wind through your pursed pair of sausage lips that have been properly lubricated by a breakfast six pack of Schlitz.

If you've never seen these commercials, I envy you.

A young girl with a bad haircut and an elephant (which serves no purpose besides lending the commercial as much artsistic cred as a film school project) spreads the word on DLP technology while holding a small box that's one part Rubik's cube and one part Pulp Fiction's glowing briefcase. The girl displays how much smarter she is than the adults she encounters by reciting excruciating lines like "When the big men play, it will all be new again for the very first time", "It's amazing, it's the mirrors," and "Time for a Monday neologism: Post-genre."

I truly hate that little girl. When I see her, it makes me want to do something that would probably make you think of me as a monster, something I never thought I'd be capable of - turning the T.V. off.

The larger and more obnoxious cousin of "um" and "well", this phrase is a conversational crutch that people begin sentences with when they need to stall because they are too stupid to speak in realtime. It is far worse than any curse word because it is capable of causing hemorrhages in the brains of those who are subjected to it approximately eighty times during every single newscast that features an analyst or political pundit.

If you use this phrase by mistake then you are a bad person, and if you purposefully use it as though it has some sort of meaning, you should be launched at the surface of the sun in a rocket made of hate with a starved lion as your only companion. 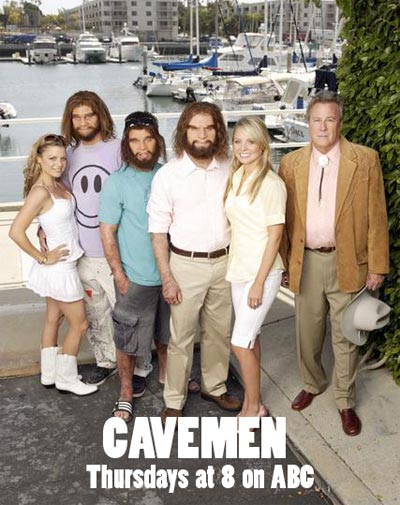