Oh, it has been so long since I last lived on Gabbington. Mum said we won't be going back anytime soon and that makes me ever so sad.

How I do miss the sunsets there! Seeing those two stars set in the horizon with the moons already aglow, well, it just sent my spirits soaring! Mum said not to stare at the suns, but I could not help myself. They were just too pretty!

I miss all my chums there. Bigby, Egbert, Spurnzy, and the rest of the gang. Life just isn't the same without Bigby's jolly laugh to punctuate the good times. I think his father was prone to drinking and losing his temper, and that is why Bigby's face was so often bruised. Mum said not to say such things, but I know it in my heart to be true.

Of all my chums Egbert was my most favorite. Egbert's father owned a sulfur concern on Flogbert IV, and they spent many months there. I never got to go myself, but Egbert's tales of sulfur mining did excite me ever so much! He said it always smelled of onions there. How silly a place! 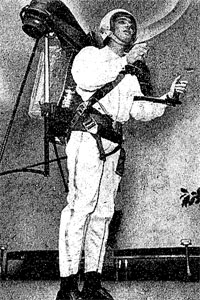 Mr. Spurnzy was a much better pilot, though sadly he died in the Kolob Wars when a maniac zinc miner smashed his face in with a spade. Spurnzy was then sent to live with an uncle who carved widgets out of corn cobs. Such a strange man. "There's no dignity in that," said Father.

No dignity at all. Poor, poor Spurnzy.

Times were not always great in the old homeland. It was ever so hard to find good help there. Father would get so angry with the quality of workman available. It made it so difficult for him to run his business providing pipes for lasers to go through. 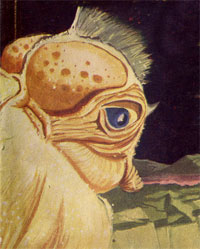 Mr. Ablehands was always the worst. I am most certain that man spent as much time drooling as he did working. Mum said it was rude to say things like that because his people couldn't help it. Father said his race hadn't adapted to the atmosphere of Gabbington, and it made them very ill all of the time.

I remember when Mum scolded me for throwing a pail at Mr. Ablehands. I just could not help myself! That man angered me such for always vexing Father. Had he been half the worker he claimed to be, he could have caught that pail with any one of his seven hands.

Later Mr. Ablehands expired in the yard. Father said the toxins in Gabbington's air finally got the better of him. We put his body in a box, though it was mostly goo by that time. Mr. Brimsaddle picked up the box and couriered it back to Karkon, where Father first purchased Mr. Ablehands. Mr. Brimsaddle said the air there is full of helium and the gravity is much, much lower. What an absurd place!