A Trip to Old Console Hell, and What I Found There

Every time a terrible new console comes along I sell the old one. This immediately results in lifelong regret. Although I have ruined several profoundly meaningful relationships in my life, the one decision I would go back and change is the day I sold my indigo GameCube (the greatest system of all time) and white PlayStation 2 slim: 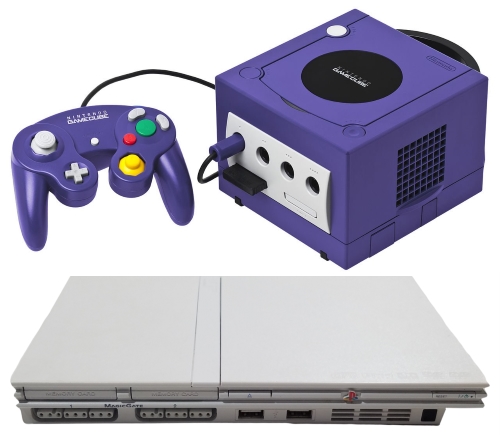 So a few weeks ago I decided to track down those particular models on online auction "web-sites". My goal was to spend around the price of a new game ($60) on each system. How did that go? Ahahaha

My first search for an indigo GameCube deposits me directly into an EXTREMELY haunted zone: 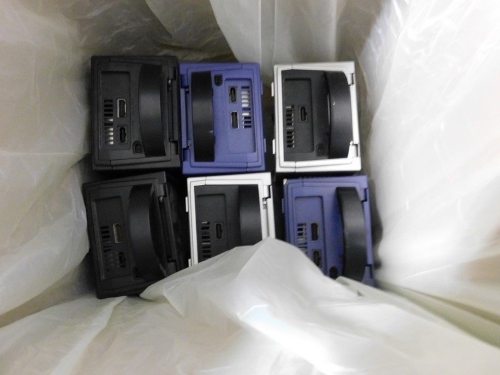 The tattered ghostly material. Not one but six GameCubes, a number meant to beckon the devil. The hardware facing a dark corner like that dude at the end of The Blair Witch Project. Very tempting! Let's just click the next image to see if there's a better view: 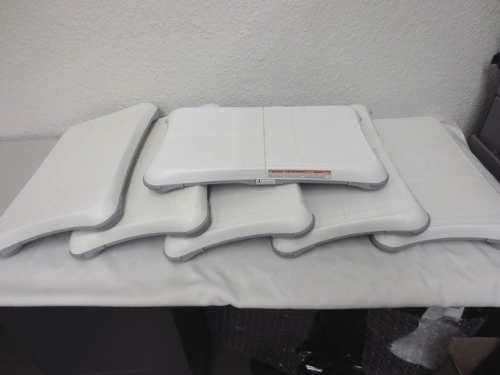 Let's just... slowly back away and change course. Here's a GameCube controller. Wonder what the condition is... 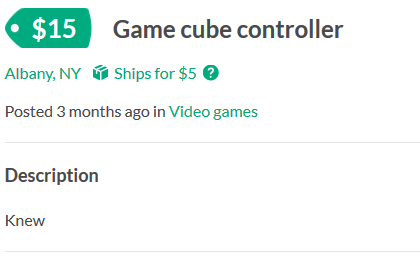 Nevermind that, I think I just discovered the dang holy grail of gameing:

Unfortunately $80 is slightly out of my budget, even for an item of such importance. Time to temporarily set the GameCube search aside and look for that white PS2 slim: 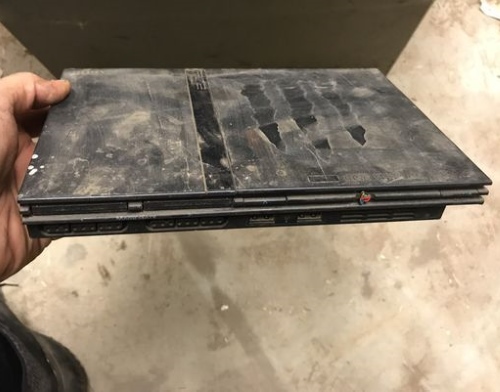 Not exactly white. I'm sure that in a few more years it will be uniformly off-white, but I don't have the time for that. I am a VERY BUSY MAN and I need my fifteen year old toy right away.

The next result is promising but suspiciously cheap. Does the unit actually work? Doesn't say anything in the description. Maybe there will be a photo to demonstrate that it powers on. 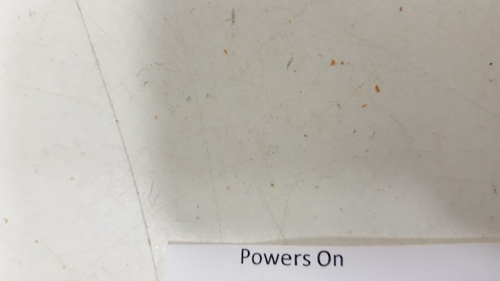 Turns out there are fewer white PS2 slims than indigo GameCubes, and the ones in decent shape are too pricey.

Here's an original fat PSP (a system I never owned) with eight games I don't particularly care about plus Monster House on UMD for thirty bucks, with three minutes left in the auction. I bid on impulse. I lose. Now, for no good reason, I want a PSP. Here's another auction for the same model with no games. I bid. And win. Wow!

After paying for my PSP I get a message. The winner of that first auction backed out. The PSP and eight games (plus Monster House on UMD) are mine if I want them.

And so my single-minded hunt for an indigo GameCube and white PS2 slim ends successfully with me owning... two PSPs. And Monster House on UMD. This is all real. I am a fool.

Guess I'll be keeping an eye out for more PSP games. Or, as the experts call them: 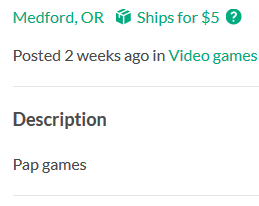