The Mockingbird Imperative: A Cyberpunk Thriller

Recently, HarperCollins announced the publication of a new novel by famed author Harper Lee, who hasn't written a single book since 1960's To Kill a Mockingbird. While some would call this act the exploitation of an 88-year-old woman with a deteriorating mind, we at Something Awful are nonetheless proud to present an excerpt from this formerly lost manuscript that drops Mockingbird's cast of characters into the war-torn cyber future of 1999. 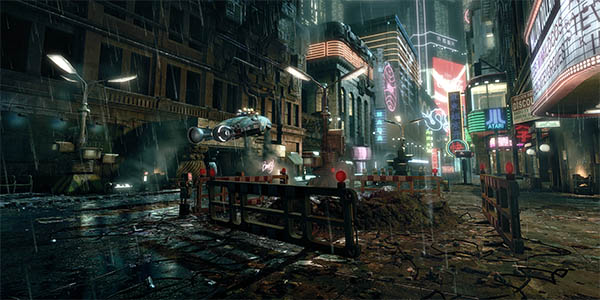 Another sweltering day in Neo The South. Scout raised a sweaty test tube of refreshing lemonade to her lips, before pausing briefly to lob a comment at Jem. "800 credits down the hatch," she sighed as the last few drops trickled down her throat. Jem looked up from his business, and their eyes met. "Don't know how you can still drink that stuff. The synthetic mix costs half that and stirs itself." He brought his chrome fist down onto an unsuspecting walnut, then raised it to admire the many wires and circuit boards running up to his elbow. "Remember when this thing used to give me trouble? C.A.P.O.T.E. sure knows his biomods."

A rotating head with a wry smile materialized on the central vidscreen. "Did someone say my name?" Scout sighed and slipped her thin, glass container into the waste disposal portal on her command console. "Jem, you know that stuff is churned out by a bunch of waste-head blastoids from Sector 47--I'd sooner lick the bumper of a Jupiter-bound garbage transport." The rotating head once again made its presence known: "Excuse me? Computerized Assistant Providing Obvious Technical Excellence reporting for duty!"

Jem activated a small mechanical fan implanted in his wrist. "104 degrees," He muttered. "Things sure weren't like this when we were living in the Great Depression and not the future." Scout looked up briefly from her console before downing a handful of calorie pellets as a wave of confusion washed over Jem's face: "Remind me, Scout... What was The Bio-Wakening?" Scout dialed up a holo-window on her command console, then spun it around to face Jem. "Oh, you mean the little ol' thing that affected all civilization forever in the fantastical year of 1994?" Jem nodded shamefully while fiddling with a knob near his elbow.

"Then this heat must be really getting to you, Jem," Scout grumbled, "If you don't remember that 1994 was the year cyborgs--bio-humanimal robots--were officially recognized as human beings in our 58 States of Mexo-America. Since then, we formed the Atticus Cyborg Justice Center to fight the same kind of prejudice that nearly ripped our small town apart when we were kids." Jem popped the last nugget of walnut into his mouth. "Thanks Scout, I knew I was forgetting something. It's a good thing Science helped us live so long."

"Some of us aren't so thankful," Scout muttered as she pulled down a vidscreen. "Message incoming from Operative Dill," she stated as the dim tube flickered to life. The top of a sandy blond head appeared with the trappings of a dingy food station behind it. The speakers echoed his tiny voice: "Operative Dill reporting from food station #107-9A. Ordered and expensed egg meal and bread paste. Witnessed a cyborg given an improper amount of condiments, but no actionable items at this point in time." Scout brought her fist down on the console and nearly erupted. "Those byte-brains! We'll nail them sooner or later."

"What about Agent Radley," Jem asked. Scout lifted the viewscreen. "Still incognito, I'm afraid. I checked the knothole of our agreed-upon holo-tree, and haven't seen anything in days. But I know he's onto something." Before disappointment could fully sink in, the lighting in the Atticus Cyborg Justice Center flickered briefly, and the room's numerous vidscreens began to lower at once. Jem scowled, "You trying to blow our converters?" A solemn look crossed over Scout's face. "It's not me, Jem."

A face shrouded in darkness materialized on every screen. "Greetings, Scout and Jem." Jem's eyes widened as he sank into his chair. "Mockingbird!" "The very same," the vidscreens answered. "You may want to look into an incident involving a cyber-chiffarobe and a possible sexual assault. Word has it a cyborg's to blame." The metal walls of the Atticus agency shook with Mockingbird's hollow laughter.