I Might Have Misremembered Defeating the Beast With the Krull Glaive 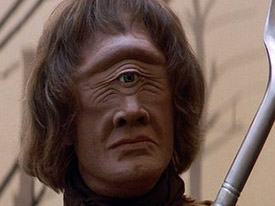 In an effort to honor and thank the cyclops Rell, who gave his life holding the gateway open into the Beast's Black Fortress for me and many other great warriors of Krull who battled against the Slayers, I made a mistake in recalling the events of twelve years ago. I want to apologize. I said I destroyed the Beast with the Glaive, a spinning five-pointed blade that I retrieved from inside a volcano; I instead only wounded the Beast with the Glaive. I joined my fire magic with my girlfriend, Princess Lyssa, to finish the wounded Beast.

This was a bungled attempt by me to thank one special cycloptic veteran, and by extension, all the brave warriors of Krull, warriors everywhere, and all those who fought the Slayers. I hope they know they have my greatest respect.

Keep in mind, everything else I have told you is true. The flying horses with the burning hooves, the bog, the stuff with the crystal spiders. That all happened exactly as I remembered. I think there was a luck dragon, sort of like a big floppy white dog monster that flew me around. The whole town was taken over by these little monsters called mogwai, I found Chester Copperpot's skeleton, and there is no evidence autism is linked to vaccines. You have my word on that one.

Trust is a very important thing in the media. You might almost say it is our currency. When you want objectivity and truth, you go to TV news, the last bastion of honest reporting. If I in any way tarnished this long history of speaking only truth, because of your interpretation of my bad memory mistake I made, then I apologize for that also. 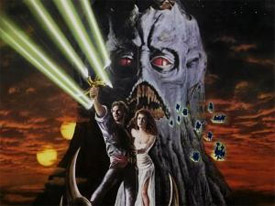 The last thing I want you to do is give you the impression that I am dishonest just because I might have misremembered the exact details of something that happened twelve years ago. To be honest, most guys I talk to don't think it's that big of a deal. I mean, we have done so many stories about veterans, it's like, guys can't you cut me a break? I realize I didn't kill the Beast all by myself, but how many times do we have to go to Walter Reed and talk about the VA and show some warrior with a prosthetic arm that can pick up eggs before you cut me a break?

I'm just an honest guy, trying to make my way in this world. When you need information, I want you to rely on me, funnyman hero Brian Williams. Remember when I went on the Daily Show? Huh? And when Jimmy Fallon made me rap sing? That was good, right? The sort of thing you want to believe.

Like reaching into magma without being burned, because I am a fire spirit, like my girlfriend, and I can hold the Glaive blade. Do you think John Daly can hold a Glaive? The guy has never even met a cyclops. Scott Pelley over at CBS doesn't know what the fuck when it comes to Glaives. If you could only see the noodle arms on that guy.

Don't get me started on the cable channels. Nothing but nonsense.

Trust me. Krull guy. Still cool and tough Krull guy, just, maybe 20% less Krull guy. Still support the troops. Still telling you the truth. Just a little less Krull because of one little mistake of memory. There's no way any other holes are going to be found in my story.