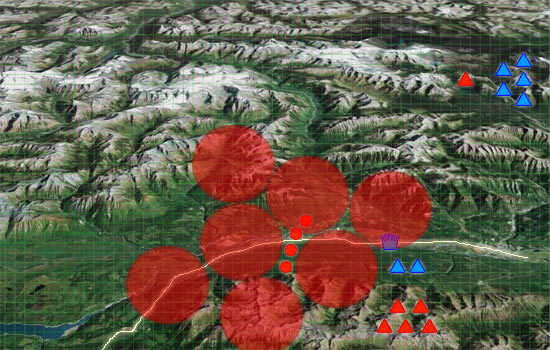 We believe that a single enemy fighter is located to the north and we have dispatched the ace 122nd Peacemarian Guardian Angels Squadron to intercept it. They will assist you in protecting the royal limousine by flying around in an endless dogfight with the enemy fighter. 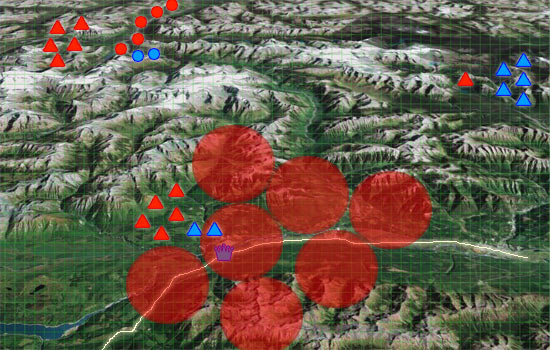 A unit of the 93rd Peacemarian Ineffective Tank Force is located to the north along the Murder Canyon Highway. These forces are attempting to delay the arrival of a very large Rustovokian ground force that will cut off the retreat route. They are also coming under attack from the air.

You will be repeatedly radioed by their commander to assist them just as bombers arrive to attack the royal limousine. You must destroy these and assist the ground forces by destroying every single enemy unit or all will be lost.

If you need to reload you can fly all the way to the south, by which point the royal limousine or one of your other mission critical objectives will be destroyed, causing you to fail the mission and Peacemaria to lose the war. 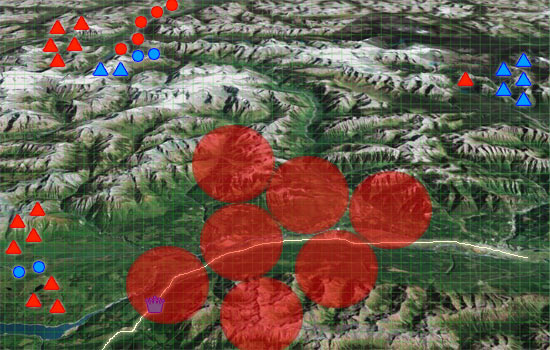 As you are entering the airspace above the 93rd Peacemarian Ineffective Tank Force you will trigger the arrival of a column of civilian refugees inexplicably entering the mission area from the west. These will come under massive air attack from Rustovokian aircraft. There will be five trucks of refugees. If three or more are destroyed then the mission will be failed and for some reason Peacemaria will lose the war.


At this point several slow-moving friendly transport aircraft may attempt to fly across the map while being attacked by Rustovokian fighters. If this happens, you must save them. Their arrival depends on some vague supernatural force command refers to as "the difficulty level."