When a local resident collapsed in her home on Monday morning, a quick-thinking pup saved her life.

Darlene Crawdaddy suffered some sort of medical attack that left her lying on the floor and almost certainly at death's door. That was when her dog, in a display of brilliance and compassion, knocked the nearby phone 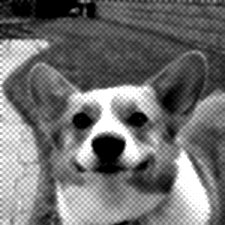 out of its cradle and dialed for help.

The pooch's call went through to a local pizzeria, where his hungry warbling was translated into an order for two large pepperoni pizzas. Twenty-odd minutes later, the shifty delivery guy showed up to the house. When no one answered the door, he peered through a front window like a criminal and discovered the collapsed form of Ms. Crawdaddy.

Trying the front door (presumably to steal something), the delivery guy found it unlocked. He set the pizzas up on a high shelf and called 911, kneeling by Ms. Crawdaddy's side and bothering the poor woman with ceaseless chit chat until the ambulance arrived.

Meanwhile, the hero dog was very concerned for the woman whose life he had saved. He spun in circles beneath the pizza, jumping as if trying to pull it down, occasionally stopping to growl and bite the untrustworthy pizza delivery man.

Before she passed away, a clearly confused Ms. Crawdaddy claimed that the dog did not belong to her, and that she had collapsed in shock at its sudden appearance in her kitchen. Although the autopsy did not reveal any signs of head trauma or psychosis, it did not specifically rule out either condition.

A horrific car accident could have been much worse if it weren't for our brave Hero Dog.

Just three days after saving his owner's life with a phone call, Hero Dog witnessed a collision between a monster truck and a glider plane making an emergency landing on Route 18. Seven people died, and an eighth lost 4/6ths of his torso. As tragic as this was, it was on the verge of spiraling further out of control.

Displaying his trademark fearlessness and intelligence, hero dog ran to the mangled wreckage and began urinating everywhere. His tail was wagging because he was happy to help. He repeatedly bit the only surviving victim - keeping him awake so that he wouldn't fall into a coma.

Thanks to Hero Dog's thorough urine dispersal, fire did not consume the scene of the accident and spread to engulf our idyllic town. In fact, there was no fire at all in the first place. On behalf of everyone we would like to thank our beloved hero dog.

A missing nine year old boy with a lazy eye and a terrible haircut was brought safely home today by Hero Dog.

The boy, who has not been named by his parents because they can't decide between Julian and Weakly, went missing three weeks ago. Many had feared him dead or pinned beneath a very heavy book or abducted by forest spirits.

Thankfully, Hero Dog never gave up hope. He discovered the lad pinned beneath a very large bag of discarded frozen burritos in an abandoned lot. When Hero Dog ate enough of the burritos to free the boy, he wisely bit the child. This made the boy run away screaming and crying. According to Hero Dog's plan, a passerby discovered the kid and called the proper authorities. Those authorities were police men.

A group of masked bandits attempted a daring daylight robbery of Town Bank on Friday. Unfortunately for them, Hero Dog was on the case.

When the crooks forced bank manager Gerald Normalname to open the vault, they were in for a nasty surprise. All of the money - stored in burlap sacks with large dollar signs printed on the sides - had been chewed up. Hero Dog was splayed out in the center of the vault, licking himself. He locked eyes on the robbers and sprang into action, running from the bank and biting a nearby police officer.

The officer called for backup, which accidentally rear-ended the dejected thieves' getaway car. 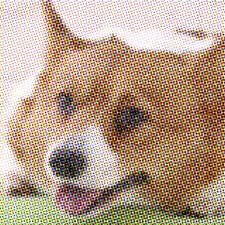 A long-standing argument between local women gave way to bloodshed on Tuesday night.

For years, Francesca Wheelbarrow and Olivia Pronoun debated the merits of their favorite weapons. Francesca claimed that her chainsaw was the better instrument of violence, Olivia preferring the heft and simplicity of her sledgehammer. Their disagreement reached a boiling point when the women got into a shoving match, then broke apart to grab their respective weapons.

Hero Dog arrived on the scene just as the battle unfolded. It was a gruesome sight, with limbs hacked and crushed, blood splatters and broken teeth littering the scene. Someone was surely going to die.

As the two exhausted fighters braced themselves for one final clash, Hero Dog began laughing. Very clearly laughing. Disturbed, the women backed away and retreated to their homes.