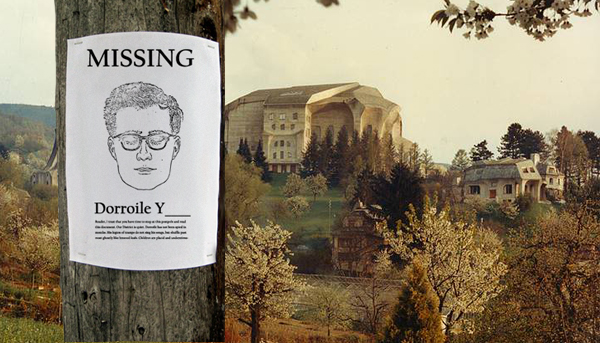 And so your Claude must suffer it all so smilingly for now and ever, for all my life. I cannot resign my position and suffer humiliation in private, or through his shut eyes he would somehow know. I know that Dorroile will be back if I shirk my punishment. And if The Worst Guy returns, his humiliations will rain down double on us all.
Your Head Better Superior advises you that Dorroile is gone. All things will now happen as planned. Disruptions will henceforth be minimal. This Bulletin, along with any prior Bulletins publicizing his lunar antics, will soon be stricken from our archive. His name shall not be spoken; offenders will be tethered to the pole. Should a wide-eyed youngmartin visit the Weep, and should that youngmartin ask "who is that, the nude man who is drawn so awful, who seems to dance so gruesome even frozen in paint, who defeats the room with his shut-eyed gaze, who humiliates us with his fading portrait," you are advised to answer, "that was the Worst Guy."
Bless Swimp forever.