After Last Night's Broadcast, I am DONE Listening to the Captain Midnight Radio Serial

As your average fella of the late 1930s, I want NBC Blue Radio Network and their sponsors at the Skelly Oil Company to know that they have lost another listener after what I heard last night. And there will be spoilers, so if you haven't yet listened to the broadcast from last night, you should probably keep reading, because they never rebroadcast episodes.

I think it's fair to say many loyal fans have had it with Captain Midnight. After last night's unbelievable twist in the Captain Midnight plot I am done. Finished. I felt sick for hours afterwards and I cannot believe the disgusting writers of Captain Midnight would subject us to that. I want everyone to know: I am done listening to Captain Midnight. I am telling everyone, from the soda jerks at the malt shop, to my coworkers at the fish cannery. My dial is never even tuning back to NBC.

What has me so wound up? Glad you asked! 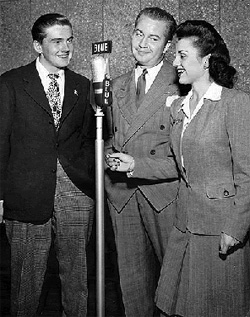 am, of course, furious over the bombing of the Secret Squadron's dirigible by Ivan Shark, leader of the mercenaries in the employ of the Turks, and arch enemy of Captain Midnight. He's been after Captain Midnight ever since that business over the Pyramids in broadcast 102. Gosh dang it, Joyce was on the dirigible, along with Chuck and Major Steele, and even their peppy little dog, Runt.

Don't they get it? We loved these characters. We have spent weeks getting to know them in between advertisements for oil. Now they have all surely perished in a fiery explosion over the Mediterranean Triangle.

Doggone it, people, Ivan Shark has been scheming against the Secret Squadron this whole time and we've been waiting for Captain Midnight to get the better of him. There was that dogfight over Niagara Falls, and that skirmish over the Amazon jungle, but each time I think Ivan Shark has been dealt a finishing blow, he returns to enact more gut-wrenching evil upon the world.

Don't that just beat all? Dang hard to work at this fish cannery for 12 hour shifts, knowing I have to go home and listen to dance band instead of hearing from Joyce. Poor Joyce. They were to be married, you know. On the Eiffel Tower. Of course you know, you listen to Captain Midnight every week like me.

Listened. Past tense. Because I will never let another word of Captain Midnight pass through my ears. You don't believe me? I have already thrown my Skelly Oil Midnight Flight Patrol patch in the garbage. Do you know how much grease I had to buy to get that patch? More than you know, buddy.

I gave my flight goggles to a kid down the block and told him they were from Flash Gordon. I don't even believe in science fiction.

So here we are. Ivan Shark wins. What's the point of another broadcast? What could they possible do in tomorrow's broadcast to fix this story? The main conflict is over with, are we just going to follow Ivan Shark while he gloats about destroying everything Captain Midnight loves? Sounds like the sort of show the Japs would like. Not for me. No siree. I would listen to Gasoline Alley before I listen to this again.

And I'm not alone. There are hundreds of listeners in my town who were excited about the wedding. They wanted to know what was in the steamer trunk recovered from the Mediterranean. They thrilled to the tolling of that bell and the roar of the engines of Captain Midnight's plane. It'ssssss Captainnnnn Miiidddnnight! Not anymore. It's trash. Cynical trash, written by monsters without a moral compass.

And until they fix what they have done, like they did when the mummy stole the rocket, but it turned out Joyce was on a different rocket, I will never be listening to another Captain Midnight serial again.

There's a difference between drama and sadism. You crossed it, Captain Midnight.