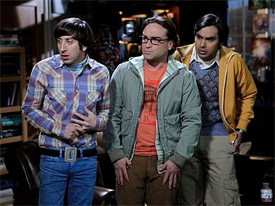 Last night the black suit whores at CBS beamed something like a Molotov cocktail into my skull through my eyes and ears. I wish it was just burning gasoline instead of the madness I was force fed. Unless you were there, I mean really there in '68, in Chicago, you wouldn't know how it feels to have your skull kicked in, but it's something like that. It's what happens when America forgets what it is, stops even being alive, and just lets all the black seep right into the drinking water.

There was a Mexican, I think he was a Mexican, greased on some sort of flea market painkillers and he was with a gay and a math idiot dressed like a train yard bum. I don't know. They wanted to get tickets to a comic book. Nothing made sense. Nothing adds up.

The gay kept making sounds and people would laugh. Why were they laughing? What sort of Stalinist nightmare is taking place that made those pitiful sons of bitches laugh? How many Kalishnikovs and tabs of LSD does it take to make people laugh like that? They were hooting. Some poor, insane bastard was hooting at this.

They lock them in there with nothing but knives and the screens. They have to kill each other to live. Night after night. Laughing and murdering and fucking, because there's nothing else anymore, just that twerp making his sounds about comic books. It's Andy Warhol through a concentration camp. It's what happens when the Nazis win the fucking war.

I was a handle deep into my rum by the first commercial break. There was no relief there. People selling space age mops and teenage romance and little doodads that will send pictures to the other side of Jupiter. We don't need anymore pictures. We've seen enough pictures. We need jazz music and shotguns and somebody to hate as much as we hated the Russians.

I can't deal with this. It's not that these three aren't men, it's that they're not even human beings. We're devolving as we get smarter, turning into monkeys in boxes eating pellets and pressing buttons and we buy them both. We climb into the boxes and feed ourselves the goddamn pellets until we're too fat for the boxes. 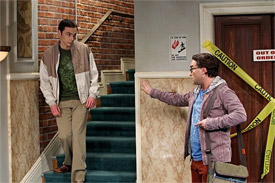 Jesus Christ, this is Nixon's wet dream. We're ripe for the takeover and when it happens Sheldon is going to be the first one to strap on the leather trench coat and shave off half his hair. No, it'll be blue jeans and flag shirts and frog marches into a canyon. They'll blow us all up with dynamite. Give a piece of work like these three Lugers and it's all over, folks.

Strange memories of what happened next. There was a cute blonde and they treated her like garbage. They waited in line for something. Bread? Circuses? I can't say anymore. It's all falling apart, sinking into heart-hurting mush somewhere between the screaming ladies with the huge lips and the dog detective show. I might have dreamed that last part. I wish I could say I had.

James Earl Jones was in this episode. Fucking hell, they must have put wires into his brain. He looked like they fished him out of a river. They were talking about the Star Wars movie when I put the gun in my mouth. I took it out. I must have taken it out. Or am I dead and all this is replaying, faster and faster as the meat shakes out of the hole in my head.

At the conclusion they forgot about the Mexican. I thought he was the main character. They're conspiring about comics. It's fucking Wannsee all over again. Erlichman, Haldeman, and Eichmann. They're planning it out. This isn't about comic books, it's code words, it's about FEMA my friends. Gordon Liddy goes by "The Punisher." We'll all be riding rail cars to the backwoods, eating our pellets and pressing our buttons until the minute some dotcom Hitler youth from Silicon Valley pushes the plunger down on the TNT.

Ka-boom! Blown to the far side of Jupiter. You'd be better off on every level watching a donkey show.

If you're not a black-hearted fucking beast and you want more you can follow Zack on Facebook.