You there! You will surely think me a liar but this story I am about to tell is the truth! I would not lie upon such as subject as this - the subject about which you are about to be informed (for it is truly a miserable subject) even if I were cursed with madness!

How could I tell any way but true of that accursed number? I hate it so! Even know I see it, ringed by firmness, glowing with the number 95.

But I come too soon to the point! For it was nine days prior, and I with my bedraggled wife of times such as these when wives and men were flea bitten and gray about the face, a ghostly pallor and a perpetual cough upon us. We fussed day and night upon our bed. A stupid slab, it was, (for no spirit possessed it) and wholly inadequate for our mutual comfort. It was soiled with the years and handed down from grandfather to mother to now daughter. 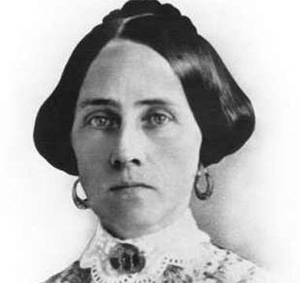 I, having dug graves for tuberculoids, had scratched together some coin with which I hoped to buy a pistol to finally shoot the black bird that haunted the gables of our house. But my wife, dearest Esther, she sought a new mattress.

"Of course," said she upon that day - as I recall it so clearly (for it was only six days ago), "a mattress like porridge is suited to my mushy scapulas, a trait inherited from my mother's gypsy side of the family."

"I would rather lie upon a stone!" This was my counter - and you may think it harsh - truth be told I had slept upon funeral stones in days past without so much as a rheumatism.

We argued back and forth, to exhaustion and coughing, which only took moments (for sickness was never placed beyond the feeble reach of our limbs), until such a time as we arrived at a fantasy. If only a bed could be made that was firm upon its eastern half and - if such things could be possible - was soft upon its western portion.

It was that very night - a night as I recall where a mist hung upon the heath and fairly evil dogs did moan into the moon - when a knocking came upon our door. I felt a tremble up my spine, a coldness I could not attribute to my usual maladies, and a deep perturbation of my essence, as if wobbly goblins had crossed over the plot where I would someday be buried.

The knock came again! I had no choice but to answer this call!