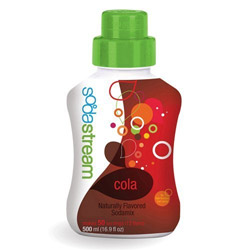 K. returned each day, from the small shop where he was employed as the junior-most clerk, to the squalor of the apartment he shared with the invalid mother of his former roommate. K. was not at all friends with Frau Grauhoff, yet he felt compelled by long-forgotten friendship to care for the woman, fetching her soup and bread though he had little money to afford any for himself. So it was one cloudy November day, while returning from work, K. chanced upon a cola vender selling bottled cola in the Old Town square of Prague, and after enduring the man's long harangue about the salutory qualities of his cola, he purchased two bottles. It was every pfennig he had meant for the grocer.

He returned to the apartment to find Frau Grauhoff was mysteriously gone. Not a trace of her at all. He smiled and sat upon the threadbare sofa and drank both bottles of cola for himself, thought he felt not at all nourished, he was glad. When he felt the urge to relieve himself he stood and crossed the apartment to the water closet. He opened the door only to find another door. This he opened and found another, which opened upon another. The doors began to close behind him as fast as he could open a new door. K. felt shame for what he had done. A single vial of Cola from Sodastream might have proved just as flavorful as the vendor's elixir, providing 50 servings. Though more expensive at the outset, amoratized carefully, it would have freed K. of his burdens, for he would not have been forced to shirk his responsibility to the invalid Frau Grauhoff. 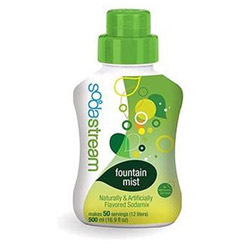 The hill tribes of distant Amerika have strange ways. In the upper reaches of their ancient forests, with trees as large as ten hotels, they congregate and distill from cauldrons large as a motor coach a beverage known as Mountain Dew. It tastes of that uniquely American essence of citrus, pulped and pressed through the fantastic process of industry. A fine flavor, perhaps, but one too costly to be worthy of a peasant nation not touched by Liberty's Sword. So then, must we settle with gutter water and the drippings from an old rag? Not any longer. By the invention of Sodastream, and the chemists of Western Europe, a taste indistinguishable from Mountain Dew has been produced at a much lower cost. Fountain Mist, they call it, and with each taste you will be transported, from your wretched world of split shoes and tinned horse meat, to the mountaintops of Amerika, where golden peaks pierce the purple mists, proud as Avalon, and cities as large as Germany contain a billion men. This place of dreams, of electric lights and flushing toilets, where heroes turn the soil to plenty, and the frenetic pace drives every man, always to more. Sip Fountain Mist and see.

The Institute produced a singular strain of medical expert. Professional, well-mannered, but wholly disinterested in the health or well-being of patients. These doctors were more akin to engineers serving in the factories of the arms manufacturers of Western Europe. Dr. Klaus, Dr. Schwartz, Dr. Toten, and Dr. Pepper. They had devised a machine that, from gunpowder and fire, could distill a sweet and calming flavor, at once good for health and pleasing to the senses. The papers wrote of their invention with great excitement and so K. was sent to visit them at their workshop. 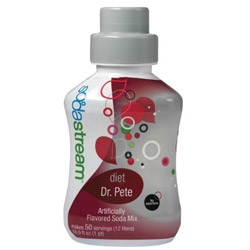 The machine was nine meters long, cast from iron, with arms that held in place a man atop its length. Dr. Pepper was the Operator on that day, assuring K. that he would enjoy the flavors immediately. The device was set to action and the arms began to move, slicing immediately into the man strapped into the device and causing his blood to spill out as his skin was cut away. The man's eyes bulged and he bit his tongue to quiet his moans of pain. "Enough!" cried K., but he could not be heard over the sound of the device. All told, a hundred men suffered such a fate, reduced to scattered bones and scraps of meat by the pitiless arms. K. tasted the potion produced and, though the taste and effects were as promised, he could not help but be reminded of the agony endured to produce it.

Some years later, while waiting for a carriage in the rain, K. would spot an advertisement for an identical competing elixir by one Dr. Pete. He tasted it as soon as possible. No men died to produce the same distinct flavor, no Operator to scour the flesh, no screams or haunted nights, and so, judged K., there was a single ingredient lacking in this new imitator: futility. 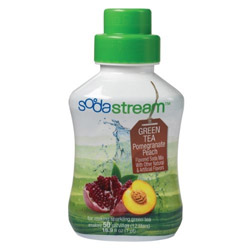 The apartment was heated by a single coal stove and a pebble of coal that hardly kept warm for an hour. Five brothers and three sisters slept all in one bed. It was too many and the nights were long and full of turning and kicking, awakening in the dark to find a mist of breath above their heads. Life was a misery, and yet, they would look back fondly upon those times when older. Even the chewing of the rats in the wall, imagined as goblins in the darkness, would be recalled fondly by the four of them that survived the war and famine to reach middle age. No matter their poverty, mother always brewed a sweet, refreshing tea. For as long as they swallowed the concoction, it would alleviate their sores, the perpetual rattling coughs, the gnawing hunger in their bellies, and the bites upon their bodies from the lice. Sparkling Green Tea, fizzy and flavored with Pomegranate and Peach. They had hardly seen a wormy apple in all their years, let alone a pomegranate, but mother always provided her tea. After she was dead and the formula was lost they gathered in the shrinking circles of light that surround us in the dark, touching circle to circle, wondering if ever they could have their worries eased. Yes. Yes! cried brother Joseph. Put down your poison and noose. Life can be endured. Sodastream has just such a flavor. Sparking Green Tea Pomegranate Peach. Available now, by mercy of fate. 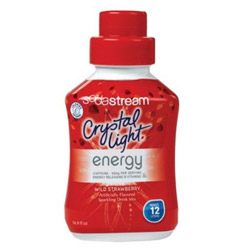 "Guilty," pronounced the constable, though he would not say of what crime. Jacob K. was placed in irons and loaded into the carriage to be taken to the penitentiary. He did not even have the will to protest his treatment. They photographed him and carried him to a dank cell where he was made to strip down and put on the uniform of a prisoner. For that was his lot, until the judge could hear his case. His attorney was a speckle-faced man named H. and he was kindly, but simple, with a seeming disinterest in the details of K.'s plight. "No matter, my boy," said H. "Have some of this." It was a full-calorie fruit drink, so sweet it turned K.'s stomach. "Strawberry flavor. It is good," said H. K. drank it, if only because it covered the iron and sulfur taste of the water, but as the days passed and he drank more and more he came to realize it was a torture.

K. looked upon the stone walls of his cell and imagined a window and through it he could see to the sunny shores of the Black Sea where some day he would sit and drink a calorie free strawberry beverage, both delicious and invigorating, and love a woman with golden skin. It made him smile to think such things. Later, K. was found guilty, and before an audience he was tied to a chair and shot with a pistol in the heart. There was a sack over his head, so the witnesses could not see his smile as he departed from this cold, gray world to the golden embrace of a woman and the sweet nectar of Crystal Light Wild Strawberry Energy Drink. You need not be executed to taste it yourself.