Success is Always Having to Say You're Sorry 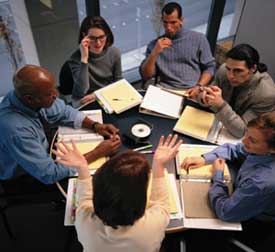 Generic royalty-free photos of people working can make your generic royalty-free article seem magical. Also nobody reads this stuff unless there are pictures.I have three jobs. There's my day job, writing for SA, and that job I do under the table for extra money. I literally do that job under a table. Look, I don't want to talk about it, okay? The point is that I've done some really bad stuff during the course of my various professions, from causing accidents to chronically coming in late to not swallowing.

I've never once apologized or shown any remorse for my actions, and I've paid dearly for this. My yearly earnings keep me well under the poverty line, the poverty line for Uzbekistan that is. I'm in a rut, working dead-end go-nowhere jobs with very few prospects for a future. I've tried working harder, working smarter, and working more hours, or at least I've thought about trying all those things.

One day I decided that enough was enough and decided to stop whining and start doing something about my life and prepared a noose. Before I would attempt to kill myself I decided to take a look at CNN to see what kind of antics that wacky O.J. was up to. It was then that I came across an article that would change everything.

When researchers queried 7,590 Americans, both male and female, they discovered that people who are more willing to say "I'm sorry" make more money than people who rarely or never apologize.

People earning over $100,000 a year are almost twice as likely to apologize after an argument or mistake as those earning $25,000 or less, the survey found.

Once again a study proves what we've known all along, that rich people are just plain better than poor people. It's no surprise that the rich know when to say you're sorry and let something go. Even if they're completely in the right and apologize, they can always get their revenge and stab that person in the back later on. After all, that's how they became rich in the first place!

After the CNN article dropped working stiffs started getting into the repentance spirit. At my job, every schmo is apologizing for fun and profit. John from receivables apologized to the boss for submitting his weekly report late and got a 10% raise. Carl in sales apologized to the entire office for eating the last cupcake from the kitchen area and now he has a corner office and is pulling down 100K a year.

Bill from accounting apologized to Jim in payroll for raping his daughter and received a 20 million dollar a year contract to pick his butt and eat his boogers all day! It seems like everywhere you look these days everybody is getting rich off remorse. 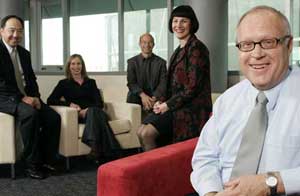 The Something Awful staff. It's time to show these guys how sorry I am.It's about time I get in on this scam. I want to apologize to my fellow writers and most importantly, my boss Lowtax, for all of my transgressions over the years. Luckily for me, there are a lot of them. After pouring my heart out I should be the richest man in the world.

To my fellow employees and the children Lowtax exploits for cheap labor, I want to say I'm sorry.

Lowtax, I am sorry for coming back from overseas with a Korean woman instead of a Chinese one. I know you told me it was okay, that a Korean wife would do, but your eyes told me something different. Someday Lowtax, someday...

If it's any consolation, when the guy offered me a Vietnamese wife I told them my boss thought that coward Lyndon Johnson should have nuked Vietnam when he had the chance then I threw gasoline in his face and set him on fire, just like you told me to.