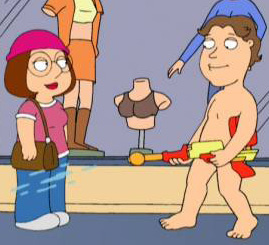 Guns play an important role in everyday social interaction. The United States' wild west was quite possibly the finest era that human civilization has ever produced. This period's glory can be attributed to one sole factor: an overabundance of firearms. Guns were all over the damn place back then, even Texas! The country was much better than it is now (except New Jersey, that's pretty much always been a shithole), and its gradual decline over the years is a direct result of our decision to use guns less and less in everyday life. I say it's time for us to examine the many ways that guns made the wild west a utopia, and to understand how they can help us to regain our former glory.

Unlike today, men were truly men in the untamed west, and arguments were routinely settled with deadly gunfights. When ammunition was low, arguments were instead settled with a coin toss. But it was a really dangerous coin toss, since coins were uneven and jagged, and tetanus shots probably hadn't been invented yet. These arguments weeded out the weak, the unarmed, and the overly argumentative, and as a result made the United States a stronger country.

Guns also introduced us to the concept of convenient shopping. Going to the store for supplies had previously been a real headache, what with all the walking and picking things up. Once firearms were commonplace, however, people quickly realized how much easier their lives could become. Suddenly it was possible to walk into a store, stand comfortably in one spot while you pointed your gun at the item you wanted, pull the trigger, then say "I want one of those. Only not broken." A large chain of Gunpowder Depot stores went out of business, but aside from that there weren't too many problems. Customers were happy, and storeowners nervously pretended to be happy as well. It was around this time that terrified clerks everywhere coined the now-commonplace phrase, "the customer is always right".

The very way in which we obtained food was even revolutionized by firearms. The old method of throwing rocks at animals was never very successful, especially when the rocks were over seven feet high and the animal in question was a bird several hundred feet in the air. When guns came along, we were suddenly provided with a glorious shower of blood and meat. There were no pussy animal rights groups to pester hunters, so cowboys were able to provide for their families by shooting dinosaurs. It was truly a magical time. Or rather, it was a magical time until the cowboys ran out of dinosaurs and were forced to shoot and eat wizards. That may surprise you, but it really surprised the wizards. When the wizards were all gone, the cowboys had no choice but to settle on farms so that they could grow vegetables, and then shoot these vegetables. With nothing to show for all their hard work but a smoldering field full of lead, the last of these brave souls died of starvation soon thereafter.

Although the gunslingers' time came to a tragic end, their legacy will live on forever through the exciting tales of their adventures. Here are just a few of my favorite cowboys, and a unique perspective on how guns changed their lives for the better. 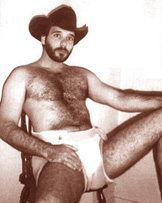 Due to a permanent and embarassing rash that he had to rub at all times, Bill always had a tough time fitting in with his peers. This explains why he took his father's pistols and ran off to live in the forest while his classmates were in college pursuing careers in the fields of tumbleweed technology and panhandling. Bill never did find a forest in the deserts of his home state of Nevada, but he did find something far more incredible. Upon reaching the apex of a sand dune one day, Bill was brought face to face with a grizzly bear (who happened to be looking for a forest as well). The two struggled fiercely, but the confrontation was brought to a halt when the bear wrestled one of Bill's guns away from him and shot him in the leg. Bill came to realize that he had more in common with this bear than he ever had with a human, and the two became partners. Under the tutelege of Bill, the bear learned how to reload a gun, and perfected it's quick-draw technique. After the training ended, they went on a crime spree through fourteen states, leaving a trail of robbed banks and beehives in their wake. The two were eventually hung for breaking into author Walt Whitman's cabin and shooting him dead, which he chronicled in his final book entitled "YEEAARGH!"

Though small in stature, Kid was destined to become one of the most deadly and feared gunslingers of the old west. Upon getting a beautiful hand-crafted rifle on his fourth birthday, he hefted the weapon in his hands and immediately knew that his true calling in life was to be a bounty hunter. Over the course of his illustrious career, he killed over three hundred fugitives with his trusty rifle. While that figure is very impressive, it's hard to imagine how many men he could have killed if he actually used bullets. Kid "The Kid" McKiddy died at the age of eight after contracting cooties from an Indian girl that snuck up behind him and kissed his cheek. There are some things that even guns and modern medicine can't mend, and The Kid learned the hard way that cooties is one of these things.

Like most doctors of his time, Doc wasn't actually a qualified doctor, but someone who simply enjoyed sawing other people's appendages off. It was a satisfying job, full of surprises, whiskey, and really scary looking tools. Doc was living the good life right in the heart of the San Francisco gold rush, with a neverending stream of treasure-seeking patients who had stepped in bear traps, hacked into their own abdomens with pickaxes, or got real bad papercuts. You know the kind, the ones that go right under your fingernail. But one day Doc came into work and was shocked to find himself without a single patient. The gold rush had ended, and now he was simply a doctor in a normal, less accident-prone town. The answer to Doc's dilemma came to him immediately, and he ran down the street to purchase a long-range rifle. Every morning after that fateful day, Doc would set up a spot just outside of town and snipe someone at random, then rush back to his office to operate on his newfound patient. His career had been saved, all thanks to our friend the firearm. Of course, the town's residents quickly figured out what Doc was up to, but they humored him and didn't say anything.

Now that you see how guns are capable of doing wonderful things, maybe society will begin to embrace them as wholeheartedly as it used to, and all of our lives will be one step closer to perfect. I understand that there are varying opinions on guns and that we may all have our differences, but I'm sure there is one thing we can all agree on: writing an entire update about guns in the wild west was not a very good idea.

The guys at State Og have done it again! Unfortunately, they've surrounded my house and will kill me to death if I explain what "it" is. Instead, I'll just give you a snippet from the latest State Og:

To our shock and amazement, we found that some of our products were the cause of some of this dissent. For instance, the State Og Automated Testicle Thief was described using terms like "dreaded" and "pointless" rather than "peppy" and "whimsical". Our Og Cream was found to contain more hydrochloric acid than most people expect from a skin cream. We've had the things said about our Bowl O' Feces sealed away for eternity.

Check out this week's update! You'll love it, and I'm probably not just saying that out of a fear for my own life.