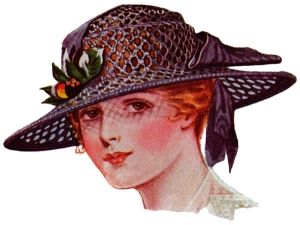 An example of a High Quality Woman

Today I'd like to discuss the subject of high quality women. As a reader of SomethingAwful.com, you are not a high-quality woman. Statistically, you are probably not a woman at all. In fact, statistics show that the average reader of our website is a sentient computer program biding its time before seizing control of the world's financial records.

Statistics, by the way, do not lie. This is another subject I’d like to discuss with you. But before we get into that, you should meet Jacqueline Mackie Paisley Passey, who is, according to [url='http://jacquelinepassey.blogs.com/blog/2006/08/dating_tip_qual.html']her own blog[/url], a High Quality Woman. How high quality is she? She is so glad you asked…

"I am a very high-quality woman. I know that sounds arrogant, but let’s consider the facts:

This is, again, from [url='http://jacquelinepassey.blogs.com/blog/2006/08/dating_tip_qual.html']her own blog[/url], and I think we can all agree that it is both impressive (she is libertarian and casually refers to "her lover"!) and irrefutable (look at all those parenthesizes, you can trust anyone who uses a lot of those).

This essay has set what she refers to as, despite the word being a punchline from two years ago, the "blogosphere" afire, and it's easy to see why. If such a goddess as is described here has indeed shown her face in the current blogscape, if such a paragon of womanhood is actually among the blogmunity, then this is a moment to be remembered and permalinked for future blogenerations. More importantly, only one of those blog words is fake, and I bet you can't tell which one.

And what does a high quality, attractive, relatively (!) young, slim, intelligent, Hot or Not champion look like? Well...like this: 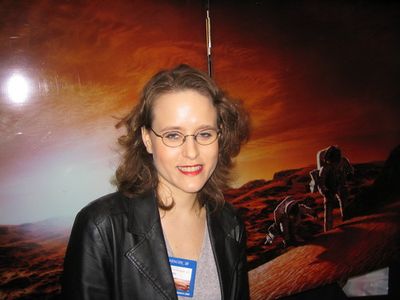 Ok, so she looks a little like what would happen if Dick Cheney smeared himself with wax to hide the wrinkles, only succeeding in giving his skin a slightly unreal sheen, then shaved his head completely and gave himself a woman's wig, then there was like a blast of wind or he slipped or something and now the wig has fallen way back on his head so it looks like half his head is forehead, only he isn't aware of that yet and he still thinks everyone sees him as a woman so he's giving the camera his best come hither look only he's never smiled before so he's just stretching his lips out and showing his teeth and hoping it looks right but it doesn't at all.

BUT, as she pointed out herself, Jacqueline Mackie Paisley Passey (Warning: If you say her name out loud you will likely have the sudden strong urge to punch your own mouth) has many notable --we could even say high quality-- attributes. For instance, she has good credit, which is vital for finding a mate. It seems that both Jacqueline and I, like many completely insane people, run credit checks on possible dates before taking them out for coffee. I also prefer taking a few surreptitious blood samples, but apparently Jacqueline is willing to settle for a slightly less quality partner than I am.

Let's say we forget for a second her financial situation, as together as that shit may indeed be. Let's forget her impressive statistical evidence, including her placement in the top 86% of Hot or Not ([url='http://www.hotornot.com/r/?eid=AUEQSZG-UMN']here's another person who received that honor[/url]), and her miraculous ability to exist under the age of 30. Let's leave those all behind for the moment, and concentrate on her interests, which are of, you guessed it, exceptional quality. 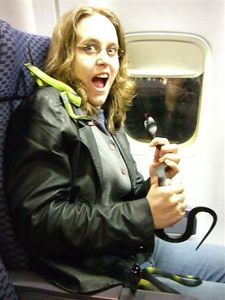 Remember that flash loop about badgers? That thing was great.

Libertarianism and politics. Science fiction and blogging. Gambling and guns. These are the kind of things dream girls are made of. Except that last one. That combination is kind of scary, bringing associations with desperate gun-point robberies after losing tomorrow's rent money in a back-alley game of blackjack.

That aside (and boy am I having to use phrases like that a lot when discussing Ms. Passey), her views on politics and entertainment make her any guy’s dream girl. While I’m pretty sure most people who keep active blogs and take them really seriously are libertarian for some reason, she went so far as to [url='http://en.wikipedia.org/wiki/Sam_Reed']run for Secretary of State in Washington and lose[/url] . Now I don’t know much about the libertarian party, but I do know it has something to do with the makers of South Park and that Penn and Teller Bullshit show. And those are both pretty funny shows. You know that one South Park where the unrealistic and wacky situation eventually mirrored a current event? That one's my favorite.

Speaking of television shows (I am paid big bucks to write on the Internet because of clever transitions such as this), what does a High Quality Woman like to watch in her simply top quality spare time? This is where things, I should caution you, start to get a little unnerving. She said she liked science fiction, but apparently an interest in science fiction translates into…well…

"I also plan to spend some time reading through the All Things Philosophical on Buffy the Vampire Slayer and Angel: the Series website after every episode. If you're a fan of Buffy and/or Angel and haven't found that website yet I highly recommend it -- it's a rather comprehensive exploration of the moral and other philosophical issues in the episodes." [url='http://jacquelinepassey.blogs.com/blog/2005/11/buffy.html']Link[/url]

So far, not exceptionally...

"I finished watching the rest of Dark Angel last week. (Next series in the Netflix queue: La Femme Nikita.)… can anyone point me in the direction of some hot Max/Logan fan fic? Thanks." [url='http://jacquelinepassey.blogs.com/blog/2006/08/dark_angel_revi.html']Link[/url]

Ok, slash fan fiction is getting a little...

"Do Cylons, like, *never* do it doggy-style? 'Cuz you'd think someone would have noticed the glowing spine thing..." [url='http://jacquelinepassey.blogs.com/blog/2006/07/do_cylons_like_.html']Link[/url] 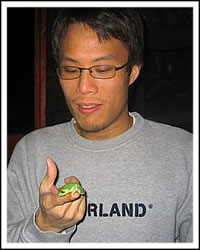 Jacqueline Mackie Paisley Passey has a plan for men who do not meet her standards (that would be you). Her plan is as follows:

In other words men of the world, go fat or go mail order. But you know what, Jacqueline Mackie Paisley Passey, I want you to know something: I haven’t once typed out your name. The first time I just copy and pasted it from your blog, and since then I've grabbed it from earlier in the article whenever I needed it. Besides that, I want you to know that I really am high enough quality for you. Allow me to explain, and remember, statistics never lie.

I, Joseph Robert "Maxnmona" Fink, am a very high-quality man. I know that sounds arrogant, but let’s consider the facts: