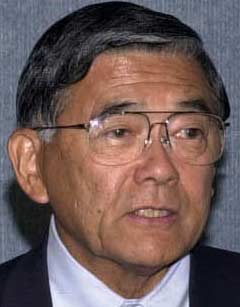 Sorry to butt in gang, but my son, Josh "Livestock" Boruff, is in the hospital after falling down the stairs a few times. I work long hours every day and I frankly don't have the time to show human compassion, let alone suppress the overwhelming desires to kill and maim that drive me to the dangerous limits of human depravity. So when I got home and found him passed out on the floor in a diabetic coma, I just couldn't help myself but teach him a valuable lesson about pissing the old man off. When someone screams in agony, or in this case remains deathly quiet, I know that fortune is smiling on me. My son's misfortune presents the perfect opportunity for me to check in with you, the traveling public! It sure has been awhile since I last checked in, and an unbelievable amount has happened since then!

As you know, I am the Secretary of Transportation for the United States of America. It's my job to make sure America's vast transportation infrastructure is in tiptop working order. From the roads and rails to the skies and waterways, the nation's transportation needs are mine to serve... Or withhold. No, I'm not the guy who creates the road atlases. I'm the guy who makes sure that there are roads, thus allowing someone else to draw maps of the country's transit system. Don't think I'm happy with this, friends, as it angers me more than anything. To think that these parasites suck the blood out of me by drawing the very roads I alone make possible. Cartographers are parasites! All of them. But don't worry, friends, because soon they will all be drawing maps of the boundless torments of Hell.

I am checking in with you for a very important reason. Americans, you so love the work that I do that you overwhelmingly voted me back into office for another four years! It was my plan that, should you fail to vote me back into office, I would press the dreaded red button that I had installed on my desk. This button, ever so bright and alluring like an exposed beating heart, would trigger a massive meltdown in mass transit. Every single traffic signal would go haywire, as would the planes and control towers, not to mention the rail systems and canals. It would be one glorious orgy of death as the roads become abattoir canvases decorated with jagged metal sculptures. The skies would vomit an endless gaggle of dead metal birds, splattering on the ground and revealing soft human innards. Train cars would smash into one another like impacting vertebrae, leaving wakes of steel zigzags smeared in the substances of life. It would be the most beautiful sight in my world. 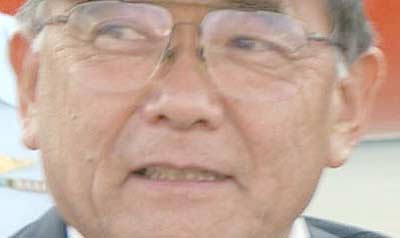 But no, I won't press it. Not for another four years at least.

The recent election ensures that I maintain my grip on the world for another term. But we all know that I'll be running transportation beyond that. These human puppets that surround me, tools of big business and slaves to profit, will do anything to earn a meager space in the nest of power, to suck on the dry nipples of immortality. I am so far above that it's like I'm looking down at masses of sickening flesh geography from space. They ride around in a wheelbarrow full of sin while I cruise in the kind of decadent luxury only long dead Egyptian pharaohs would know. The modern world is dependent on transportation, thus dependent on my good grace and generosity. They think I'm just some stooge here to make sure the roads and runways are clear of ice when the blizzards come. It makes me laugh. I own the entire nation! They can't function without me! Don't you see? I'm like... I'm like God to these animals! 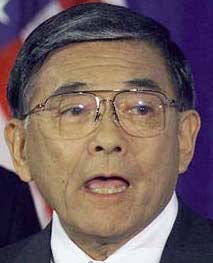 In my new term as Secretary of Transportation (God, between you and me), I look forward to introducing a wealth of new initiatives sure to springboard our bustling transportation infrastructure to exciting new destinations! It seems a lot of our airports are plagued with delays, O'Hare being the vilest whore in my harem. You can rest assured I'll get right on top of that, as I don't want my little rats loitering for too long. What fun is running a labyrinth when your poor victims don't make it to the noisome center to be defiled by the mighty Minotaur? I want you all to get where you need to go. Where I want you to go. I don't need clots in this circulatory system of mine. Among other things, I plan to bring public transportation to the forefront. You call yourself advanced life forms, but you're all like ants swarming mindlessly in your mammoth sports utility coffins. Hell, ants are smarter than you. You can't even begin to match their calculated efficiency and glorious hive-mindedness! Perhaps I'm not being a good motivator. Maybe I'll threaten to cast your children in bit parts for my latest Death on the Highway transportation safety film. That should teach you to stop overcrowding these beautiful roads I bless you with.

I mentioned casting your children in my films. To be honest, I was half serious. I spend a lot of my free time these days making home movies in the vein of such classics as "Signal 30" and "Death on the Highway," two fantastic popcorn flicks. What's great about those films is that they are so real, and remarkably easy to emulate. It doesn't take much to create a horrible scene of automobile death, and frankly I'm surprised it doesn't happen more often. Few filmmakers have the freedom to experiment as I have done in the last few months with my neighborhood. I would be happy to invite the neighbors over to watch these movies, but something tells me they wouldn't be so enthusiastic to see themselves on film. I'll admit I'm not the most flattering of filmmakers! Besides, I have my doubts that the local cemetery would appreciate me borrowing the residents for a night at the cinema!

Well, that about does it for me. We're starting what promises to be a great new year for transportation, and I look forward to being at the heart of it all. But do me one favor, will you? The next time you are in your automobile or riding on a train, boat, or plane, think of me. Think of what I do for you and what life would be like if I took away everything I graciously provide you with. Think of a life where there are no airports, nor any roads or rails. Can you imagine what that would be like? How would you drive your children to the hospital, or how would the ambulance come to you? How would you visit your family, or get to work, or to the store? But even if you walked to the store, how would the store even get its supplies? I am everything to you. Don't you see? The time has come for you to all show me how much I mean to you. You can choose to ignore me as some benign public figure, or you can get on your knees and show me the kind of love and admiration I deserve. As always, the choice and the consequences are yours to bare.