But What About Guinea-Bissau? 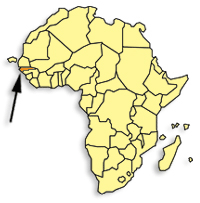 If you stare at a map of Africa like this, it kind of looks like a floating monster alien with an orange eyeball, dropping a bunch of turds behind it. This is why the tourism industry never really caught on over there.

Hey, everybody, look at me, I'm the national news! BLAH BLAH BLAH IRAQ BLAH BLAH FREEDOM DEMOCRACY BLAH BLAH BLAH IRAQ! Guys, we get it: Iraq is slowly metamorphosing into a democracy, just like how Geodude evolves into Graveler at level 25 and learns "Harden." I am personally growing sick and tired of the non-stop reports from Iraq fawning over each and every asinine little thing they do. Sure Iraq is an awesome country with a lot of valuable sand and abandoned buildings, both gleaming hallmarks of modern democracy as we know it, but what about all those other countries out there looking for freedom? What about the smaller places struggling for peace, the countries who will never have a CNN headline dedicated to them unless they somehow figure out a way to kidnap the President's daughter and implant alien demon parasite eggs inside her? What about the seven or eight people who inhabit these countries and spend 20 hours of each day climbing out of their dirt pits so they can reach their tool shed and manufacture the crucial leprechaun belt buckles that keeps their economy alive? What about Guinea-Bissau?

According to the CIA Factbook, Guinea-Bissau was founded in 1974 when they established independence from Portugal. Before that momentous occasion in 1974, people in Portugal would say to each other, "let's go to Guinea-Bissau for our vacation this year!" and then they would drive their car to where the country should be, but since it wasn't established yet, their car would fall into a cavernous black abyss while the passengers shrieked through the eternal stygian darkness. A couple Portuguese guys eventually noticed that half the country had disappeared over the past couple months (popular Portuguese rumor claimed Guinea-Bissau contained a mythical "Fountain of Meat," where simply wishing upon it would cause a magical snowman composed of strip steak to appear), so they decided to found Guinea-Bissau and claim independence from Portugal. "Fine," the King of Portugal replied. "Why would we even need your stupid little country when we've got the amazing town of Minho, which might eventually offer our country three golf courses?" Then he was fatally shot in the head by a seven-year old child named "Gutai," who was immediately declared king and subsequently shot in the head during his celebration.

Guinea-Bissau's main export is inflation and disease, while their primary import consists of criminals and vampires. The country's economy experienced a brief jump by around 480% last year, when one of their residents managed to successfully sell his Gameboy through eBay. Members of the government are elected by choosing a number between 1 and 100, and if the person still hasn't been fatally shot after picking their number, they are awarded a complimentary governmental position ranging from "Minster of Extra-Marital Affairs" to "President of the Fancy Jams and Jellies."

The country faced a crippling civil war in 1998 when the government fought a group of rebels led by former army commander Ansumane Mane, who demanded the government open up access to their valuable cubic zirconium mines. President Joao Bernardo Vieira declined, further inflaming the opposition by demanding they get off his lawn and stop throwing Hardee's trash wrappers into his bird fountain. The rebels struck back with a military coup that failed, partly due to the fact that nearly 2,000 Senegalese and Conakry troops were flown in to protect the government, and partly because opposition fighters refused to show up once leader Ansumane Mane announced his refusal to change the cassette tape in his pickup truck from "Let's Get This Party Started, Volume 8." Additionally, many rebels were frightened away upon learning "Conakry" troops were helping defend the government. "We don't even know what 'Conakry' means," explained a soldier. "Isn't that some kind of dance move?"

The ongoing civil war has decimated the country's economy, as their citizens are too afraid to leave their homes that don't exist and work at the jobs they don't have. The country is in such terrible condition that the most important current event effecting their country is the arrival of five rusty pickup trucks from Senegal which will supposedly help them fend off an invasion of locusts threatening to swarm all over their nuts:

GUINEA-BISSAU-SENEGAL: Senegalese spray teams arrive to fight locusts - Five pick-up trucks equipped with spraying gear and pesticides arrived in Guinea-Bissau from Senegal on Wednesday to help control swarms of locusts which are damaging cassava fields and cashew nut trees in the north and east of the country, Agriculture Minister Joa de Carvalhao said. He told IRIN that the Senegalese control teams would start work on Thursday. 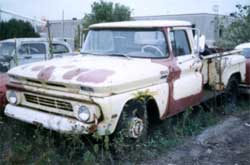 TO: GUINEA-BISSAU
FROM: LIBYA

Fortunately, freedom (and hopefully less locusts) is just on the horizon for this potentially prosperous country. An underground group of renegade democrats are attempting to establish a free election to determine the fate of their country. Since I love freedom almost as much as I love foam trucker hats or baby t-shirts which read "DADDY'S GIRL," I have decided to dedicate today's update towards showcasing each and every candidate in the upcoming election. Sure, it won't do jack shit to help the people in Guinea-Bissau because none of them have heard of the Internet and even if they did, their first reaction would be to stab it with a sharp stick. I guess it will make me feel better about myself while making absolutely no positive difference whatsoever, so I'll have to ask Zack "Geist Editor" Parsons when the liberal party will send me an official welcome card. 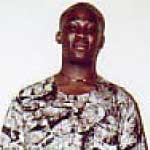 CANDIDATE #1: Gubai Nanaki
POLITICAL PARTY: The People's Associated Group of Economic and Political Association
POLITICAL PLATFORM: Nanaki, who was born in a cave outside Farim, has vowed to "put an end to all economic troubles plaguing this great country." Although his 3,578-step financial recovery program has baffled all economists across the world due to its complexity and the fact that it was written with an eyeliner applicator on a series of bar napkins, he has repeatedly assured the public that it "makes perfect sense in my head" and "will work exactly as I promised... or else." Some of the more noteworthy steps in his plan include #182, which requires all federal officials to save money by "not ever cutting their hair, not even if their loudmouthed wives ask them or it's in their face all the time, because long hair is what keeps the ghosts away." Step #309 requires the formation of a government group called "The Organization For Underwater Closet Feasibility," which seeks to find cost-effective methods of installing closets in the Atlantic Ocean. "American businessman Donald Trumpet made his money with buildings and space, buying and selling these things," Nanaki recently told a room full of invisible reporters who didn't bother showing up after Nanaki addressed all the invitations to himself. "So when we move our closets underwater, my dream of reviving the sleeping Guinea-Bissau economy shall flourish much like the starfish who lacks sufficient storage capabilities." Many experts praise Nanaki's enthusiasm but cast doubts on his dreams of "a velcro-based economy, like on my shoes, the shoes of freedom. Look at my shoes and tell me these are not shoes of the free." 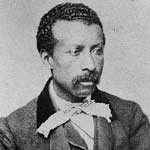 CANDIDATE #2: Roscoe "Cashew Crop" Bolivar
POLITICAL PARTY: Pro-Cashew Guinea-Bissauians Against Locusts
POLITICAL PLATFORM: Bolivar skyrocketed to popularity in 1993, during his famous "speech inside the large ditch," where he coined Guinea-Bissau's first official joke. When questioned about the importance of that year's cashew export, Bolivar replied, "it's quite critical. Very critical." Then he took a drink of some yellow-tinged water sitting on the podium. "In fact, you might even say it's our 'cash-ew crop'." The room of reporters burst into laughter, and headlines the following day ("Bolivar Declares Cashew Crop to Be Cash-ew Crop") won both hearts of Guinea-Bissau's residents. Unfortunately, Bolivar seemed to run out of both steam and political influence after his short-lived foray into fame. A recent speech during his unsuccessful campaign to become Guinea-Bissau's "Vice Chancellor of Fetus Relations" was met with jeering after he shouted, "and, if elected, I promise to restore honor and dignity to the position of whatever position it is I'm campaigning for! In fact, you might even say it will be our 'cash-ew crop'!" The confused and bewildered audience paused briefly before raising from their chairs and demanding Bolivar exit the stage, sometimes by throwing chair legs and flaming bags of confetti at him. Bolivar blames the mishap on a "communications malfunction" in the microphone. "I am a simple man who wants nothing but a bountiful field of nuts free from the devil locust plaguing our great nation," he explained. "I am confident Guinea-Bissau can rebuild its military and international economic might with the power of a strong cashew crop. In fact, you might even say it's our 'cash-ew' crop." 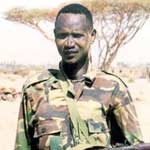 CANDIDATE #3: Commander Rogo "Stab" Molobero
POLITICAL PARTY: The Astrocrats
POLITICAL PLATFORM: The Astrocrats has the uncontested worst track record in recent history, as far as successful military coups go. They attempted to overthrow the government in 1978 by calling up leader Luis Cabral's house and pretending to be his wife. "You has gots to come down the the explosion factory packed with the dynamite to hurry up, I am giving birth to a newborn baby boy!" Cabral did not fall for their trick, as he had never married. Many experts claim it would've made no difference, as the so-called "explosion factory" the Astrocrats attempted to lure Cabral into was simply a large bathroom containing a tube of used Crest toothpaste which they had placed some firecrackers beneath. Determined to succeed, the Astrocrats tried to kill President João Bernardo Vieira in 1989 by sending him a large cardboard box labeled "INSIDE: ONE (1) KNIGHT RIDER CRIME SOLFING CAR!!!" Although the box lacked a car, crime-solving or otherwise, it did contain a small horse which leader Rogo "Stab" Molobero claimed was "a very ugly dog," and had somehow convinced fellow members of the Astrocrats that licking this animal would cause your "entire head to explode up." His original plan was to challenge João Bernardo Vieira to a dog-licking contest after opening the box, one which would hopefully prove fatal to both Vieira and his head. Unfortunately, the "very ugly dog" escaped when the makeshift fence Vieria built out of paper towel tubes and twine collapsed. Not much is known of Commander Rogo "Stab" Molobero's platform, except that he vows to "track down and destroy that very ugly dog for its unspeakable crimes against the state."

As you can see, the race - the race to DEMOCRACY - is truly heating up in the floating alien monster's eyeball of Africa. It won't be long until Guinea-Bissau is truly free, able to embrace the wonderful gifts democracy has to offer, such as the ability to become a filthy hippie who spends all day waving insulting posterboard signs outside a Subway restaurant. I can only pray the the good Lord keeps the locusts away and the cashews to stay long enough for a prosperous and fair election. After all, we're talking about Guinea-Bissau here... not some third-world hellhole like Conakry.