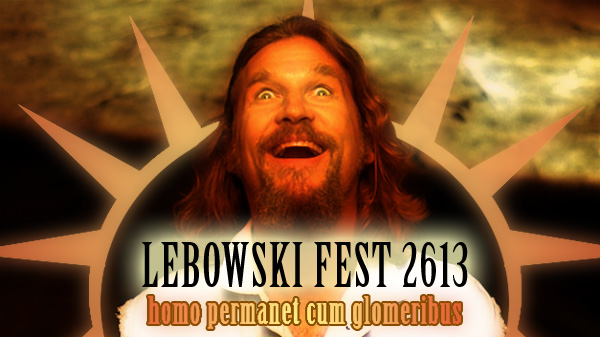 The first annual Lebowski Fest is held in Louisville, Kentucky, celebrating the story, characters, and hilarious antics of the film The Big Lebwoski. Only a few dozen attend, but the movement is growing. The festival subsequently moves around the country to bigger and bigger venues, attracting crowds numbering into the thousands.

Present day. The 612th annual Lebowski Fest is held in Bunker 99 of the Ningxia Genoindustrial District, 8th Tier, Automatic Empire of the 74.5th Emergent Consciousness of Viceroy Lao. Though Lebowski Fest is technically outlawed by the Sense Nexus, this year is the largest festival ever recorded, boasting some 812,000 sapient attendees and some 1.7 million neural-neuter semi-sapient drones. Devoted followers of the Big Lebowski have splintered into many different factions, often only communicating on this one day of the solar calendar. From the opening of festivities, with the ceremonial incineration of the Hated Eagles sculpture, it seems as if the tension may boil over into sectarian violence. 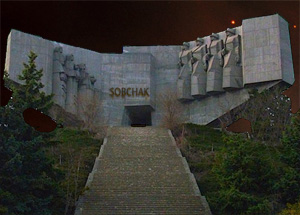 A single man clad in the tan robe of the True Order of Abidement emerges beneath the pillars of Sobchak to give the commencement address. He is stooped with age and his long beard drags through the ceremonial moat of Kahlua and a substance secreted from the walls that is chemically identical to half and half. A mass of people shuffle and murmur in the massive auditorium. The speaker's voice seems feeble as he begins to speak. The organic amplifiers quickly adjust with a hiss of escaping steam.

"Greetings, to all of you, and may the blessings of the Dude be upon you. I hope you have abided well."

"It is good to see so many brothers and sisters. I know that many of you have made arduous journeys to be with us today. The Atomic Donnies made the pilgrimage from the Scrap Blight of Numerica. The venerable Mecha Jesus was decanted from his hypnoflask over 100 days and transported by Chthonic Shuttle. The Maudeites, so good to see them all here at once, have descended from the Autodidactic Precipice at a great cost in life and limb. Thank you, everyone." 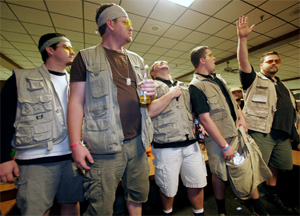 "We must begin today by mourning the loss of more than 30,000 sapients and sub-sapients from the rock gizzard on tier 6 digestion. An unexpected hemorrhage of structural lymph washed them into the main grinders. They were friends, coworkers, sons, daughters, mothers, fathers, logarithmic twitch hustlers, leechsires, gene stokers, goo dogs, and flail-bodied agonists. I would like to honor them by quoting the ancient scripture. In the words of Prophet Sobchek..."

"'Donny was a good bowler, and a good man. He served his work clan and honored the Sense Boss. He was a man who loved the Sense Nexus... and bowling, and as a man who rides upon the ocean he explored the beaches of West Numerica, from the Pitiless Shoals of the Iron That Hungers to the Cursed Foundry of the Wise Daggers and... up to... Pismo. He died, like so many young men of his generation, he died before his time.'" 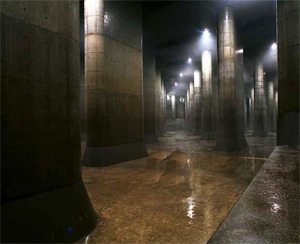 wisdom, Dude, you took him, as you took so many bright flowering sapients at various locations in what is now the Trance Camps of the Labor Caste. These young men gave their lives. And so would Donny. Donny, who loved bowling. And so, Theodore Donald Karabotsos, in accordance with the dying wishes extracted from your putrefying lobes, and the immutable edict of Viceroy Lao, we commit your final mortal remains to renutrifaction, so that your calories may feed the bellies of the next generation, which you loved so well. Good night, sweet prince.'"

"Thank you for your understanding. Before we begin the festivities a few messages must be relayed about events and conduct. We have asked the Sobchakoviks to disarm their burrow casters until after the festivities. We know you are a non-violent sect, but brandishing burrow casters risks accidentally discharging a grub into one of your fellow attendees." 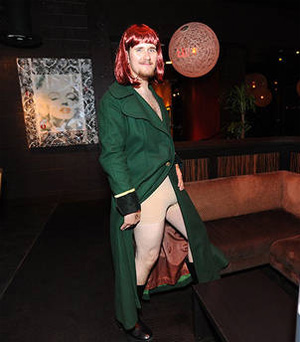 "The Maudeites have invited members of all seventeen genders to visit them in their tent. After a quick inspection from their physician you will be allowed to reproduce with them. The Fundamentalist Allans would appreciate you attend their performance this afternoon at two. Please do not try to speak to them after the performance, their beliefs only allow them to speak the words Allan spoke in the original text."

"If you would like to give the money to the nihilists, they do not care. They might accept it or they might cast you down into the ore spiracles where you will surely be devoured by the savage tribes of radioactive slag dwellers. "

"Lastly, bowling will be available for two hours in the Scabrous Arch. Do not agitate the polymer witch. This is her home and she is generously disentangling herself from her webbing to allow us to play bowling. If she injects you with paralyzing venom and extracts the polymers your body it is only because it is in her nature."

"Now, in the immortal words of the Dude, 'Strikes and gutters, ups and downs.' Let Lewbowski Fest commence."

The ceremonial Uzis are dropped and they spin on the ground firing randomly into the crowd. A steady screaming commences from the sub-sapient labor ogre dressed as Knox Harrington.