It's not often that I write about a topical event. I'm not opposed to the idea, but grasping every angle of a story and presenting a worthwhile opinion somewhat coherently is very difficult and time consuming when you are an idiot. I hope you'll indulge me here.

Adam "MCA" Yauch of the Beastie Boys died yesterday. His cancer had been common knowledge, but the release of the group's last album somehow felt like a chapter mark, neatly squaring his health problems away in the past. I never met the man. I certainly don't know much about him as a person. I'm not going to say that his passing is like losing a friend. It does, however, sting in a surprising way. 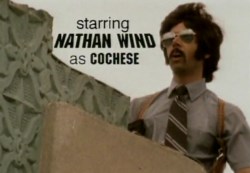 The Beastie Boys have been around since my childhood. When I was nine years old my cool aunt would babysit and play the Licensed To Ill record on our family's big, shitty woodgrain stereo. The songs were absolutely crazy to my still-inflating brain, and they prompted me to dance like any eight year old boy - by which I mean that I was shirtless, spasmodic, and mostly just clumsily jumping up and down or spinning.

I didn't start appreciating music until I was a teenager, so coming back after the release of Check Your Head to see what the group had been up to was a revelation. How in the world did they make the leap from Licensed To Ill to Paul's Boutique? It was insane. Like "barely able to touch the basketball rim on your first jump, then accidentally leaping into the sun on the next try" insane. If you've never listened to Paul's Boutique, you owe it to yourself to sit down and let that sucker play in full.

From that point on the Beastie Boys were a constant presence. They didn't come to mind as an absolute favorite, but were almost always the first thing to reach for while in the mood for music. They were goofy, creative, and more versatile than most people probably realized.

Most of my writing has been helped along by Hello Nasty in the background, in constant rotation along with the Talking Heads and Cake. That probably opens me up to criticism from some people, but that's fine. I've long since accepted that I'll still be listening to that stuff when I'm eighty, the music sounding like ragtime warbling out of a dusty gramophone to my great-grandkids and their judgmental robots.

I really only knew MCA as the dude with the raspy voice, the sole vocalist on one of my favorite songs, "I Don't Know". For the longest time I didn't even connect any of the guys' stage names with their faces. As a group, however, they all meshed into one largely genial entity, peppering their extended bouts of silliness with positive and thoughtful messages. The notion that one of those guys could die is sort of jarring.

Most of us appreciate how very real and indiscriminate death can be, but sometimes without realizing it we assume that some things are safe from the sort of terrible random shit that we see in everyday life. To my surprise, a dude in a group called the Beastie Boys snuck into that blind spot by simply taking part in the creation of a lot of great music and generally seeming like a decent human being. 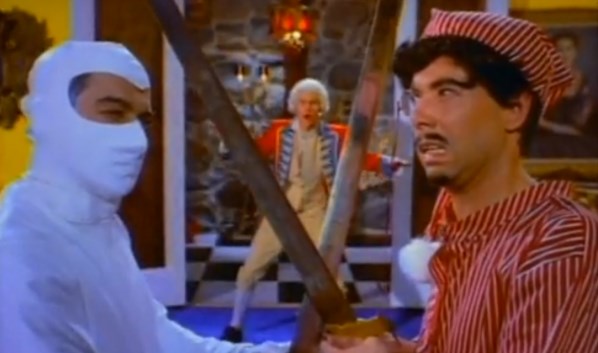