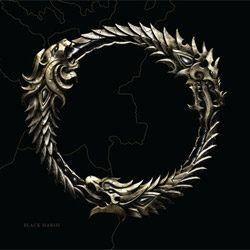 Word is out that the popular Elder Scrolls series of RPGs will be making the leap from single player to MMO. Already, details are beginning to leak, and we have collected the most important.

It will be released "early next year" which should be read as "possibly before the Moon Olympics."

Takes place "a millenium before the events of Skryim" as daedric prince Molag Bal attempts to make Tamriel part of his realm. He probably succeeds.

You cannot buy a house, but you can own a house in the sense that you can walk into a house in the game and say "I own this house." Then if someone walks into the house you can say, "Hey, come on into my house. Have a seat." But they cannot sit because it is not a sitting allowed zone.

NPC marriages to be replaced with actual player marriages that are somehow even less meaningful.

Lack of modkit will prevent enterprising players from making floating castles and covering everything in giant, jiggly boobs and dicks. 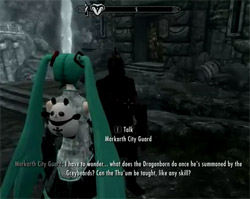 The sweeping visuals of Skyrim will be streamlined and optimized based on an engine developed to run on Soviet-era CAD computers. Might look suspiciously like the green wireframe of a MiG-29 when it launches. Only anime.

Unique party system replaces NPC companions. It will allow up to eight players to block doorways and disappear for minutes at a time only to run into combat at the last second and be permakilled by a fireball.

Promises to breed a new wave of insufferable CHIMlords who discuss Elder Scrolls meta philosophy like they are deconstructing Heidegger with elves.

Character creator system will allow unprecendented customization to create over ten-thousand different variations of a dead-eyed old man with skin problems and block hair. Or you can be a lizard or cat man.

Participate in sweeping PvP battles for castles. Experience the epic mayhem of siege warfare and reenact the battles of legend as you and your army of up to seven friends can slowly fire catapults or attack a castle wall manned by an opposing legion of up to eight players.

Explore an open world, stumbling upon forgotten locations and discovering hidden enemies by asking a trainer standing in a temple for one quest after another.

In addition to this article which you just read or at least skipped to the bottom of, Zack Parsons has also written a book called Liminal States. It's a sci-fi, alt-history, western, detective, horror novel. He also has a short story featured in the What it Means to Be a Grown-Up collection alongside The Onion's Nathan Rabin, comedian Neil Hamburger and many others.