The Final Battle in the War on Men's Rights 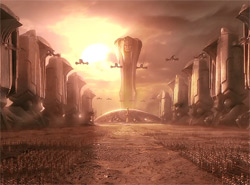 Big Boss Clint Bedrock watched through his manoculars as a wave of beta slaves was herded to the front by the Corps Dominatrices. The betas were disgusting, castrato endomorphs sentenced to fight in penitent brigades after being falsely accused of rape. Their bodies bulged from flak vests and they howled in submission as the Liberation Force tanks pushed them to attack. Their suicidal urges were intended to demoralize the last free men holding Randy Savage Gate.

"All hail the Gynocrat!" came the cry from the enemy formation, with various moaning apologies offered by the betas.

"Sorry, didn't mean to look at you like that!"

"We're not objectifying you!"

"All men are garbage!"

"I hope I don't attack you with the sight of my death erection!"

Bedrock could see the effect the pitiful cries of submission were having on his bunkered men. He had to do something or their morale might break.

"Target the artillery at their front ranks," ordered Bedrock. "Maybe their tanks will jam on the guts of their slaves."

The howitzers thundered from the Citadel of Testosterus and Bedrock lingered a moment at the ramparts to watch the first rippling salvos annihilate the suicidal betas. He turned to his men. They were covered from boots to fedoras in dust from the constant shelling by the Liberation Force. They looked at him with weary eyes.

"Do you want to end up like those piles of crap out there?"

"No, sir," came the muddled reply from his men. 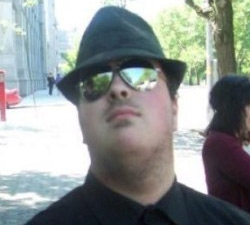 "Do you want to end up as another dad portrayed as an idiot in a commercial or sitcom?"

"No, sir," replied the men, a few of them shouting.

Bedrock studied their faces. He raised his fist.

"Do you want to continue to pay more in social security while receiving fewer benefits, because women live longer?"

"Then let's show those B-I-T-C-Hs how real men fight!"

He pumped his fist and his men cheered him, their bravado reawakened by his inspiring example of maleness. Bedrock descended from the ramparts and into the shuddering walls of the gatehouse as return fire from the Liberation Force artillery began to slam into the fortifications.