You Can't Save the Youth Center 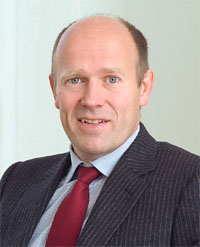 Herlin Crowley, Land DeveloperListen, people; I'm just trying to do my job. But not a day goes by without a foreclosure or buyout ending in a last-minute fundraiser that ultimately finds me shoved into a puddle of mud or swimming pool while I flail my arms and scream the names of those who wronged me. Here's a swell idea: maybe if instead of buying a giant novelty clock, hundreds of pounds of confetti, and a breakdancing stage, you could actually pay your rent? Sounds crazy, I guess. Forget that I mentioned it.

I may be a businessman, but I care about the community. Which is why I have made it my mission to tear down as many youth centers as possible before my phlebitis takes me like it's taken so many Crowleys in the past. Pop quiz: you know when all of those youth centers were built? Back in the 70s and 80s when you could barely tell an inner-city neighborhood from your local abattoir. We thought it'd be great if the kids had a safe place to go where they could play board game versions of their famous television shows, which was quite popular at the time.

The spinners on the home version of Welcome Back, Kotter could not be heard spinning; but the heads of pushers were when they realized all of their prospective customers could now be found in one location that served free pizza and HI-C on Fridays. 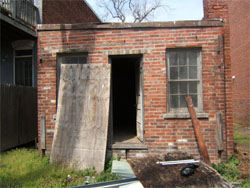 Games of "Twister" aren't much fun when you're getting raped for drug money.Society had driven its children to Michael Jackson's house in a big, yellow school bus and started honking the horn.

Let me tell you, those pro-youth center kids can be quite charming. Typically made up of a variety of races, and each named after some personal quirk, they can cook up a fund-raising talent show faster than they can cook up a fresh batch of crystal meth.

But don't let "Specs" and "Jim-Jam" fool you; they'd rather have their dilapidated houses of ill-repute spewing broken children onto the street instead of a fresh new department store full of jobs for their ailing city. So these hellholes full of VD, broken crack pipes, and missing puzzle pieces slip through my fingers and I'm supposed to be the bad guy? I enjoy midnight basketball as much as anyone else, but not when it's a front for human trafficking. And you can quote me on that.