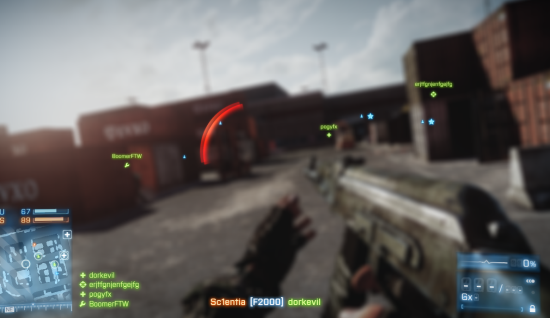 I just picked this bad boy up and sat down with it with enough time to give a quick review for those of you up all night on your smartphones waiting for this year's summer blockbuster game!

In this highly-anticipated new game, players assume the role of a special agent marine or spy who gets assigned to subway duty. Burglars have taken control of the subway system and it's up to you and your wits to find their guns and shoot them with their own guns. You'll need to press space at the right time to jump out of the subway window. You will also be in a war later, but not yet, because as you're about to find out: A lot of Modern Warfare takes place right here at home (in the subway) in a city called Semper Fields. 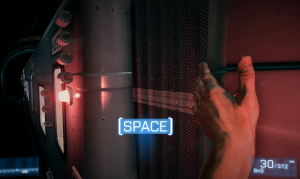 Note to players: The arms appearing frequently throughout the game are apparently yoursGameplay: There is a single player mode but I kept falling off the subway car and dying, so I only played the multiplayer modes. The community itself leaves something to be desired. Almost all of the players are youngsters, or at the very least non-men, and they play the game poorly. They yell at you if you start driving a helicopter (isn't that what they're for?) and yell at you again if you jump out of that same helicopter mid-flight. Very hypocritical player base. EA's community team would do well to address the team-play aspect of the game and encourage it to prevent lone wolves and nomads from running the show.

Sound: Lots of gunshots and planes going around and grunting effects accented by some guys yelling on the microphone. Also some crackling and static throughout. Nothing too special here, bordering on disappointment. 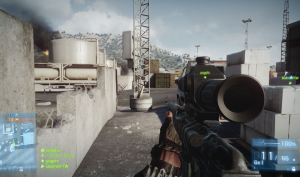 Graphics: The graphics are not what I would expect from a title in the year of our Lord 2011. The bloom effect is far too pronounced and it's very windy, with a great deal of trash flying around. One graphical feature I do applaud is the copious use of shipping crates. When you figure out which direction the sun is coming from, you can use their reliable shadow to find your way on the larger maps. In a way, it's like a sundial that's more fun-- a fundial. Kudos to the dev team for thinking of crates, and mad props to any inventive soldiers also using fundials to get around.

Controls: I found it difficult to finely aim my weapon when being shot at, while running, and while walking. Furthermore, how come my spy character isn't running all the time? It's a war zone! You don't just walk through a war zone, you book your *** and shoot! Hardly realistic, but seeing as how many programmers and designers in the private sector know very little of real war zones, I'll give them a pass.

Overall: Wow. Gotta say I'm not impressed with this latest offering in the Modern Warfare 3 series and I must admit I regret staying up all night to pick this game up. Better luck next time on the PS4, Xbox 4, PC 2, and iPad 3.