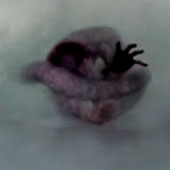 Have you noticed the horrible fog outside enveloping the entire town? You know, the fog that's as thick as soup and hard to walk around in and the one with the primordial monsters that appear out of nowhere to grab people away? I have, and I don't care for it one bit.

What have you gotten us into now? The weatherman says his Double Doppler can't even penetrate the fog. Your administration has brought nothing but trouble to our town. And fix the darn potholes on canal street!!!

I was mowing my lawn in the midst of this grave and terrible fog when I witnessed a large, monstrous hand reach out of the vapors and grab away my mailbox. Let me remind you that tampering with mail is a federal offense. I expect to be fully reimbursed by the city for the damage and any further harm to my property that might occur as a result of this vile fog besieging us. I also want to see these strange monsters brought to justice and I want a formal apology from their leader, if they have one.

WHAT WERE YOU THINKING?

The whole dang town is being eaten alive by a monster-packed fog. Let me tell you, mayor-- this has fluoride written all over it. I warned you what would happen if you put that poison in our water. Us folks like living in a small town and dealing with honest-to-goodness small town problems, like a mysterious baby showing up in lady's bathroom during prom night. Those are real American problems. Evil fog with angry goblins? Sounds like something you'd expect from New York or Miami.

Clean up your act, mayor, before us concerned citizens come down to city hall with our buckets of soap and our heavy duty scrub brushes.

We've got ourselves a genuine monster mash going on in town with no sign of relief in sight. Ghastly ghouls and creepy crawlies are slithering in the heavy fog and causing a royal ruckus for sure. Saw an old man yanked into the mist by disembodied hands with little regard for manners.

My advice to you, O' High and Mighty Mayor Man: Axe the fog and the angry fogmen. The town will thank you for it.

Excuse me, but we're having a bit of a civil disturbance here. Our town is being occupied by green-skinned hippies that are smoking so much marijuana you can't see more than a foot in front of you. I'd like to see you bring in some riot police and start shooting bean bags and tear gas canisters every which way. Wouldn't hurt one bit if you ask me. 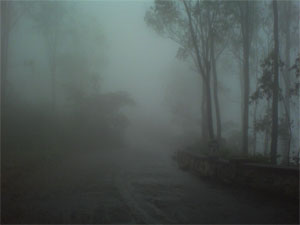 The Fightin' Cougs don't have a chance against the competition with this death fog covering the town. None of the players can see each other, let alone where to throw the ball. Worst of all, us fans in the stand can't see the action. I'm not even sure a football game is being played. Also there are monsters hiding in the fog that keep grabbing at my crotch. Do something about this fog, Mayor Butthole.

I'm as liberal as the next guy, but these strange creatures hiding in the fog are a bit too touchy-feely even for me. Mostly because they have sharp nails and do a lot of scratching. If this fog is going to remain a permanent fixture of the town, can we at least get its strange inhabitants some sensitivity training? Let's start things off on the right foot.

I am not sure if you are aware (maybe you are currently sick), but for the last two days the town has been drenched in an ungodly fog. This is no normal fog, mayor. There are creatures that live in this fog and hop out to grab folks, sometimes pulling them away never to be seen again. Anyway, just giving you a head's up about that.

What I really mean to write you about is an idea I had that could put this town on the map. It's an idea for a new kind of food involving two whole pizzas and one giant beef patty roughly 12 inches in diameter. The beef patty is placed between the two pizzas (the top pizza being turned upside-down). In this case the three objects form a sort of makeshift hamburger, with pizza being the buns. I think it's a great idea and would love to see you embrace my idea in public, perhaps giving me the key to the city.

Eager to hear back,

On behalf of the Mayor and all his staff, thank you for your interest in the community. We appreciate the passion and civic pride you bring to the table and respect all of the diverse opinions of our residents.

We wish to reassure you that, in spite of some very silly news stories, the horrible fog of death has nothing to do with the Mayor cursing the name of a wise Native American chief heralded by legend as having power over the mists and mastery of ancient beasts. Furthermore, the Mayor categorically denies any involvement with the recent desecration of said Native American chief's grave site and the removal of his skull. The timing of these events is purely coincidental.

As everybody knows, the weather in this part of the country can be very unpredictable, especially during times of changing seasons. We believe that the fog should break in a matter of days, giving way to sunshine and the small-town beauty you know and love.

Thank you very much,