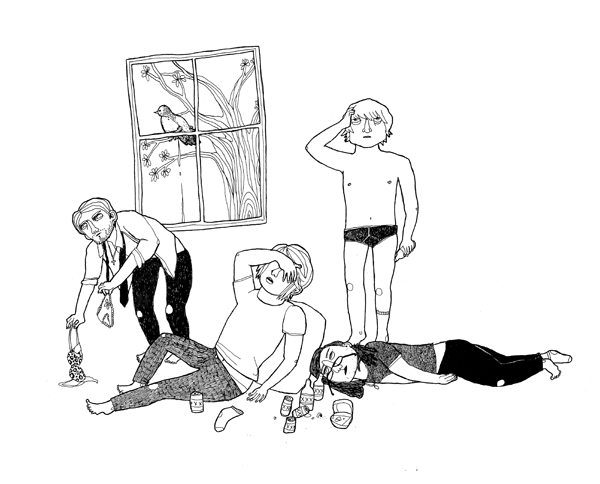 Recently, Rolling Stone published an article delving into the rather sordid personal lives of the Kings of Leon, The World's Newest Rock Stars. Not because of their fame, mind you - that kind of thing comes and goes. Kings of Leon are your newest rock stars because those dudes know how to fucking party. Not in some feel-good-Andrew-W.K. kind of way, but in the wake-up-at-3-PM-look-at-yourself-in-the-mirror-and-wonder-what-kind-of-hideous-person-does-those-things kind of way. The kinds of stuff that teenagers with little experience of their own to draw on love to read about. It's the same as our culture's obsession with the rest of the celebrity world, minus the thin veneer of voyeurism - rock fans outright celebrate our rock stars' excesses, even mourning when rock stars don't seem badass enough.

Fans are always eager to crown the next Real Rock Stars - the next Led Zeppelins or Rolling Stones, the guys who cross the boundary from "weird and creepy" into "perverted legends." It's like they imagine their fame taking hold of them - absolute power over the opposite sex corrupting absolutely into an orgy of fish and redheads. It's maybe the best reason a group of adolescent boys has for casually accepting the alleged homosexuality of some of our rock stars (David Bowie, Freddie Mercury): Not because they're actually gay, but because they've basically fucked all the women that are out there to be fucked. They're out of ladies, but those dudes still need to get their fuck on, gotta do what they gotta do.

These ideas are at least partially fueled by an inability to separate a rock star persona from the performer himself. Like how Bruce Springsteen is just a totally normal guy who it would be awesome to sit around and have a couple of beers with, despite his millions upon millions of dollars. He's probably still really frustrated, living in New Jersey and shit, dude was born to run. So when we consider the guys who wrote "Brown Sugar" or "The Lemon Song" or "Sex on Fire" -- the last of which, by the way, might be the least arousing song to feature the word "sex" in the title -- people are going to assume that when they get off stage, they're headed directly for a door with the word "pussy room" scrawled on it in magic marker.

And maybe they are - far be it for me to deny that one of the many perks of being ridiculously famous is how much easier it is to get laid. (Full disclosure - while writing this article, I had three different women ask me what I was doing. When I informed them "I'm writing for internet comedy website Something Awful," we had sex. As a professional, I'm used to this kind of behavior.) Anyway, for some people, the point isn't that they're getting laid because they're rock stars - they're rock stars because they're getting laid. 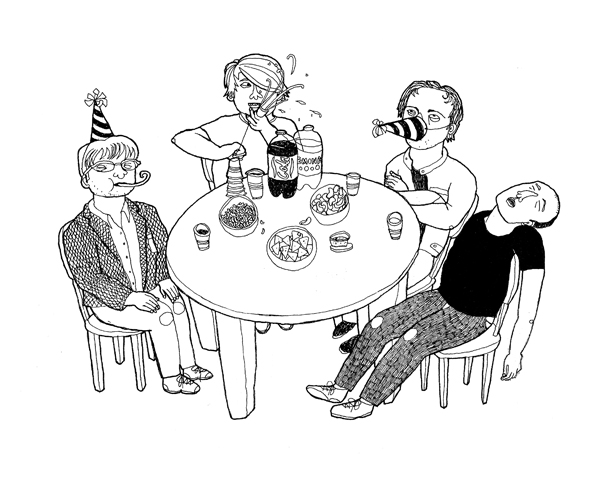 This is sort of the root of the problem - as weird and voyeuristic as our obsession with rock star's personal lives may be, what's more disturbing is that we insist on it. Sexual prowess is equated with some sort of bizarre authenticity wherein if you're not fucking chicks and drinking fifths of Jack Daniels every single night, you're a goddamn pussy and probably gay. Look at the backlash that bands like Death Cab for Cutie or The Shins got from "real rock" fans - according to them, those guys weren't Rock Stars because they obviously weren't rocking the fuck out, and therefore obviously not reaping the benefits. Don't mention, of course, that those groups wrote music that women tended to like a whole lot more (possibly because it wasn't about fucking and drinking 24/7), that's just more incriminating. Real rock music isn't about seducing women, it's about beating them into sexual submission with your gigantic musical cock ('80s power ballads being the exception - sometimes Bret Michaels just wants a slow, sensual fuck).