No Mountain Too High

Today I wanted to kill myself. My cat ran away, I've already seen all the movies that are out right now, my favorite band released a bad album, and I had a sharp little rock or thorn or something in my shoe that I couldn't find no matter how many times I took the shoe off and looked for it. And no it wasn't in my sock because I changed those like three times a day and it still kept stabbing me. I couldn't keep living like this.

I took a hike to see what inspiration nature held. I stuffed a peanut butter and jelly sandwich and some trail mix into my fanny pack, leaving just enough room for my father's old police sidearm and a single bullet. It felt pleasantly heavy when I strapped it around my waist. 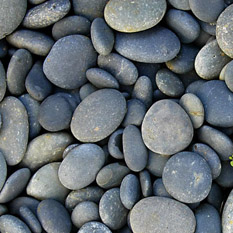 "On behalf of rocks everywhere: We'll never miss you."

"Wow this is like being pregnant or something!" I quipped to myself, but no one laughed because I was completely alone. I filled a few bottles of water at the kitchen tap and grabbed my cigarettes, then set out for the scenic foothills to drink in the majesty of creation, sobbing like a widow the whole way.

Wind whipped through the parched underbrush like a chorus of dejected sighs. A twig snapped beneath my Nevados hi-tops, mimicking the click of a .38 hammer being pulled into place one last time. I paused and kneeled down briefly to cry on it when a small gecko caught my eye. He stood perfectly still, regarding me with an unbreaking gaze that spoke of infinite disgust and contempt.

"Hello little friend! How are the insects tasting this afternoon?" I asked.

"Colt Single Action Army. You're not putting down a sick dog here. Only a complete attention-seeking livejournal faggot would use a .38. At least let the cops know you've got style. They're the last people you'll ever get to impress."

"Gecko, you are incurable!" I chuckled softly to myself. 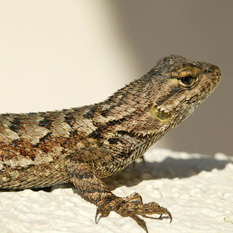 "If only I'd stuck with those violin lessons. You poor baby."

"The name is Leopold Lizard. Anyway if you want, I know this guy over on Birch Street who's kind of a collector. He's a little bit weird but if you want I could give you his number."

I gave him a tiny little pat on the head and he bit me very hard. That really smarts, I thought. My new friend sure does like to play rough!

"Thank you for showing me how to laugh, Leopold. I'll see you on the way back down!"

"I'd rather lose a fucking tail. Smell ya later, sadsack!" Leopold Lizard scampered down into a nearby wash and disappeared.

Later on in the afternoon, I was stung by a bee and a rock called me fat. Then I tripped and fell into a briar patch and it yelled at me for waking it up. Nature is sharp! I found a nice tree stump to sit on, and pulled the sandwich out of my fanny pack. The sun was going to set soon. The stump groaned and whimpered slightly.

"You're the suicide case right? Leopold told me you'd be up this way today. Lucky me." His voice was old and grizzled.

"Wow you look really old." I replied. "I bet you have a lot of sage advice to impart!"

A patch of sagebrush spoke up. "Please dear God leave me out of this."

The stump continued. "Advice? How's this for advice: Do it while you still have the strength to wrap your finger around that trigger. It's all downhill from here. Bow out before the ravages of time leave you crippled and alone and pining for nothing so much as the choking embrace of oblivion."

"Pining! I get it! You are a very clever stump!" I patted him on the bark and took a bite from my sandwich. There was a bug hiding in it and I sort of threw up when I saw it. 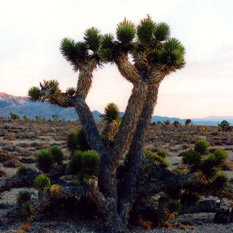 "Are you even listening to me? Life holds nothing for you! Your final reward is nothing greater than a relief from the burden of existence. Claim it early or regret it in 30 years when you're dying from some wasting disease and can't even muster the energy to void your bladder like a civilized human being. Look at me. I used to be 40 feet tall. You've read The Giving Tree, right? Imagine something a hundred thousand times sadder. If you have any sense at all, you'll pull out that gun, put the barrel in your mouth and suck it like a near-empty juicebox."

"This conversation isn't very fun. I think I'm going to go sit somewhere else." I stood up and began walking back down the trail.

A dry tuft of foxtails chimed in. "I've been overhearing this conversation, and I think maybe I can explain it a different way: Would you like to be on the news?"

I pulled a cigarette lighter from my pocket and lit the base of the foxtail patch. The fire looked brilliant against the pinks and purples of the gathering summer dusk, and quickly spread to a neighboring Joshua tree. I thanked all of my new friends for the encouragement and hiked back home a new man.

A truck full of words just crashed outside my house and I went and scooped up as many of them as I could and hid them here for safekeeping. Please don't tell anyone. I could get in big trouble for this!