I skim read SA this weekend like I do every weekend and I just couldn't believe my eyes; that perpetually slack-jawed cretin Scotty D has landed himself a real babe, and he proposed with the old ring-in-cake trick! So, before I write one of my usual poorly thought-out and egotistical updates that is about as funny as a dead baby being eaten by rats, I thought I would take the time to say CONGRATULATIONS SCOTTY D! 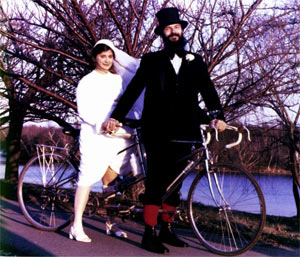 May you and Emily have a happy and fulfilling relationship together and may you never return to your side career as a transvestite male prostitute.

Here is a great picture of Optimus Prime I found on Google when I searched for the word "phlegm".Since writing my heartfelt expose on the discovery and diagnosis of my sty I have received hundreds (one) e-mail concerned about my condition (correcting my spelling of "Kathy" [sic]). Encouraged by this overwhelming response and outpouring of sympathy and beset by yet another tragic illness in such a short time span I have decided to once again focus my keen journalistic abilities on chronicling my malaise. If you can solve the mystery before I do then call 1-900-YO-JOE to talk to Sgt. Slaughter and receive a coupon for 1/2 off the purchase of a HISS Tank.

It all began last Monday, before my beloved sty (which is now just about gone, thanks for asking) was even a red twinkle just below my eye. My roommate was talking to me about the upcoming Spiderman movie as usual when I noticed that his voice sounded raspy, then I noticed that he was wheezing, then I noticed that there was a cardinal repeatedly ramming into our window, and then I noticed that he had a hacking cough. This registered on me because I have all of the constitution of fascist Italy, so any time someone around me is sick I tend to get whatever they have. Roommate has the flu? I end up with the flu. Girlfriend has scabies? I end up with scabies. Some random dog on the street has kennel cough? I get suckered with that. I go to see "Farm Aid"? End up HIV positive.

I put two and two together and came up with "I'm going to get whatever coughy here has". I put it out of my mind for the next few days, although I was reminded several times by him hacking his lungs out and generally being surly. Then the whole sty imbroglio made me forget all about the horrible plague brewing within my lungs and sinuses. Even as that sty was swelling to proportions fitting the hump on the back of a circus freak, a more dangerous and annoying problem was about to unleash itself upon me. 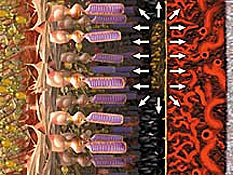 Basically this is how medication works. The medicine cells enter the bloodstream through the mouth and attack the disease cells which are in my sinuses and lungs. The more disease cells they kill the more experience they get until they power up.Fast-forward to Friday afternoon and I'm beginning to feel a little congested. I think nothing of it because I have a few allergies that bother me in Spring and it was very plausible that one of those was the culprit. Had it been, and were I not so hard up for material, you would likely be reading something about me trying to bake muffins or those remote control rats some crazy evil scientist developed. Fortunately for us all when Saturday morning arrived I felt like a three day old turd in a two day old sack.

The amount of mucus endlessly oozing and spraying from my nose was roughly equivalent in hourly flow to the volume of "slime" used during the run of the entire series of "You Can't Do That On Television". In itself this was revolting and annoying, but added to it was the fact that I had also acquired my room mate's delightful cough and barely-audible wheeze.

Much as my cooking frightens and confuses my beloved AOL girlfriend, my sty frightened and confused me, but my unhealthy ass is used to sickness such as this. I did what any red-blooded American would do in my situation and over-the-counter medicated the fuck out of it. As I type this article I am currently whacked out of my gourd on the following medications:

Sudafed Multi-Symptom Sinus & Cold, which is non-drowsy and theoretically, should cancel out the soporific affects of the Tussin.

Atropine that I found in a syrette under the refrigerator. I don't know how to use a syrette or what atropine does so I just chewed it up and swallowed it and it tasted like blood because the syrette was made out of glass.

Some white powder I rubbed into my gums in the hopes that it was cocaine. It turned out to be "burning".

Marlboro Ultra-Lights, the Rx of cigarettes. Their soothing menthol action and smooth tobacco flavor are the medicine doctor cure for what ails ye.

Kleenex with Aloe Vera. They put medicine in the Kleenex. I get the medicine out of the Kleenex by boiling them.

Something I thought was a pill but turned out to be a Good N' Plenty.

After almost an entire day of being on this powerful drug regimen I was no closer to outwitting this pox upon my corpus. The only option remaining for me was to fight fire with fire, a technique I learned from watching Steven Segal movies where he shoots bullets at bullets and breaks people's arms. If anyone has a culture of that flesh-eating virus they can mail to me it would be greatly appreciated. I think if I spread that in my nostrils with a Q-tip it will eat out all of the disease and leave my pipes clean as a whistle. Failing that I am going to literally use fire, but I'm afraid of heights so I would rather not.

The man, the legend, has decided to invest his time and effort into a merciless assault on five new pages of you worthless cretins. 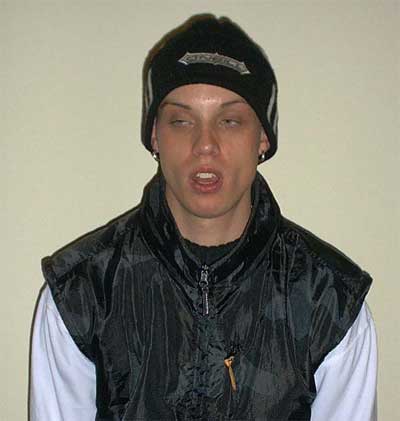 So read his web site before he throws something heavier than a golf club into my face!