what would u really say/do if a skeleton...

It's skeleton season! To celebrate, I exhumed a cool old FYAD thread and assigned William "ryorininseven" Cook to illustrate some of its scenarios. Forums poster Brian "Heathcliff" Laab, or bhlaab, came up with the concept. He can be found on Twitter. You could read more of his stuff at http://www.bhlaab.net if it weren't currently down.

u can lie and all that but what would u REALLY do like what if it was super night out and u go downstairs and there it is a skeleton. its not doing anything outside the realms of a skeletons ability but it is walkin around checkin out stuff but u dont know whats up. 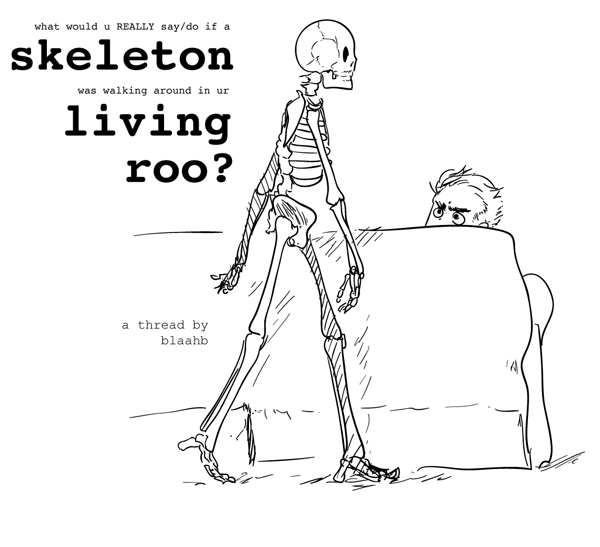 i would try and help it

they cant talk. its just wandering around and rattling so id probably assume its lost

well then i'd probably freak the motherfuck out then calm down

and he would look down to the floor 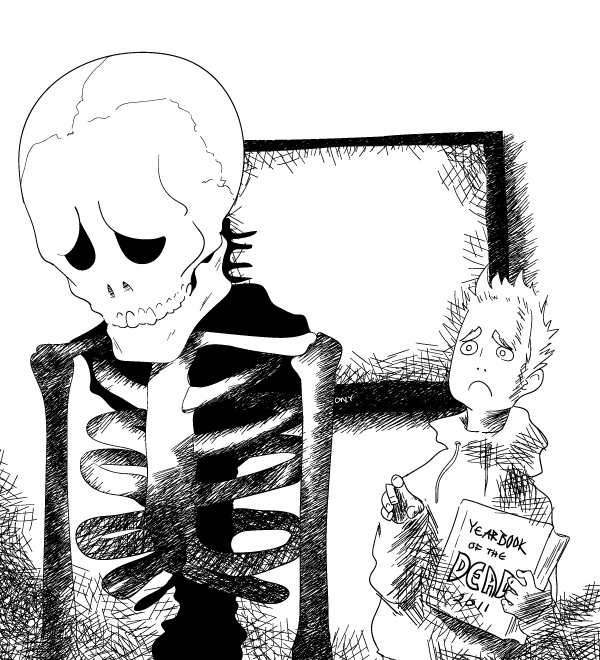 skeletons dont have eyes I'd probly play a cool prank

theres a skeletoin inside all of us. think before you make fun

i would fuck it