Surviving a Hurricane (in Ohio)

I don't see what the big deal is about hurricanes. You know what I was doing when the last one hit? Drinking a Milwaukee's Best. I mean, sure, it didn't rain here, nor was there any other life threatening things except wind, but a hurricane is a hurricane. Right?

In case you don't know, the Midwest got kind of "slammed" by the remnants of Hurricane Ike. Though news channels focus on nothing but hurricanes during these months, the people around here weren't really prepared. I'm not really sure what it was classified by the time it got here, maybe it was still a hurricane, maybe a tropical storm, or possibly a real life recreation of the Winnie the Pooh cartoon "The Blustery Day." Regardless of the official title, the storm was strong enough to turn a mediocre Midwest city into a mediocre Midwest city filled with chaotic, overweight families. I saw a few out-of-the-ordinary things that I thought I would share. 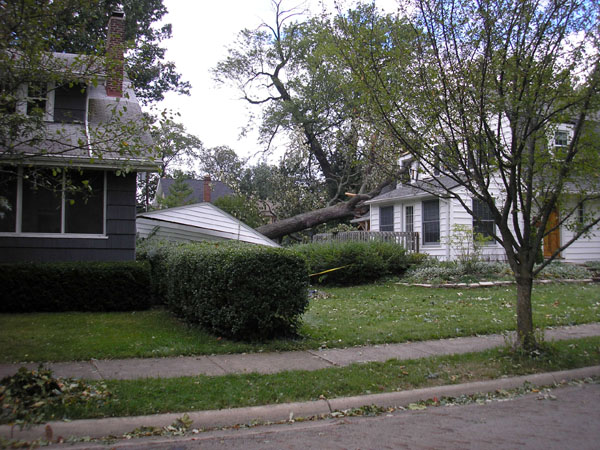 
Sunday 14th The Day of the Storm Unfortunately, the Buckeyes lost to USC the night before. Had they won, thousands of white trash OSU students would still be celebrating with the ceremonial dumpster fires. My wish to see the entire fan base of OSU whipped out in a single natural disaster came so close. I was watching the Cincinnati Bengals game on television when the announcer mentioned that 45,000 Cincinnati residents lost power. I laughed to myself since Cincinnati, the Bengals, and the people living in the city suck. Five minutes later the first winds started in Columbus. My power goes out after the second gust. Maybe someone in Cleveland tried to laugh at the other two major Ohio "C" cities before realizing that Columbus and Cincinnati without power are still better than that shit hole. With the lights out, my internal clock got all screwy and I started drinking at 3pm. By five I was all out of beer, so I started walking to the grocery for more. Twenty elderly women still wearing their Sunday best along with a dozen minivan mothers were loitering outside the store. I forced my way through the crowd only to come face to face with my worst nightmare. Well, that is what he wanted me to think. A boy, no older than fifteen, was blocking the door. He was wearing the same red poloshirt uniform like all the other cashiers and stockers, but his popped collar and Oakley sunglasses were his own personal touch. I tried to walk past, but he quickly grabbed my shoulder.


"Whoa bro. Back of the line, just like everyone else." He said, adjusting his white sunglasses. The kid was some sort of grocery bouncer, and he is enjoying every moment of it. The women were getting increasingly frustrated. A few beg for acceptance, but the kid just smirked and said the power's out.

"What about produce?" A woman screamed from the back.

"Those are gone too."


I walked into the dark grocery store. People keep bumping into one another. as they wander down the few aisles still stocked with food. An old man trips nearby, sending his five boxes of saltines flying across the floor. I wanted to help, but I was on a mission. I kept wandering deeper and deeper into the store until I reached the back. I used my cellphone to light up the broken cooler. All the beer was warm except one case which was wedged in the bottom. It's Milwaukee's Best, but at least the cans were still sweating.


The sidewalk was blocked on my way home. A giant sycamore had fallen during my grocery trip, taking out a house, one of those cement geese, and a few finely trimmed bushes. A few kids playing on the enormous branches, working their way up to the second floor of the house, while their parents smiled from the portion of their not-quite destroyed porch. A near by car alarm was going off from falling branches, but despite the danger, the children play. I hardly look at the people though, since my eyes are glued on other nearby trees. I wanted to warn them, but instead decided to walk faster. I may be a pussy, but at least I had the last case of cold beer in Columbus.