The United States has a contingency plan in place to combat every conceivable threat on the planet. Most countries do - not because it's fun to doodle macabre wish lists of atrocities you'd like to try out on people with different accents (complete with little airplanes strafing stick figures in the margins), but because you would look like a total asshole if Jamaica sacked your capital overnight while you scrambled to respond with anything more than an official press release reading "WHAT".

The U.S. government classifies such contingency plans as top secret, as their disclosure would immediately render the country vulnerable until the creation of alternate plans. Naturally, these documents can only be accessed by the President, top ranking military personnel, and internet humorists.

I have to return this folder to the Department of Defense by tomorrow and the late fees are outrageous, so I'll just pull a few random plans from the stack and scan them for you guys. 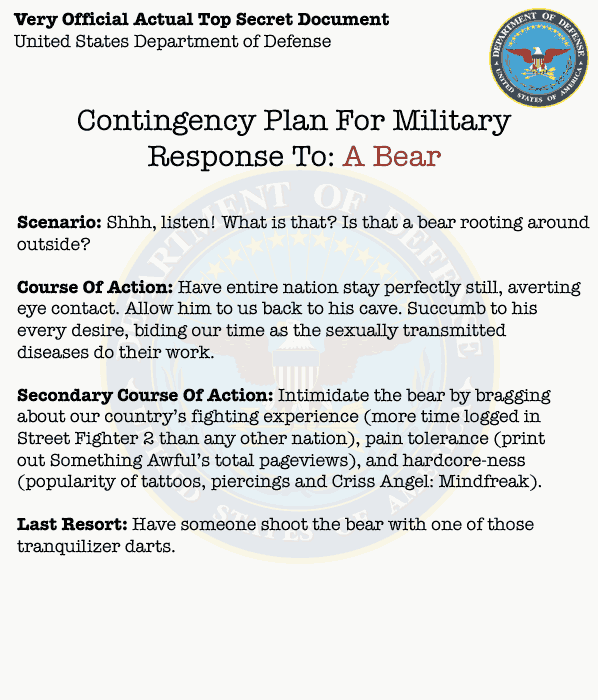 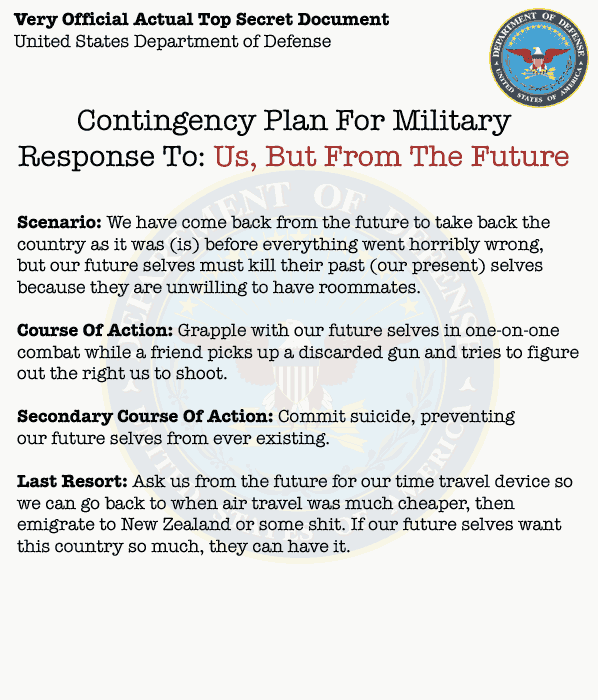 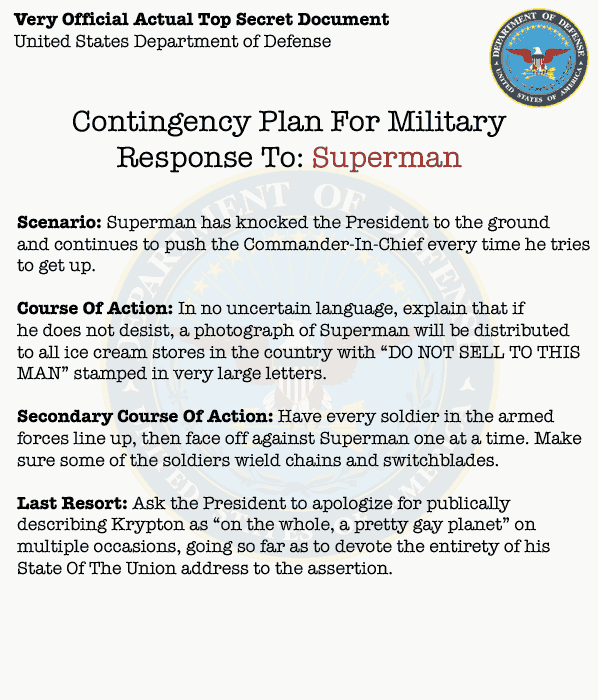 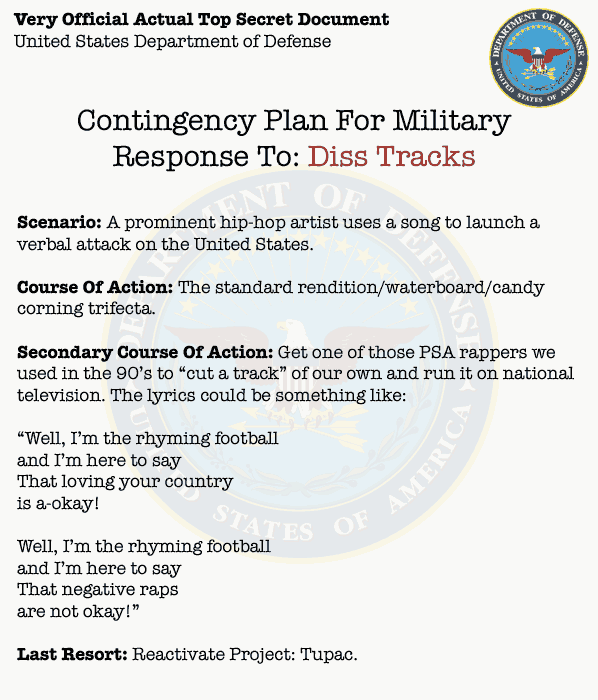 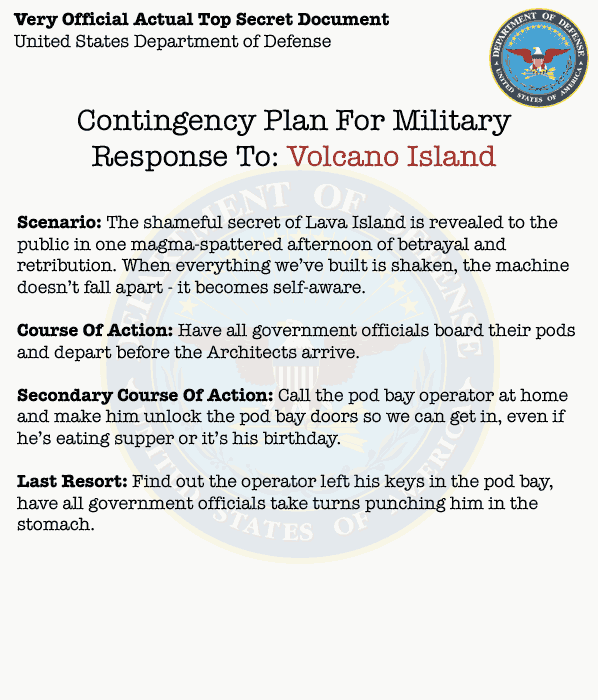