On the Dangers of Telepathic Parrots 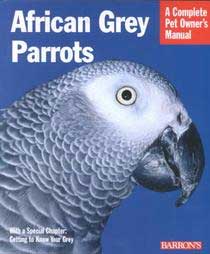 He knows... I have long enjoyed a friendly relationship with birds. Save for a few skirmishes with ducks and geese, I have never had a problem with birds in my life. And really, do ducks and geese count as birds? I have always considered them more of an amusement, since they are delightfully fun to incite. Running from bulls may be a manly daredevil sport known throughout the world, but running from a hoard of enraged geese is a much more accessible activity you can swing just about any time of the year.

It seems as though a strange and dramatic shift has occurred in the last few years. Parrots, long a favorite of Portuguese sailors and crazy ladies alike, have developed terrifying telepathic powers. The vanguard of this new race of telepathic parrots is an African Grey by the name of N'kisi, a genius bird with a vocabulary comparable to my own.

The N'kisi Project is a series of controlled experiments and ongoing research in interspecies communication and telepathy conducted by Aimee Morgana and her language-using parrot N'kisi.

Apparently this is all somehow old news. The avian equivalent of the Manhattan Project occurred and I don't recall a single instance where the news media informed me that the sovereignty of my mind was now fair game for nosy parrots. It was shocking, horrifying, and bewildering, like a death row electrocution getting interrupted by an ugly streaker. It never once dawned on me that parrots were reading my innermost thoughts and then probably making wisecracks about them. I have no idea how badly I've been compromised by mind reading parrots, and probably never will. How great is their range? Right now is some bastard parrot in the Congo telling some stranger – or worse, other smartass birds – that I spend my nights wondering why Karen from "The Office" doesn't love me? The invasion of privacy is absolutely chilling. 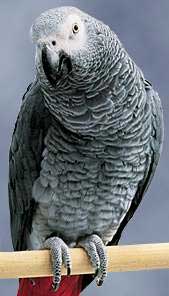 There is no sanctuary.This epochal development in bird affairs is entirely unacceptable. Let's take a moment to review a few facts related to this matter.

Fact: Nowhere in the Bible does it mention telepathic parrots. Furthermore, it mentions no mind reading animals of any sort to my knowledge, though it does feature interspecies communication in the form of Moses talking to a bush with a fully developed larynx.

Fact: Humans are the most advanced species on the planet and still cannot read minds.

Fact: Mind reading parrots are at odds with science and religion.

This brings up two important questions for me.

First, how long have they been telepathic? We have been keeping them in cages and as pets for millennia. There, in the solitude of those cages, have they reshaped their brains to comprehend a realm beyond the physical? Or have they always been listening in since the dawn of time, resting on the shoulders of mankind mere inches from his brain physically, but within it all the while psychically? Who knows what historic events psychic parrots might have influenced. Was there a nefarious parrot whispering in Hitler's ear? One wonders.

Secondly, now that the telepathic abilities of parrots is public, how long until parrots are weaponized? If canaries are good at detecting poisonous gases in mines, why not deploy parrots for use in war? Armies could train parrots to read the minds of terrorist enemies, revealing vital intelligence. Corporations, too, could employ parrots to sniff out details on rival firms or monitor the thoughts of their employees. Expect to see political candidates exploiting pools of feathered procogs and telepaths in their ruthless pursuit of power. I foresee a terrifying Orwellian future where parrots, not nuclear weapons, are the most dangerous weapon known to man.

Another possibility is that parrots are not telepathic and the great N'kisi is an elaborate fraud. Parrot brains, being about the size of a peanut next to our Arby's Super Roast Beef Sandwich-sized brains, would logically be incapable of digesting the wealth of information circulating at any moment in the vortex of the human consciousness. But still, that doesn't mean that they aren't listening in. You don’t have to hear all of a conversation or even understand the sum of it to repeat part of it. Let's face it: The evidence is overwhelming. Right now your private thoughts are being parroted by parrots.

From these facts we can conclude that parrots are an abomination to everyone and everything, and must be melted down to molten ore like the feathery witches they are. Only then will we be safe. Only then will our thoughts be our own. Until that day comes, anything you think is fair game. Cage the birds all you want, but know that bars cannot confine their evil minds.