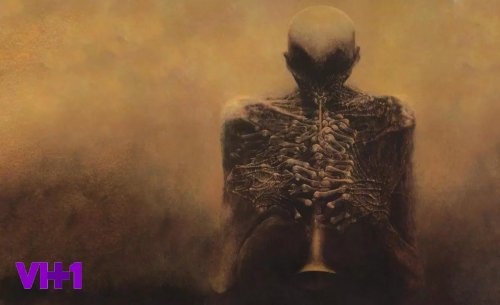 Thanks, everyone. The first song I'm going to play tonight I wrote way back in 1998. I had just had a huge fight with my girlfriend, Shelly, and was thinking about how the things you love can also make you cry. So I wrote this song for Shelly in hopes it would keep her from leaving me. It's called "Aria of Agony."

*Haunting melody that plumbs the deepest chasms of human sorrow, building to a crescendo of ghastly, blood-curdling moans. Each measure draws the audience further down a labyrinth of dark thoughts from which there is no escape.*

This next song I wrote in the aftermath of 9/11. There was a ton of negativity in our culture at the time and a general unease about the future. But rather than contribute to that, I wanted to put some positive, tolerant vibes out there. So I sat down and wrote this tune, "Shores of Oblivion."

*Keening of a thousand lost souls lamenting their infinite unrest, with sudden flourishes of metallic scraping, like some savage beast clawing at the walls of one's sanity.*

This song I wrote in Chicago while touring with I Hate Fridays, who are a great band by the way. I was staying in this dismal hotel room but through the window I had a great view of the Sears Tower, which looks absolutely stunning at night. I think that contrast influenced this song a lot. It's about how you can have nothing, but still feel totally alive and free. Anyway, here's "Lucifer's Reverie."

*Cold wind drifting across a blighted wasteland, over bleached bones, fallen cities, verdigris of crumbling monuments, followed by a long, mournful threnody. In the piper's slow, sinuous phrasings, the audience hears the anguish of the dying, the emptiness of ages, the leaden futility of existence.*

Here's a song that almost didn't happen. I was cleaning out my attic when I happened to find an old photo of a friend's birthday party. Something about it spoke to me, and I immediately picked up my flute and composed this song. It's about how everything changes, but also wanting to resist change, wanting to hold on to the past. I hope you like "Over the Black Horizon."

*Terrible cacophony that sounds like the universe itself screaming. Most of the audience members go insane and are dragged out of the room laughing maniacally and soiling themselves.*

This last number is a little different. I wrote it in 2004 when my brother died of cancer and I was really depressed. But depression can be a fertile time artistically speaking, so took everything I was going through and wrote what I consider my darkest song ever. It's called "High Five the World (Everything Is Rainbows)."