Subj: I WENT ON A BAD GAME SHOW

HELLO!!!!!!!!!!! First the good news is that your dear pop walked away with $850 in cash, the bad news is that it cost me my close personal relationship with the mayor and his prized pig "Big Victoria The Prized Humble Hog With A Heart Of Gold"

The show was called "Big City Bucks" and it is on the local station. The mayor himself was invited to try his luck but the show is known to be extremely difficult and yours truly believes it was a plot or scheme to make the mayor look bad before election season, but i could not resist the lure of money so i pressured him to go on the show and to take me with him as well as the big hog herself 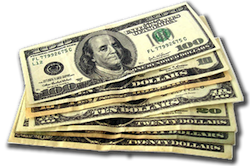 they suspended the prized hog in a big cage hanging in the middle of the studio about 15 feet off the ground and she was introduced as The Big Happy Pig but she was definitely not happy. the first round was called "Big Trivia Challenge" which was a normal trivia challenge except for the big pig ruining a bunch of our turns by squealing during and after the questions. the host kept saying she's a team member and that her squeals were our answers. Messed up. We lost a lot of money

Round 2 was the Strength Round where i got suited up with pads and stood on top of an overturned wash tub and the host also got on a wash tub next to me and we grappled a little with our arms, but that's about it. he got in real close on me with a weird hug move and was breathing on my ear and it made me shiver and i almost fell off the tub. His breath was so gross and it made me cough a lot from the stink. when the Big Pig heard me coughing and in trouble she got real upset and started oinking and getting upset and the cage was swaying back and forth. They made us stop the event. There was no winner in this one 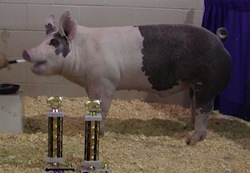 Third round was the big cash grab chamber where I stood inside a big money booth vortex and big time cash was flying around me in a circle. I got really tired from the lack of fresh oxygen and leaned against the window which turned out to be a very smart tactic because the money got stuck up against my face and shirtless chest and i collected it pretty leisurely for the next several minutes. i could also not hear the squeals of the pig which was a big help to me personally

They called the last round the Lightning Round but i think it should be called the Frightening Round for scaring me. they turned the lights almost all the way off and then did a lightning flash every now and then with a big sound that made the pig very mad. Whenever the lightning happened she would growl and squeal real loud which made me scream sometimes too. I do not remember what the event was (I Think They Made Us Play A Weird Card Game With Giant Cards) but i just wanted to get out of there. So i did

The show will probably be on tv at some point if you get that weird local farm channel. If you see it be sure to look at the hero aka me for some hints and tips on how to make money in a big room where a pig scares you a lot!!!!! BYE!!!!!!!!!!!!!!!!