HELLO!!!!!!! Today I spent most of the day remembering the horse that lived in our home for most of your youth. What A Beast! He was wild about having fun and being a nice horse. The day I found him he was wandering near the road after a couple cars crashed through a fence and I was on the car phone with one hand and luring the great steed alongside my car with a handful of fast food with the other. I was driving with my knees and throwing fries at him to get him to walk with the car

The Day I Found Out The Horse Liked The Taste Of Beer
I came home from work to find our friend the horse chewing on cans of beer until they started spraying everywhere and then he would hold them in his mouth and drink the beer. (This was on like day 2 of owning him so i think he knew this trick already.) For a few weeks i kept my beer under the house to keep it away from the horse but it was getting tough crawling under there all the time so i decided to buy the horse his own keg and let him get tired of beer himself. This was a bad move according to the vet who came over for unrelated reasons (horse throwing up) and it was very expensive. I spent the better part of a weekend laying in a hammock and shooting beer into the horse's mouth with that little spray hose, too 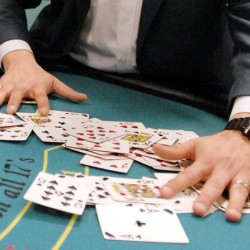 The Day I Found Out The Horse Liked Gambling
I don't know if the horse liked gambling as much as he liked seeing me win at gambling because when I won on my computer poker i would hoot and holler and get him all riled up. The horse did not know how to gamble probably

The Day I Found Out The Horse Liked Dessert
When I was putting whipped cream out of the can onto some nice foods the horse came into the kitchen and wanted to see what was going on so naturally i used the whipped cream can to spray a bunch of it. He ate basically the whole can and I thought everything was fine but about 45 minutes later once the sugar and cream made its way through his gut he was outside ruining the herb garden. That's why the "No Dairy For Horse" sign was on the refrigerator for many years and why our foods had very few flavors for a long time

The Day I Found Out The Horse Liked Painting
He painted a self portrait. His mischievous smile haunts me even now. it hangs above my bed 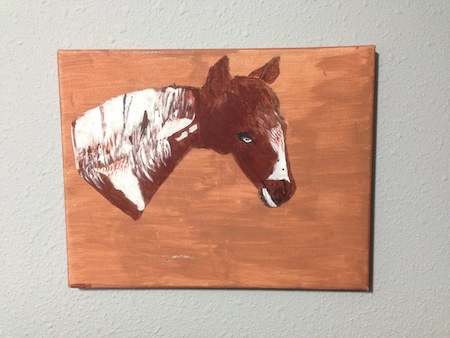 ISN'T IT DREADFUL i am convinced i am in a hell