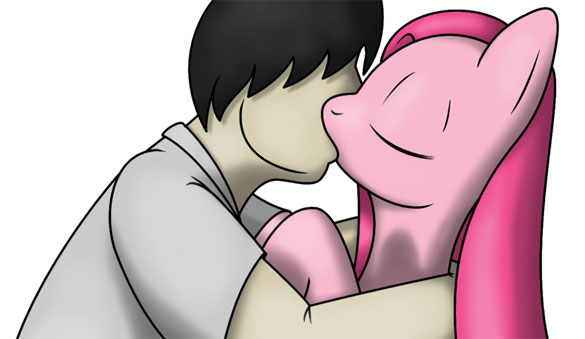 If you've used a computer in the last year or so, you've almost undoubtedly come across an individual who identifies as a brony. They are the (typically adult male) fans of the modern reboot of My Little Pony, and their obsession for the show oozes out of their pores constantly, coating their bodies like a fine gravy. This fandom follows in the footsteps of other seemingly non-starter concepts (or rather, shoudn't-start concepts) such as the anime or furry fandoms that nonetheless gained a foothold among groups online. The brony fanbase is substantial, and growing. 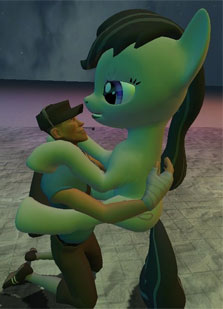 There's a bit of a controversy happening in the community right now, however-- the pony known as Derpy has been changed by the animation studio! Formerly, she appeared as a mentally-disabled yellow female pony with deficiencies exhibited for comedic effect. Recently, the show changed the character to be, well, less that. She's been toned down a bit, with her trademark "derpy" googly eyes being largely straightened, and even the name Derpy being retroactively un-canonized in an episode. This has caused an outrage among bronies, many of whom are fighting to keep her comedically-disabled appearance and behavior intact. There are many rants from fans that can be found searching sites like Reddit, and least two petitions for you to sign, as well as tumblrs and Twitter accounts and you-name-it. For some, it's a full-bore movement with the name #SaveDerpy.

Let's consider something, though: For a fanbase that supposedly teaches tolerance above all, is this really the correct course of action? Why maintain a character's developmental disability-- only to have it be laughed at by a nationwide audience? That hardly seems to be in the best interest of tolerance. Could some other factor be at play here that makes it worth fighting tooth-and-nail to keep Derpy the way she used to be?

You see, while some in the brony community are being vocal about the modification of Derpy, others are busy drawing fanart or writing their own fiction, much of it of the adult variety. I'm not about to connect the individuals campaigning to re-disable Derpy with those who sexualize cartoon ponies, but let's face a few facts here: Many bronies exhibit a worrying sexualization of childhood or the childhood themes portrayed in the show, a fact which is largely overshadowed in public bronyism displays and meetups by the concept of tolerance that the show preaches. Derpy is also one of the ponies that also is routinely sexualized. You can very, very easily find fan art online of Derpy with enormous naked breasts and an exposed vagina. In fact, here's an example. Don't click it. She is a developmentally-disabled character on a show for children, and is reproduced in naked or sexual situations by fans of the show. And this fact is celebrated. This actually occurs in our world, today, in the year 2012, online, and it is apparently an accepted part of the culture by many individuals. 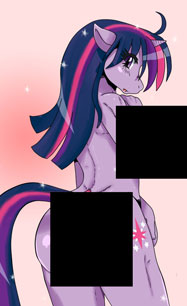 This piece isn't intended to be inflammatory or sensationalist, but the fact that many ponies are sexualized by participants in the brony culture is undeniable, and should be seen as worrying to those with small children who are legitimate fans of the show. Specifically, it's not unreasonable to shelter children with developmental disabilities similar to Derpy's from other, adult fans of the show for reasons that should be obvious.

Don't get me wrong, I'm not suggesting the creators of My Little Pony: Friendship is Magic have any hand in what's taking place online. To their credit, they've got a successful show on their hands and should absolutely milk every dollar they can out of it, and to do whatever they believe is appropriate with their characters and their properties. The reality remains, however, that a disturbingly large portion of the adult males who enjoy the show do it in ways that are sexual, and logically, there is bound to be some overlap in those who sexualize ponies such as Derpy, and those who wish to see Derpy's mental shortcomings "saved" on the program.

Please spread the awareness of the troubling nature of the #SaveDerpy campaign by clicking this link, which will use Twitter's functionality to tweet a link to this article. If you have any children, siblings, or friends that show an interest in brony culture-- especially if they're to the point of owning physical merchandise-- you may want to consult someone who has experience dealing with obsessive disorders. Use your own discretion.

Thanks, and be safe, everybody!

Parts of this piece are based on independent research into the brony community conducted by @dogboner and @dril.