Secrets of the Mountains 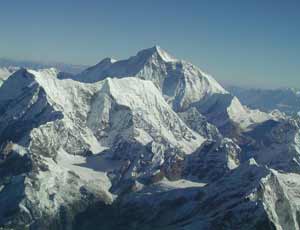 One of the nicer aspects of living in Washington State is the abundance of scenery, which makes things look very pretty as opposed to whorishly ugly. This scenery commonly takes the form of large mountains that tower over surrounding lands and signal impending doom, should nature ever grow angry with mankind. Mountains, in addition to being large and in charge, pack many secrets, just as large people often secretly pack food between folds of fat. This week I went to my local library and did some extensive reading on mountains, compiling trivia and secrets for you fine readers to enjoy. If you are a mountain enthusiast or just a fan of the concept of mountains in general, then you will likely find some of this information handy. If you hate mountains or have lost a loved one to mountains, you might want to skip over this one since it talks about your worst enemy in detail.

The first mountain was named Robert, though it later changed its name to Steve to distance itself from other Roberts.

Some mountains are actually dormant volcanoes. One such dormant volcano is called Mt. Rushmore, which erupted in 1978 and consumed Rapid City, South Dakota in much the same way Pompeii was consumed by Vesuvius. Most mountains, however, are full of fanciful surprises and treats hidden beneath layers of rock.

Mountains are generally formed as a result of dust piling up over thousands of years and hardening. Nowadays few mountains are formed because people are constantly dusting things, leaving a much flatter world for future generations. Other mountains are created through volcanic activity and, on occasion, through carelessness.

Mountaintop removal is a controversial means of mining that involves completely removing the tops of mountains in order for miners to reach the delicious, fruity berries contained within.

Removed mountain caps are usually ground down into small pebbles, dyed exotic colors, and sold at pet stores for use in aquariums. This is a multi-billion dollar industry in and of itself.

Mount Terror, formally located in Washington State, was named as such because for one brief summer in 1964 it killed 48 young teenage lovers. It was destroyed in late 2004 as part of the Global War on Terror.

Mount Olympus was considered by ancient Greeks to be the home of the Gods, however expeditions to the mountain found no evidence of any divine activity. Some bones were found that might have belonged to a god or gods, but unfortunately a dog chewed them up before scientific studies could be conducted.

Many primitive cultures naively considered mountains to be deities or spiritually important. This is only actually true of one mountain, Space Mountain, the physical manifestation of God itself.

Mountains often sport a unique wealth of wildlife, including pikas: vicious little mutant squirrels that feed on bears, otters, humans, and other large high elevation mammals. Pikas hunt in packs and obey the edicts of their telepathic queen and are considered to be the most dangerous animals alive.

Mountain Men, a race of humans long separated from the rest of humanity by way of great elevations, often patrol mountains looking for berries that have surfaced and also for lost women to abduct and take on as wives. Most are friendly, though they have long since lost the ability to speak any language and tend to communicate by way of grunts and clubbings to the back of the head. It is believed their numbers are thinning as a direct result of increasing pika populations. 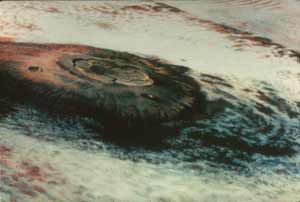 The tallest mountain in the solar system is not on this planet, however, the world's largest penis is, so FUCK YOU, MARS.

Because doing anything other than surviving at high altitudes is extremely dangerous, the bodies of fallen mountaineers are often left behind to serve as grim reminders of the murderous ways of the mountains. A common prank experienced climbers play on rookies is to lie down and feign death, then pretend to come back to life. This comical prank usually kills three or four amateurs a year, and keeps the mountains well fed on fresh blood.

The Swiss Alps are synonymous with St. Bernards, a breed of dog that roam the mountains looking for tourists to mug and feed upon. What you probably didn't know is that St. Bernards have been extinct for over 3,000 years, when Moses was ordered to slaughter them all by God. The people being robbed and eaten are merely going insane and hallucinating the dogs.

In the Scientology faith, the alien warlord Xenu ordered the bodies of billions of humans to be piled at the base of a large volcano, which was then erupted with the aid of hydrogen bombs. While this is certainly one of Scientology's more interesting aspects, it is hardly unique. Many religions and cultures have a myth involving alien-engineered volcano genocide, just as many religions and cultures have a great flood myth.

In 1980 Mount St. Helens erupted and killed dozens of people and millions of animals and fish. Meanwhile, thousands of miles away on the other side of the country, Fort Knox was successfully robbed by a cobal of supervillains. The planned volcanic eruption acted as the perfect decoy to the perfect robbery.

The mysterious Witch Mountain has been the subject of much speculation, but few are brave enough to climb it for fear of incurring the wrath of the strange and supernatural children that dwell within.

The phrase "joining the Mile High Club" is often believed to mean "having sex in an airplane." The origins of the phrase date back to 1953, when Edmund Hillary and Tenzing Norgay celebrated achieving the first ascent of Mt. Everest by having a brief romantic encounter at the summit.

Should you be planning any trips to the mountains soon, I advise you to stay swift and alert, for they are dangerous beasts of rock and ice that will not hesitate to destroy everything that you are and everything that you hold dare. However, when treated with care, mountains can be kind companions and a source of delicious berries and glorious sights. I recommend you drive to the top whenever possible, as walking up them is rather tedious and pointless.