What began with a mutual love of anime and manga germinated into a friendship that blossomed into a romance. Their Internet flirtation really took off when they met at 2011 Anime Central in Chicago, the Midwest's biggest anime convention. They could have attended a discussion panel being held on "the dysfunctional elements of the Otaku Subculture," but there was no time for that. The 20-year-old woman whose name is being withheld by authorities was in love! 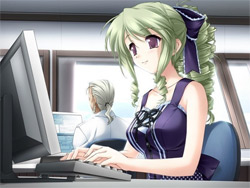 The man of her dreams?

Sir Wilfred Camaligan, 22, met his 20-year-old victim at an anime convention in June and communicated with her via Facebook before they began dating, prosecutors allege.


Sir Camaligan, of the Holy Order of Hmong Knights, who goes by the nickname "Flyboyz," romanced his kindred otaku into moving in with him at his Chicago apartment. Once her milk crates full of manga and wall scrolls had been strategically deployed he revealed his interesting ideas about how this relationship would work.

“After a few weeks, the defendant became possessive, and wouldn’t let the victim leave,” Cook County Assistant State’s Attorney William Hall said. “He began beating the victim with a crowbar and a stick, strangled her and forced her to kneel on rice, while telling her that he was going to kill her.” 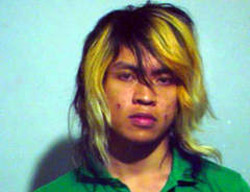 Now that's not very chivalrous! Sir Camaligan also forced the young woman to use a knife to carve an "X" into her breast. Perhaps he doth create a questing map? Alas, before Sir Camaligan and his young squire could pursue their mammary adventure, Sir Camaligan made a critical mistake.

"...after holding her against her will since July 15, Camaligan let her leave the apartment for an errand Friday, police told ABC News. Once she left the apartment, another woman let her borrow her cell phone to text her mother. The cell phone owner then called the victim’s mother, who called 911, according to police."


When the young woman failed to promptly return with the stack of doujins and pocky he realized something was amiss. Although every fiber of his being told him to await police with his anime sword in hand, sir Camaligan decided escape was more important than his knight's code.

According to a local liquor store owner, he tried to disguise himself before the arrest.

“He said he wanted a hat and something to cover his face,” said Jose Lopez, of Fischman Liquors, according to the Chicago Sun Times. “He said, ‘I don’t want people to recognize me.’”

Unfortunately for Camaligan, his hiding spot "inside his apartment's basement" proved not to be the impenetrable fortress he had hoped. He was arrested and charged with attempted murder, kidnapping and domestic battery. His bail was subsequently denied.

No reaction yet from Sir Camaligan's brother knights in Vietnam.