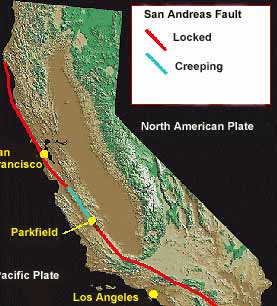 San Andreas is coming!The wait is finally over! After roughly 600 years of being encased in a solid block of ice in Greenland the highly anticipated Grand Theft Auto: San Andreas has been freed from it's icy tomb and is being delivered as we speak to Anytown, USA! Folks, you are in for a real treat today. Something Awful, the web site where real men pee sitting down, has secured the world exlusive first review of San Andreas in all of its exclusivity. We are exclusively honored that Rockstar Games have exclusively chosen us to deliver the exclusive review of their exclusive video game. Let me just say one thing folks, they should have left the damn thing in Greenland.

Grand Theft Auto: San Andreas tells the story of a man named Carl Jordan who, after getting beat up by some bullies in west Philidelphia, catches a plane to his mother's house in Bel Air, San Andreas. Unfortunately his mother is killed in an earthquake and the in-flight movie was "The Grudge". Enraged, "CJ" must battle the gangs of San Andreas to find out who framed him for a crime he did not commit in a city that has been consumed by a strange deadly orange tint. Who killed Carl's mother? What is the cause of the deadly orange tint? Where are my car keys? Oddly enough these questions are never answered over the course of the game. What we get instead are a gaggle of loosely related missions where CJ must help old ladies cross the street or mercilessly slay young hookers that have no families and must suck dick for 5 dollars a shot to pay for their massive tuitions in order to increase his health bar. But then again, the Grand Theft Auto games were never about story anyway.

The main course, of course, of San Andreas are the missions themselves. You would think that after four years Rockstar could be more creative with their objectives. Every mission goes pretty much like this. Drive someone somewhere, pick something up, oh no the police, run. Do this a hundred times and you have beaten the game. On one mission I was asked to drive CJ's cousin's grandmother to the store to buy some hemorrhoid cream. As CJ comes out of the store you discover that his cousin's grandmother actually stole the cream as she has no money. A 5 star wanted level is slapped onto your wanted meter and off you go driving grandma's inflamed ass all over San Andreas trying to get home while she hits you with a wooden spoon and screaming that you are driving too goddamn fast. Pretty much every mission is like this!

Fortunately San Andreas has a Thanksgiving feast of mini-games to partake in, each one infinately more fun than the main game itself. The player can drive taxis, catch criminals, deliver newspapers on his bike, post on internet forums, rally for peace, purposely slip and fall in grocery stores and then sue the owner for millions, sell tainted hot dogs, get a job as a Kwik-E-Mart employee, shill for warranty plans at Best Buy, pull a bus with your teeth, play Pac-Man in a mini-arcade, go on Fear Factor, throw pies at Ann Coulter, crash award ceremonies, and breed cats. In fact the game's mini-games are so expansive that it's like having a bunch of video games in one. The best example is a horse racing mini-game at the Los Alamitas race track in Los Santos. CJ can bet on horses and watch them race, buy and breed world class studs, and run out onto the track and strangle his horse that did not win and cost him thousands. The mini-game is so detailed that CJ can actually walk to the stable where the horses are kept and brush their hair so that they are always pretty. CJ likes ponies.

Rockstar has upped the ante on realism this time around. To some this may sound like a blessing but to me it sounds like a chore. Now the player must find food to eat or he'll lose health and must also exercise constantly to keep in shape. But most surprisingly is the need to buy insurance in the game. In California drivers are required to carry minimum coverage car insurance at all times. Since San Andreas is a parody of California the player will be required to get CJ auto insurance, which can be purchased from San Andreas' many "reputable" insurance brokers. Insurance will clear a 2 star wanted level if you are pulled over. And trust me, you will be pulled over a lot in San Fiero. I hate exercising and paying for insurance in real life. Why would anyone want to do it in a game?

While many have touted the game's 150 hour completion time, the average player will most likely beat the game in under 30 hours. Why? The game is ridiculously easy! Gone are the days of lanky out of shape honkies that can barely shoot their gun straight. The main character this time around is African-American. What this means for the player is that you can pretty much just power through the game without a care in the world. You see, blacks are bred to be the better athlete. They are stronger, faster, and more inteligent than Italians. Thomas Jefferson invented the African-American and enslaved them for no good reason in 1701. It took the power of Rockstar games to liberate the black man and put him into a video game. What they didn't liberate, of course, was their A.I. As CJ players will be able to out-run, out-gun, and out-gum enemies in every mission of the game. In fact, you could probably just hold down the circle and R1 buttons, run to the yellow blip on your radar, and still beat most missions. But that doesn't mean I don't like this game. No way. I love this game. I love black people. I have many black friends in fact. If you don't rush out and buy Grand Theft Auto: San Andreas you are a racist. There I said it.

San Andreas is like a feast for the eyes. Gone are the jagged edges of Liberty City. Gone are the bleeding colors of Vice City. Rockstar has given Grand Theft Auto a new coat of paint and it looks better than ever. Using the most advanced in blur technology you would never guess that you are playing something that looks like it's a total conversion for Doom. By popular demand the trails are back and this time around they are better than ever. The technology is called "ghosting" and recreates the feeling of playing a video game on an overpriced $600 LCD monitor right on your home television set!

The cities are masterfully built featuring many large rectangles and cubes with low-resolution textures applied that may resemble something that possibly looks like a house or skyscraper. And what's more impressive is just how huge these cities are. In order to make San Andreas nearly ten times the size of Vice City and Super Mario Bros. 3 combined, Rockstar Games used an advanced technique called "copy and paste". By copying a house and pasting it into the same map four hundred times programmers can create huge cities that people with no jobs can wander through for hours.

The first thing players notice on their arrival to Los Santos is the orange glow that the city is engulfed in. Don't bother adjusting the tint on your televison, that's atmosphere! Los Santos recreates the city of Los Angeles perfectly. The white people live on one side and the black people live on the other. No other game has captured the true essence of Los Angeles better than San Andreas, not even the giant turd that is True Crime: Streets of LA. All throughout Los Santos are shootings, low income housing, and mass transportation that no one uses. The city streets are packed with cars. During the hours of 6AM-10AM and then again from 3PM-6PM the player will be forced to sit in traffic just like the real Los Angeles! Rockstar has cleverly placed halted construction projects on every major freeway that close lanes and infuriate drivers. Whenever it rains every car in the game will immediately drive into the nearest building or pedestrian. This, folks, is realism.

Music has always been an integral part of the Grand Theft Auto series and that is no different here. To accompany the ghetto atmosphere and hardcore violence, Rockstar Games is featuring over 10 radio stations filled to the brim with such world class artists as Hoobastank, Linkin Park, and Avril Lavinge. I've included a brief sample of the game audio for your listening pleasure. To show you just how much music this game has I'll include the track listing for one of the game's many radio stations, Playback, which features classic hip-hop, at no extra cost to you.

The abundance of music is incredible and I really must tip my hat to Rockstar. To secure so many world class artists is an impressive feat only comparable to the time I snuck into the Source awards and farted on the award statues.

Pros: The incredibly detailed mini-games. They are like whole other games in themselves.

In conclusion I felt the game lacked depth and bordered on retarded. It was a lackluster experience at best. Better luck next time Rockstar.

Grand Theft Auto is no doubt a legendary series in the history of video games and we have been honored to be allowed to bring our audience the very first world exlusive review of their very anticipated game. I havn't played it yet but my girlfriend tells me that it's just awful. Fun fact: Lowtax was supposed to write this review but he threw his review copy away. What a wacky guy.