Why the PlayStation 3 is the Dominant Home Entertainment Console

Hey ladies! Lowtax here and I have just seen the light. As you may know I hate the PlayStation 3. My thread in BYOB titled "bump this thread every day there's still no reason to own a PS3" encourages users to add a reply to the discussion every day there is still no reason to own a PS3, which before today was every day. All that has changed and I have closed the thread and banned everyone who posted in it! My eyes have been opened by this wonderful video by a fellow named Chad Warden. In it he describes in expert detail why the PlayStation is the best and how only nancy boys and sailors play the Xbox 360 and Nintendo Wii. Because of these revelations I have fired all other writers and renamed my web site to "Chad Warden's Something Awful: Presented by Lowtax". I hope Chad's first update helps you realize the error of your ways as it did for me. 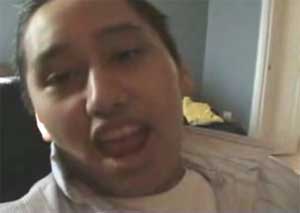 Greetings, my name is Chad Warden. You already know me from the popular Internet community YouTube. Richard, the proprietor of this establishment, has asked me to guest-host the front page column today in the hopes that my truth-slinging commentaries will drive up readership to this failing comedy site. The usual Thursday clown has been taken "ill" and has resorted to calling in sick once again, though between you and me this "Hassan" won't last through the vernal equinox. Can't imagine why anyone would read his columns since he shows loyalty to Microsoft and their laughable attempts at cutting into Sony's dominance of the home entertainment system market. But I digress.

If you have not viewed my video thesis on the PlayStation 3 entertainment console, do it now, as it will provide a basis for my claims and help further the discussion. I intend to prove that PlayStation 3 is the ultimate home console and that the Xbox 360 and Nintendo Wii are inferior alternatives. I will expand on those observations made in the video and make a few new ones. It might also serve you to read up on the histories of the prospective institutions we will discussing today. It will be a very busy update today and I hope that you, the otherwise boorish Something Awful reader, can keep up.

The "Wiimote": Controller or Sexual Aid?

This software might be called "Wario Ware: Shove This Controller Up Your Own Ass Game", a party game where the primary attraction is a mini-game that pits players against each other to shove the dildo-shaped controller into their buttocks. Perhaps a special edition controller could be included with the software to heighten the illusion such as a ribbed or self-lubricating device. Regardless, the current controller just isn't appropriate for the usual Mario Kart affair. 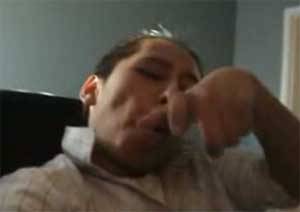 I find it silly when people say that the PlayStation 3 copied the Wii's motion sensing abilities. It is in my opinion that the Wii should copy Sony's ability to acquire quality titles, while Sony continues to copy everything else. Everybody knows PS3 has the best games. Proof? I'll show you.

Let's examine a popular Nintendo title called "Zelda". This is an adventure game where the player walks around like a small female dog, equipped with an inadequate sword and shield, making high pitch whines at enemies. It's not a very appealing concept to say the least. What gamers really want to do is to shoot African Americans, on their PS3.

The claims that Sony is copying other companies' designs are outrageous. It's Nintendo who is actually pilfering ideas. I present to you the PS1 classic, Final Fantasy VII. Nintendo is trying to copy Final Fantasy because they know that without it, they can't compete in the marketplace. Despite that, loyal PS3 gamers don't particularly care if other systems have a Final Fantasy game available for sale as the quality of the series has dropped considerably in recent years. The most recent game has the player running around as a little girl, and we all know the abilities of females are limited to manipulating penises with their mouths.

Sony is the true excrement, true excrement. Having said that, I have some observations about Xbox fans, specifically those who enjoy the Xbox 360. When a consumer goes into Best Buy or Circuit City looking for some entertaining gadget to bring home, they aren't searching for a graphing calculator or a math book. They want games. Microsoft's insistence of covertly pushing geometry on their customer base is laughable. Xbox 360 players who are actually buying into this concept are just trying to appear smart, without actually being smart. The ability of PS3 fans to understand the concept of a circle may be limited, but we just want to play games, not do geometry.

Speaking of games, that is one area that the Xbox is severely lacking in. It doesn't have any games available for sale. What is a console without games? You can't just stare at the hardware all day, though you could in the PS3's case as it is one handsome looking system if I do say so myself. There is, however, one game you could purchase for your Xbox 360, if you made the mistake of purchasing a unit in the first place, "Tears" of War. I can't help but chuckle at my ingenious play on words.

The African American community is trying to say that Gears of War is a title worth purchasing. It's simply not so. The developer's attempt to instill some kind of emotional impact into a first person shooter storyline was laughable. Perhaps they could have employed rapper 50 Cent or Fat Joe to extend some of their trademark masculinity to the storyline. The title would have been, as the kids say, "ballin'". 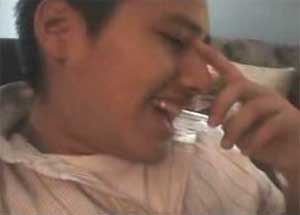 A lot of talk has been made about the upcoming shooter Halo 3. I find that a more appropriate title is "Gay"-lo 3, considering it's widely publicized homosexual audience. Research has proven that before most Halo matches homosexual African American males engage in 67% more sadomasochist homo-erotic love making than usual in order to prepare themselves for the amount of homosexual images one sees in the average Halo map.

Sony always triumphs in the console wars. It's the appearance of the console, not the hardware inside, that truly decides who is victorious in the marketplace. The PS3's plastic housing contains qualities not unlike my hair. It's black and slick, and evokes the kind of manliness that only true African American males are attracted to.

The cost of Sony's unit has turned many off to the console. I often wonder what kind of cardboard boxes those people are living in. Six hundred dollars is pocket change for me, and my parents are able to skillfully pick up the bill. I would offer you $600 just to cease your discussion about inferior consoles and your inability to pay for the best. It's difficult to impress women with the Wii, as they would think less of me if I carried one with me everywhere I go. It's the PlayStation 3 that makes women go crazy and defecate themselves at the sight of it's magnificence.

The inferior consoles have a rough road ahead of them. All I can say is that I hope they enjoy operating in Sony's shadow, if they can continue operating at all. One day homosexual African Americans will see the light, a light emanating from a blue diode reading data on the discs of the most ballin'-est games on Earth. One only hopes that Sony can duplicate the success they enjoyed with the PS2 and such games as 50 Cent Bulletproof.

Something tells me they can, and will.

About the author: Chad Warden is an aspiring comedian who makes his living creating viral videos to illicit strong reactions out of autistic YouTube users. In the past Mr. Warden has appeared at the Laugh Factory, the Improv, and comedy clubs all over Las Vegas. Recently he was asked to appear on The Late Show with David Letterman and Late Night with Conan O'Brien. In his spare time Chad enjoys writing novels, running with his dogs, and spending time with his beautiful wife and kids in the Hollywood Hills.