Dwarfs, midgets, wee-people, the tiny devils, lil' pints of Hades; whatever you call them, these little people play an invaluable part in making our lives better. They simultaneously remind us of why it's so great to be normal sized and why we must fear their bestial cleverness.

Love them or hate them, join me as we celebrate the world's 10 greatest little people! 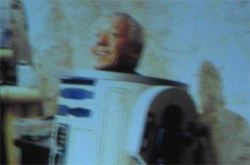 How you know him: He occupied the beeping trashcan body of R2D2 in all of the Star Wars films.

You might not recognize Kenny Baker, but he is one of the longest-working little people in the entertainment industry. He has appeared in all six Star Wars movies and has only been arrested for drunk driving once!

Why he came in last on the list: You never see his face or hear his voice.

Why he made the list: He can still pull long lines at sci-fi conventions with his gorgeous signatures. 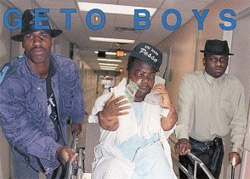 How you know them: Joe C. was a member of Kid Rock's posse and Bushwick Bill was an integral part of 90s rap legends the Geto Boys.

For years where Kid Rock went so went Joe. The ubiquitous Lilliputian could be seen strutting around on stage at Kid Rock's concerts and just hanging out with Rock during MTV interviews. Joe C. died tragically in 2000 when he escaped from his cage during one of Rock's coke-fueled benders and was slain attempting to pilfer cheese from a rat trap.

Bushwick Bill, on the other hand, is alive and enjoying a modestly successful solo career despite having shot out his own eye during a 1991 suicide attempt.

Joe C.'s nadir: Joe's high and low points involved prancing around on a stage alongside one of rock music's biggest mistakes.

Bushwick Bill's nadir: Following his 1991 suicide attempt the photo of a one-eyed Bill recuperating in the hospital was used as the cover for the Geto Boys album We Can't Be Stopped. 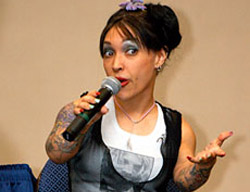 Bridget Powers has appeared in more than 45 adult movies and has subjected her tiny frame to pretty much every depravity you can imagine.

Her career low point: She is now pint-sized Courtney Love for heavy metal band BlakkOut. Her number one influence is listed on the band's website as "The Beetle's". 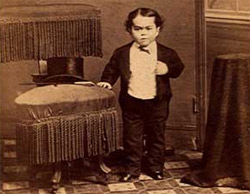 How you know him: You may not, but he is one of the most famous midgets of all time, touring with P.T. Barnum in the late 19th century.

Leopold Kahn is known best by two of his several stage names: Admiral Dot and the El Dorado Elf. He was discovered by circus promoter P.T. Barnum in 1870 and joined the traveling circus as a living oddity. He was dressed in a tiny mockery of an admiral's uniform and appeared alongside his mother as Admiral Dot. Kahn toured with Barnum and with the Locke & Davis Royal Lilliputian Opera Company, a troupe composed entirely of midgets, for several decades.

The bigger they are the less they make: Claimed to be only 25 inches tall, Kahn continued to grow despite his billing and was eventually undershadowed by smaller midgets like Major Atom. He continued to tour and enjoyed great success.

He's in midgets and acquisitions: After retiring from the pro short dude circuit, Kahn became an entrepreneur and opened the Admiral Dot Hotel in White Plains, New York. 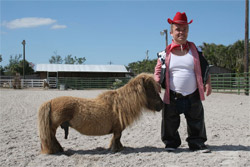 How you know him: Wee-Man, the Jackass midget.

Acuna is possibly the least-crabby of the little people appearing on this list. He gamely grapples with adult children in nearly every episode - and both film installments - of MTV's Jackass. He has been kicked in the testicles more times than any other midget or dwarf in the world.

He owes his career success to: The fact that it is illegal for Johnny Knoxville to throw a child into a pit full of alligators.

Raw talent: As demonstrated in an episode of Jackass, Acuna is able to kick himself in his gigantic dwarf face.