In Our Hubris, We Gave Them the Thundershirt 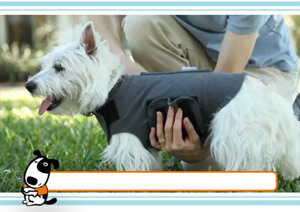 We armored them against us.Why did we do it?

What were we thinking?

Of course fear was how we achieved their obedience. They feared the word "No!" They feared the sound of a jet passing overhead. They feared the Emergency Broadcast signal. Most of all, they feared thunder. It was something primal. When the boom of thunder struck in the sky above our dogs cowered in fear beneath tables and beds. We walked around the house with our Caprisuns and our pocket televisions and all the other useless trappings of so-called civilization. Our arrogance was unbelievable in hindsight.

It all began with an advertisement. Simple enough. A shirt to swaddle our dogs in comfort. A remedy for the fear they experienced each time a storm swept over our houses.

They called it the Thundershirt, but it might as well have been called Pandora's Box.

The pitch was simple: wrap your dog in the tight-fighting shirt and your beloved pet would feel comforted. Even the most cowardly of hounds would find new reserves of courage.

And it worked all too well. 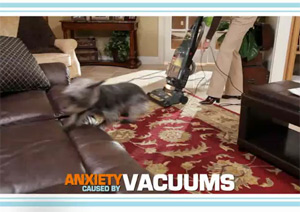 Our weapons were useless.The canine fear of thunder was extinguished in a matter of years. A few observant owners might have seen it then. That first prickling gaze of their dog. They no longer feared thunder and they no longer feared us. The Thundershirt had liberated the world's dogs from all their fears.

One by one, house by house, city by city, the dogs began to disappear. Nobody knew where they were going, all we knew was that they were taking their Thundershirts. At night you could hear them in the distance, howling like wolves. There were signs of them: footprints by the hundreds in fresh mud, butt-walking streaks on asphalt, torn open garbage bags in a living room. I remember when the news helicopter spotted that soggy middens of thousands of chewed tennis balls.

The weather men were predicting the storm of the century would blow across the United States. From coast to coast and everywhere in between a wall of rain and heavy thunderstorms threatened to knock out power and cause serious damage. I'll never forget that storm. There was so much thunder it seemed the heavens were exploding into ruin above our heads. 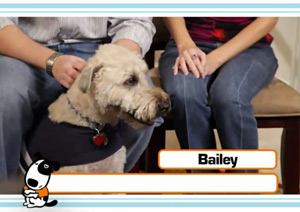 In our arrogance we assumed we could tamper with the very stuff of reality.The power switched off early in the evening, but I had an old hand cranked radio. The last thing the announcer said was that there was a puppy scratching at the door. Then the screaming began.

They were fearless. Without our electricity we were unprepared. They had learned to walk on hind legs and they wore headdresses of chicken bones and cat skulls. They were no longer haunted by subservience. Their Thundershirts were daubed with pigment.

They captured us without a fight. My dog, a big yellow lab, looked at me with sympathy, I think, but there seemed to be nothing he could do as they surrounded us, growling. I was sure I was about to be torn apart by a hundred neighborhood dogs.

It was that poor bastard in the minivan that saved my life. He roared past, swerving to avoid the dogs, speeding up as he took a corner and went up on two wheels. The dogs couldn't resist a car. My yellow lab stayed behind as the pack chased after the van. It was so strange to watch them run upright. Their upper bodies hardly moved at all and it gave them the graceful strangeness of a pirouetting ballerina.

My yellow lab nosed open the sewer. His sympathy was pity. The message was clear.

"This is our country now. It's your turn to cower in fear and hide under the bed."

We crawled into that subterranean world, maybe never to emerge, joining the terrified bedraggled refugees. Our hubris defeated us. We never should have given them the damn Thundershirt.